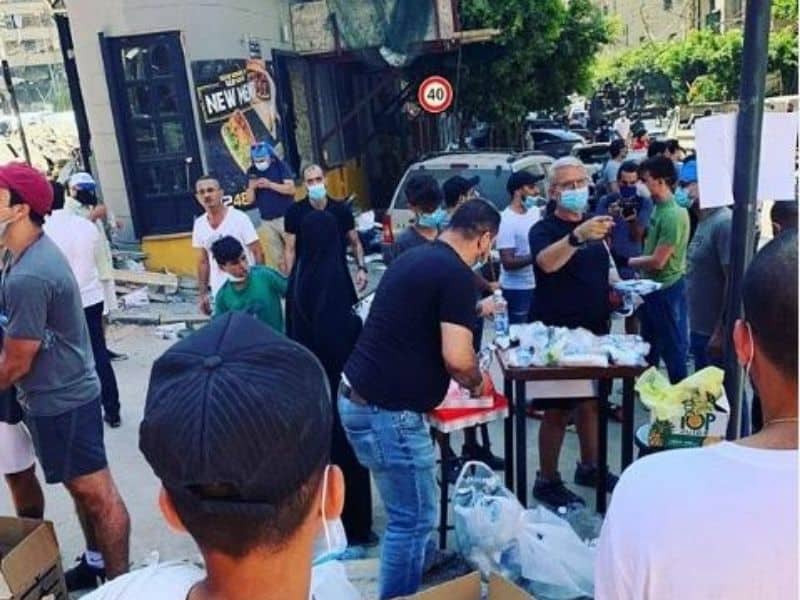 A Christian church in Beirut loved and served their neighbors through cleaning up the hospitals damaged in the explosion.

Bibliatodo News reported that Andre Argente and Michel Matar started the initiative. They gathered their members and ministered to the affected. Pastor Andre shared their efforts of solidarity in his social media account.

The team went for the hospitals because hospitals are greatly needed in Lebanon today. Last Tuesday’s explosion has put a strain on the already struggling hospitals in Beirut. But the blast also damaged several city hospitals so severely that they can no longer admit patients. Because of this, saving lives now outweighs the threat of the coronavirus. 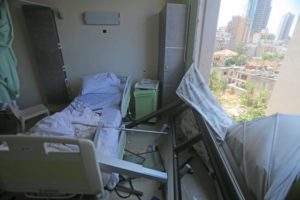 Pastor Andre said, “Thank God, we were able to clean everything up. Everything is clean inside. God is faithful.” The ministry finished cleaning up the debris and glasses inside Hospital des Soeurs du Rosale.

“Everything here was made of glass and rubble. But we managed to get it all out. Keep praying for us. Tomorrow we will be here again to clean up this and other hospitals that need it,” he added.

Also, the team set up a support tent beside the hospital to provide food and water for the volunteers. They hope many volunteers will join them because the need is so great.

“We thank you for your prayers, for whatever comes from the Lord God is welcome. We walk here in Beirut and almost everything we go through is destroyed. So, as a Church, we have to go to the countryside, help people clean, eat too, because many people have lost their homes, cannot cook and have no food,” he shared.

He continued, “So this is what we are doing now, basically. Now we’re going to look for more volunteers, because the need is so great.” 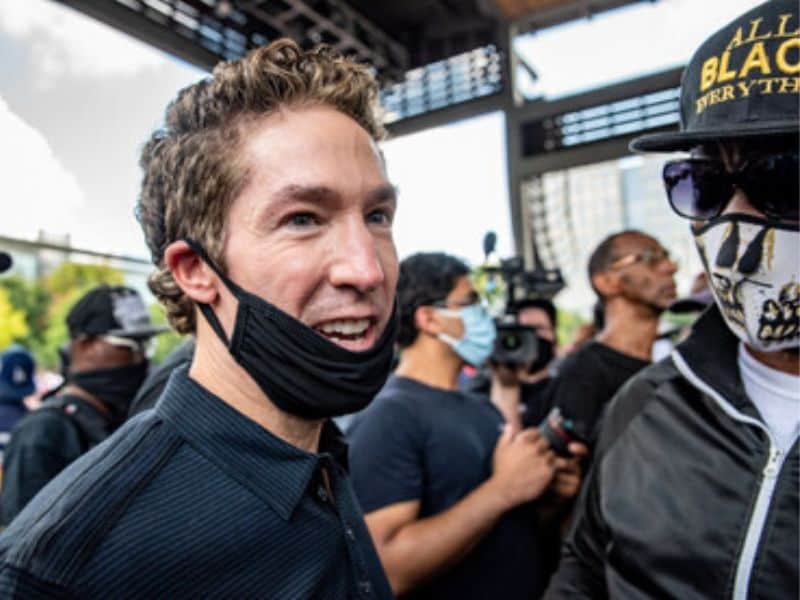 Many Christian artists, leaders and ministers joined the Blackout Tuesday, a movement to raise awareness against racism in America after the death of George Floyd.

According to Christian Post, the movement aims “to encourage individuals, organization and brands to only post messages on social media speaking out against racism toward black and brown people, and using a simple black background.”

Music industry professionals Jamila Thomas and Brianna Agyemang initiated the movement. They seek to halt the music industry for one day in protest against racial discrimination. Many Christian artists responded to the cause – Kari Jobe, Danny Gokey, Switchfoot and TobyMac to name a few. But their initiative extended beyond their industry.

With that said, black photos flooded Facebook, Twitter and Instagram with the hashtags #BlackoutTuesday and #BlackLivesMatter. Many posted a brief message meant to educate and encourage people on loving people regardless of color. Their peaceful denunciation of injustice dominated the social media, having millions of user joining the effort.

One influential Christian minister who joined was Paula White. On her Instagram account, she shared her discontent with her black photo background. She referenced Martin Luther King Jr. saying, “Injustice anywhere is a threat to justice everywhere.”

Furthermore, Osteen participated in a march in Houston last Tuesday against injustice and paying honors to George Floyd, whose hometown was in Houston. He said, “We’re all outraged but I think we can turn the anger into action, that we can do our part to love one another.”

The love of Jesus is the only antidote

Televangelist Joyce Meyer gave a piece of her own mind regarding injustice and racial discrimination. She went with a five-picture message for her Blackout Tuesday post.

“I have been crying out to God for unity. Period,” she wrote. “My heart is broken by the tragic senseless deaths of black Americans and the state of our nation. God created us all in His image equal and unconditionally loved. We must work diligently to love and value one another in the same way.”

“In the same way, and we must speak out against injustice,” she added. “Because of the abuse in my childhood. The poison that is anger, bitterness and hatred, nearly destroyed my own life. And I have learned that the love of Jesus is the only antidote. I am praying for our nation, and all of her people for healing, forgiveness, reconciliation and justice. God wants better for us whole overcome evil with good love conquers all.” 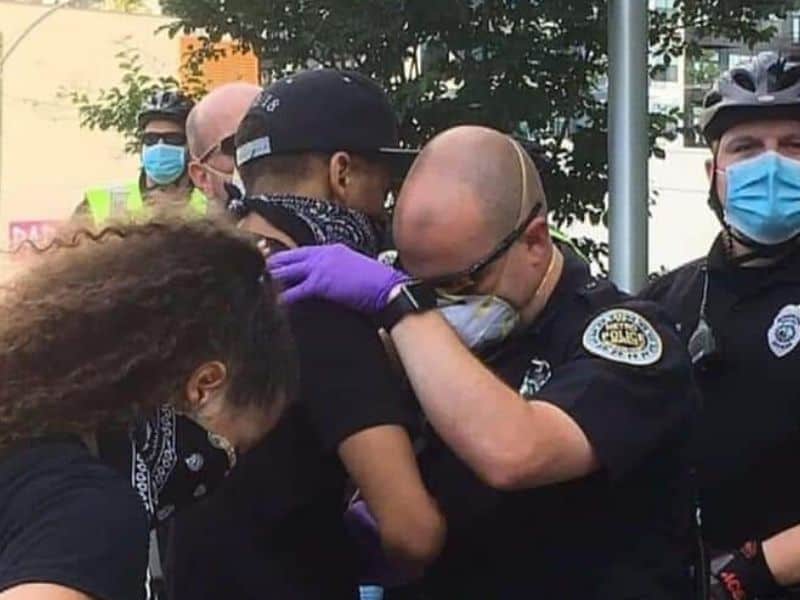 Police Officer And A Protester Caught Praying Together Amidst The Protest

A police officer and a protester were captured praying together during a protest in Tennessee. The picture holds inspiration and hope to many in these difficult times.

Last Saturday, protesters in Tennessee marched after the death of George Floyd. Officer Garren Hoskins stood guard amidst the rally. While fulfilling his duty, he can’t help but listen to a protester who was sharing his Christian faith to the crowd.

The man holding his sign, preached and quoted Bible verses. The preacher’s boldness captivated Hoskins as he also shared the same Christian faith with the protester.

The encounter between the police officer and a protester

Subsequently, Hoskins started a worthwhile conversation with the protester. A moment came where Hoskins and the gentleman just stood there. “I felt an opportunity as a police officer and a person so I asked him, ‘Would you like to pray?’ He put his sign down, looked at me and said, ‘Absolutely.’”

In the midst of Sat’s confrontation between protestors & officers at the Central Precinct, Officer Garren Hoskins and the protestor in front of him began talking about their shared Christian faith. Hoskins asked the man to join him in prayer. He put his sign down. They prayed. pic.twitter.com/c1KasU9dNQ

With heads bowed down and in an embrace, they prayed about “all men treated equal under God”. Their heartfelt prayers touched the both of them

Apparently, the two did not know a photographer shot them. Their picture together moved the officer in a powerful way.

He said, “I believe it created a solidarity there between him expressing his freedom of speech and me there as a police officer and that’s something the world needs to see.”

“You can see rioting and looting in all cities across the United States,” he added. “But I think there are things happening outside of those images that are real and powerful and my image happened to be caught at that time.” 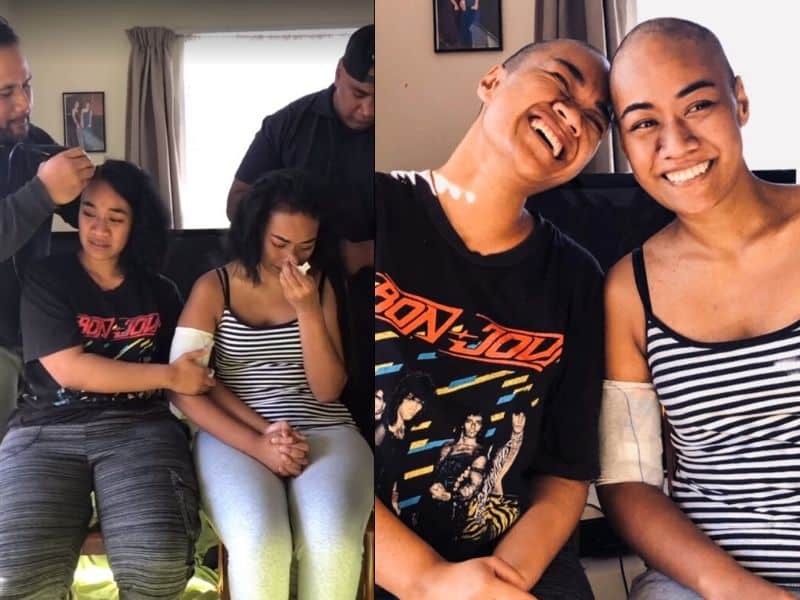 Watch: Emotional Video Of Twin Sisters Shaving Their Hair Off In Solidarity Against Cancer

A video of twin sisters from Auckland, New Zealand went viral for their solidarity in fighting cancer. Joella Lee-lo decided to support her sister, Joanna, who is going through cancer treatments, by getting their hair shaved together.

“But because of lockdown, she had to do it all alone in hospital without her family there to hold her hand and wipe her tears when she needed it. The only contact we had with her was through a video calls and messages.”

Their family went through a hard time. They couldn’t even accompany Joanna at the hospital. Nonetheless, they admired her for her bravery and strength while facing cancer treatments. She knew that God and the memory of her late grandfather “was there with her every step of the way.” “She had the support of our entire family too who prayed for her day and night, especially our Nana Tinei Fia Lee-lo,” she added.

“Today, she decided to show just how brave and strong she was by shaving her head so treatments could be easier. I couldn’t let her go through with it alone so I decided we’ll do it together just like everything else we’ve done together in this life. I love you so much my beautiful sister. You are a fighter and we’ll fight this battle together.”

Watch the emotional and touching video below.