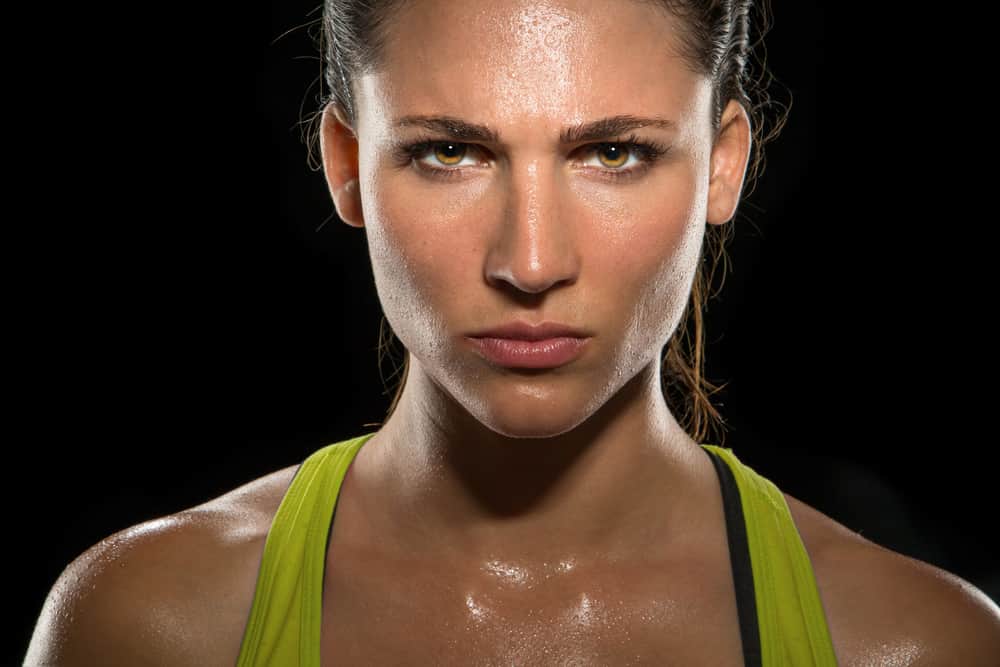 When Fear Stares You in the Face, Stare Back in FAITH

“The secret (of the sweet, satisfying companionship) of the LORD have they who fear (revere and worship) Him, and He will show them His covenant and reveal to them its (deep, inner) meaning.” (Psalm 25:14)

Sweaty palms, shortness of breath, the weight of panic closing in—Have you ever felt surrounded by fear? Fear can be relentless, tormenting, and intimidating when you look at it from a human perspective. To combat fear, there have been times that I have held my Bible at night while sleeping to remind myself to hold on to God’s promises and to remember that He is there.

Although fear may be raging out of control, God holds us steady and protects us from danger and the onslaught of unanswered questions, uncertainty, and unknowns.

If you are struggling with fear in whatever capacity it may present itself in your life, take refuge in the ONE who can fight for you. A well-known picture comes to mind when I think of God as our refuge and fortress. The image shows a man standing in the doorway of a lighthouse as tall waves are swirling all around him, yet he remains unharmed. This is a powerful reminder that although fear may be raging out of control, God holds us steady and protects us from danger and the onslaught of unanswered questions, uncertainty, and unknowns (all of which can fuel fear in our lives). We can walk away from fear and into the fortress of FAITH.

When we look at events through spiritual eyes, the intimidation and the gigantic obstacles diminish.

When we look at events through spiritual eyes, the intimidation and the gigantic obstacles diminish. This is exactly what happened to Elisha, the prophet of God, and his servant. II Kings 6 discusses the threats that Israel was facing from the king of Syria as the two countries were at war. However, Elisha, a man of God, was able to forewarn the king of Israel of the upcoming plots, because God revealed it to him. The king of Syria thought that one of his men was betraying him until he realized that it was Elisha.

“…But Elisha, the prophet who is in Israel, tells the king of Israel the words that you speak in your bedchamber.” (II Kings 6:12). Wow! Elisha was NOT sitting next to the room with his ear up to the doorway writing down everything that was being said and reporting it back to the king of Israel. Instead, he was SPIRITUALLY so in tune with God, that God revealed every secret that was being planned in the king’s bedroom. Elisha knew the power of God, but more importantly, he communicated with the One who is in control, and this relationship allowed him to look past circumstances with his natural eyes and see into the spiritual realm.

With spiritual vision, they could see that the supernatural forces surrounding them were greater than those trying to come against them.

Once the king of Syria was aware that Elisha was the one revealing his secrets, the king decided to go after Elisha. Did Elisha run away in fear as he was being threatened by this ruler? No. He stayed steady because he knew WHO was fighting for him.  “So (the Syrian king) sent their horses, chariots and a great army. They came by night and surrounded the city. When the servant of the man of God rose early and went out, behold, an army with horses and chariots was around the city. Elisha’s servant said, “‘Alas, my master! What shall we do?’” (2 Kings 6:14-15).

Sounds like a statement that many people would obviously make! It is so easy to see the human perspective of a situation and feel intimidated and panicked. What Elisha said next speaks volumes: “‘Fear not; for those with us are more than those with them.’ Then, Elisha prayed, ‘Lord, I pray You, open his eyes that he may see. And the Lord opened the young man’s eyes, and he saw, and behold, the mountain was full of horses and chariots of fire around Elisha.’” (2 Kings 6:16-17). Double WOW!!!

The prophet prayed for his friend to have a revelation of the truth: God was protecting them, and they need not fear. With spiritual vision, they could see that the supernatural forces surrounding them were greater than those trying to come against them. I am sure that the servant of Elisha breathed a huge sigh of relief when he visualized the horses and chariots of fire positioned for the purpose of their safety! When you continue reading this chapter, you see God’s ultimate deliverance and how fear is turned into faith.

If you are currently facing a situation where you are tempted to panic, learn from Elisha’s example. He had a close relationship with the Lord, and his perspective was on the strength of God, not the strength of the negative circumstances coming against him. What encouragement to draw strength from when facing fearful situations! If you too need your “eyes to be opened” spiritually and your faith to be ignited, there are several key principles to remember.

Ask Him to reveal His secrets to you and to give you “spiritual lenses” so that your perspective is focused on His ability to help you in your situation.

The Bible has many verses to combat fear, and it helps to write these verses down and put them in places where you can focus on the power of God.

When we truly know that God loves us and cares about us, we can breathe a sigh of relief knowing that we can run to Him as our refuge and as our strength. Remember that He is in control of everything.

When we lay down our fears before the throne of God in prayer, we can move forward in FAITH knowing that He is moving on our behalf. As we trust that God is fighting for us, our earthly fears and “enemies” become minuscule knowing that God is working supernaturally. Let’s encourage one another to let fear dwindle and FAITH rise.

Jeremiah 29:11-13: “’For I know the thoughts and plans that I have for you,’ says the LORD, ‘thoughts and plans for welfare and peace and not for evil, to give you hope in your final outcome. Then you will call upon Me, and come and pray to Me, and I will hear and heed you. Then you will seek Me, inquire for, and require Me (as a vital necessity) , and find Me when you search for Me with all your heart.’”