Spread the Word Of God 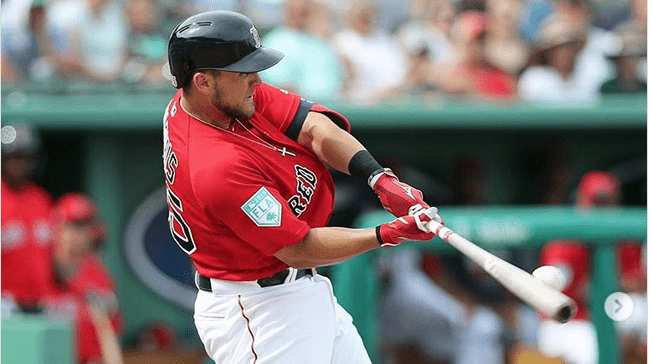 Michael Chavis is a 23-year-old baseball player for the Red Sox who has a record of making 29 hits, nine home runs and 24 RBI’s, causing him to be named ‘Rookie of the Year’.  According to Michael, he places the greatest importance on his faith and it would be useless for him if he didn’t’ use baseball as a platform to witness for Jesus.

“I love God, my family, and baseball” – Michael Chavis

Michael’s faith is obvious by the way he lives, both on and off the field, According to him, the best way to share the Gospel is through one’s example, without compromise. sharing the love of God with all people.

“I’m not going to be some missionary where I’m pushing it on everybody and shoving it in their face,” he says, “However, given the platform I’ve been given, I think it would be a waste if I didn’t use it to try and spread the Word.

“I just want to show that if I’m in this position, if I can bring one or two people to Christ and show there is a different light in me, I think that would make a big difference,” he said.

In an interview with WEEI Radio, Michael explained how he had to find a balance in discovering his place on the team while sharing his faith at the same time.

“It’s kind of a tough area for me right now being the new guy and trying to find my spot in the clubhouse. I don’t want to be a distraction for anybody.

“I think the focus should be on baseball and winning ballgames,” he said. “However, I’m still going to use my platform to praise God, and it’s going to be part of my life. That’s not going to change.”

Due to his boldness in sharing his faith, Michael has received some criticism, but instead of closing his mouth and being quiet, he chooses to stand and explain why it is so important for him to share his faith in God. This is what it looks like to be a Christian not just in name but also in word and action.

Share this to inspire other believers to be a fearless witness for Jesus.

The phrase “do not be afraid” is written in The Bible 365 times. That’s a daily reminder from God to live every day fearless.