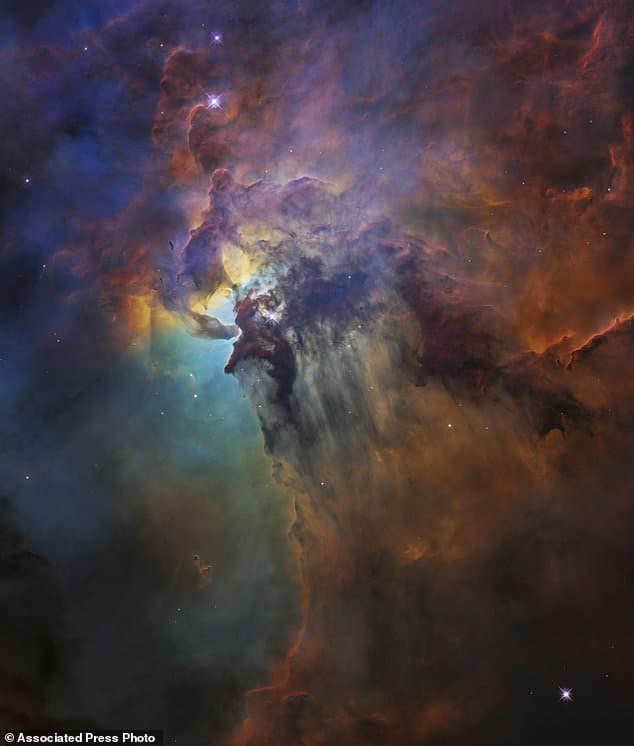 The Stellar Nursery, official photographs were released by NASA recently and show another wondrous, heavenly picture of God’s creation. The pictures taken in February mark the Hubble Telescope’s 28-year launch.  As man celebrates his own accomplishments in the creation of the Hubble Telescope, I for one believe it is only right to honor Him who made the Stellar Nursery!

“The heavens declare the Glory of God; the skies proclaim the work of His hands” (Psalm 19:1)

This photograph it is quite simply breathtaking. Through the masses of colors, we can see little white dots. These are in fact new stars, in the embryonic stage, hence the name Stellar Nursery.  If you watch the video that NASA provides online, you can see them being discharged into the heavens – it’s a wonder to behold.

Surely, all of God’s creative genius is evident here. Reflections of a heavenly opulence that will never be recreated. It is clear that only God Himself  could have ‘painted’ such a picture, and it’s no accident that it exists…Constantly populating Heaven with new life and new purpose, it’s incredible to think that in the midst of the heavens, God created a ‘cosmic nursery’ for the His new stars.  I would also note that its taken man literally thousands of earth years, to figure out a way to just capture it.

“It is clear that only God Himself could have ‘painted’ such a picture. It is no accident it exists.”

I recall vividly, how in my youth I used to love astronomy. I was fascinated by it. Nothing would please me more that to go on a trip with my school to the local planetarium. Watching the different ‘skies’ recreated  on film and with the rotation of the dome above us. My mind was soon taken up to the heavenly realms above the earth. As I continued to ponder these memories, I thought of Genesis and quickly got out my Bible. Genesis 1: 14-15 in the Complete Jewish Bible gives a very insightful picture:

The word ‘dome’ immediately popped out of the page at me. The same word is used five times in Chapter 1, Vs 6-8, in the Hebraic translation,

It’s incredible to think some people still believe the world is flat! Yet, apart from the visual proof that man has provided over time, it was actually written in the Bible all this time.

“The heavens declare the Glory of God; the skies proclaim the work of His hands.”

Are you God’s tenant or permanent resident?

The Stellar Nursery is a supreme example that our God is not only an active, creative being, but our Heavenly Father who loves new life in all it’s forms. How precious and valuable it is to Him. As believers however, we are not just tenants of this physical world we see around us (1 Chronicles 29:15), but we are permanent residents of God’s Kingdom. We have a responsibility to Him, in all areas and realms. It is up to each to seek God’s face on this.