BREAKING
Catch a Ride on a Shared Scooter—“Micro-mobility” Coming to Tel Aviv Next...
Israel Military to Conduct First-ever Simulated Strike on Iran
‘Injury to the Heart of Iran’: Details on the Life and Death...
STAND WITH UKRAINE
Home Tags Posts tagged with "STEM"
Tag: 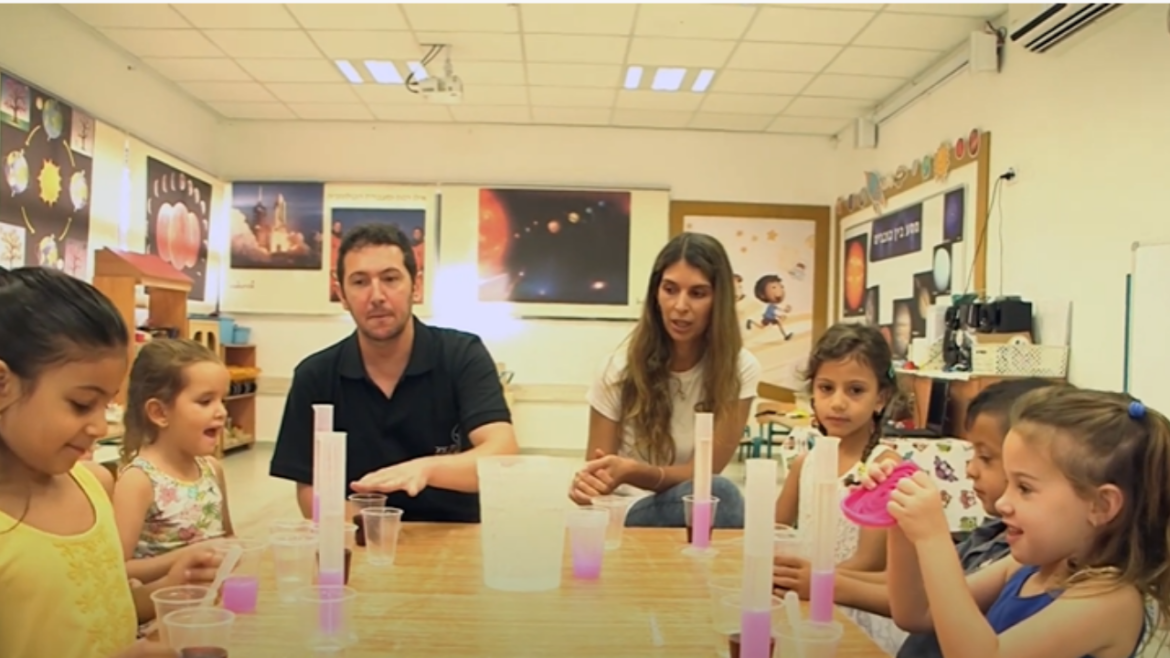 From Beersheba to Beit She’an, kindergartners— starting as young as age 3! —will have an opportunity to reach for the stars, thanks to an innovative partnership between global security and aerospace giant Lockheed Martin and the Israeli Education Ministry.

Ever since Israel nearly landed a ship on the moon a few years ago, science aspirations have gone through the roof—to the moon, you could say. While some saw the Israeli spaceship that crashed into the moon’s surface as a failure, the smarter ones knew that it would create a new generation of ambitious scientists from Israel—the “Start-Up Nation.”

In its failure, Israel joins a fraternity of seven nations that have orbited the moon.

“The new science kindergartens send a huge message to our children. They will now be exposed to the fascinating world of STEM studies at a young age and experience this special learning process,” said Education Minister Yifat Sasha-Biton at the inauguration ceremony in Beit She’an.

“These kindergartens are a part of the concept we are leading in the education system, focusing on exposing children to the world of science and technology at an early age, as part of their natural educational environment inside the kindergarten.”

Lockheed Martin Executive Vice President Stephanie C. Hill said at the ceremony that her company “commends” the Israeli government for its work to foster a “dynamic learning environment for children and welcoming them into the world of scientific discovery.”

Hill added that the MadaKids program seeks to “inspire and nurture children as they grow and develop into the next generation of scientists, technologists, engineers, and mathematicians.”