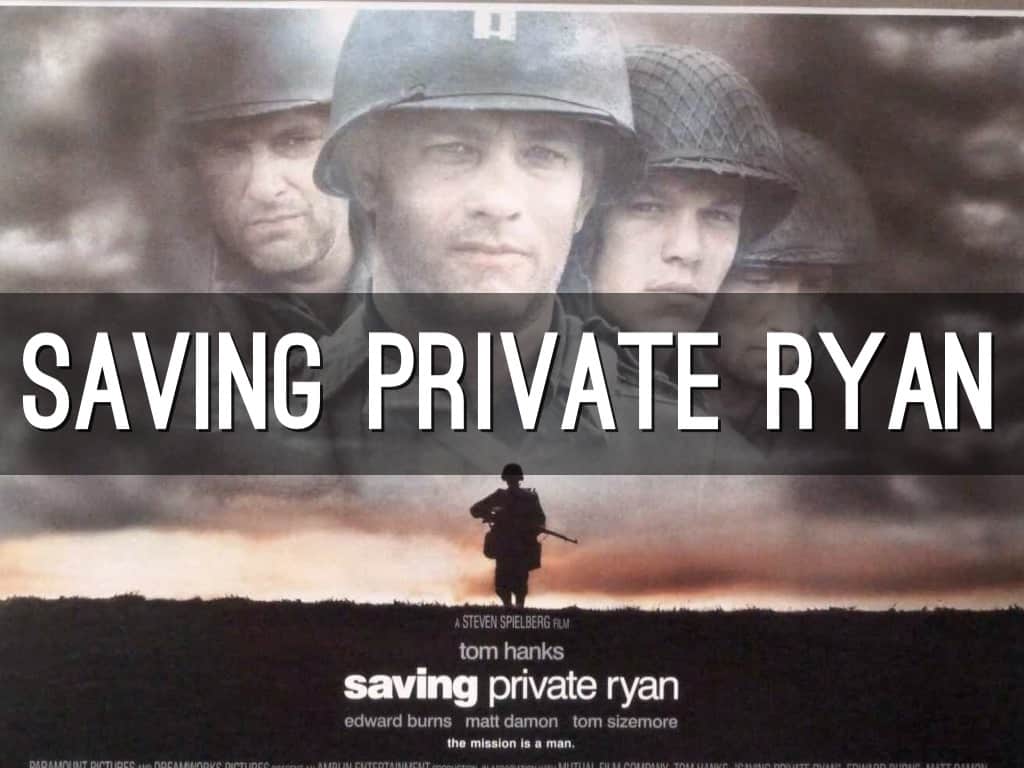 Almost twenty years ago, Spielberg tore up the war movie rule book and revolutionised the way combat is depicted onscreen. The opening – a fiercely realistic, uncompromisingly brutal, blood-soaked sequence amid the Omaha Beach D-Day landings – is in and of itself some of the most extraordinary cinema ever committed to celluloid. The grunt-level verite camerawork, desaturated colour, innovative frame rates and absolute commitment to realism provided a visceral experience unlike anything that had been seen in movies up to that point. In fact, when Spielberg showed the film to veterans, they all agreed that this was, finally, a depiction of D-Day that accurately portrayed the terror and carnage of fighting on those beaches – complete with dismembered limbs, young men with their stomachs blown open crying for their mothers and so on. Adjectives like harrowing barely cover it.

The influence of that sequence has been felt in the genre ever since (in everything from Black Hawk Down to Band of Brothers, Letters from Iwo Jima and Hacksaw Ridge). The opening of Saving Private Ryan could be a short film in its own right that without editorialising depicts the absolute hell of war, with no place for false heroism or idealism. By contrast, the remainder of the film has a conventional narrative, and whilst it is still worthwhile, nothing matches the power of that opening sequence.

What we get after the opening, however, is a mission to infiltrate enemy lines and rescue the eponymous Private Ryan (Matt Damon) – a soldier whose three brothers have all been killed in the line of duty. To avoid a PR disaster and ensure the grieving mother has at least one son returning home, Captain Miller (Tom Hanks) is sent to retrieve Ryan with his squad; which includes gruff Sergeant Hovath (Tom Sizemore), malcontent Rieben (Edward Burns), God-fearing sniper Jackson (Barry Pepper), medic Wade (Giovanni Ribisi), as well as privates Mellish (Adam Goldberg) and Caparzo (Vin Diesel), both of whom tease wet-behind-the-ears Corporal Upham (Jeremy Davies).

As the story unfolds in a series of gripping and effective vignettes, it is not Captain Miller or even Private Ryan who prove to be the most interesting character, but the afore-mentioned Upham. In war movie cliché terms, he seems set up as the cowardly soldier who will eventually come through in an act of heroism, but this never happens. At one point when Miller and his squad face a choice between executing a captured German soldier that they cannot risk taking with them, or else letting him go and hoping he doesn’t end up back in circulation in the German army, Upham argues that he should be released. Miller reluctantly concedes, but it is clear the decision will come back to haunt him.

Later in the film, Upham cowers as a Jewish soldier is brutally stabbed, whilst he does nothing. What is Spielberg saying here? That Upham symbolises naïve intellectual appeasement types who stood by and did nothing, which led to the Holocaust? Is he condoning the killing of prisoners of war? Later Upham shoots the same soldier he previously argued should be released, but by then it is hardly an act of redemption.

However, beyond all of this, there is a fascinating spiritual allegory. The resentment Miller and his squad feel towards Ryan is understandable, and as they inevitably start to get killed off, the survivors can’t help but wonder does Ryan deserve to be saved? Why should they risk their necks for him? Indeed, when they finally come across Ryan, he insists on remaining with his men and does not want to be saved. How then should Miller proceed?

Ultimately, from a Christian perspective, no-one deserves to be saved, and according to the Bible, believers are not saved by works. But interestingly, Miller ultimately urges Ryan to “earn it”. Christians have a chance on this Earth to do something extraordinary for God. Jesus died so that believers could be saved, but also so that they could find what God wants them to do and do it. The spiritual message in Saving Private Ryan, regardless of whether it was intended as such by the filmmakers, is very clear in that respect.