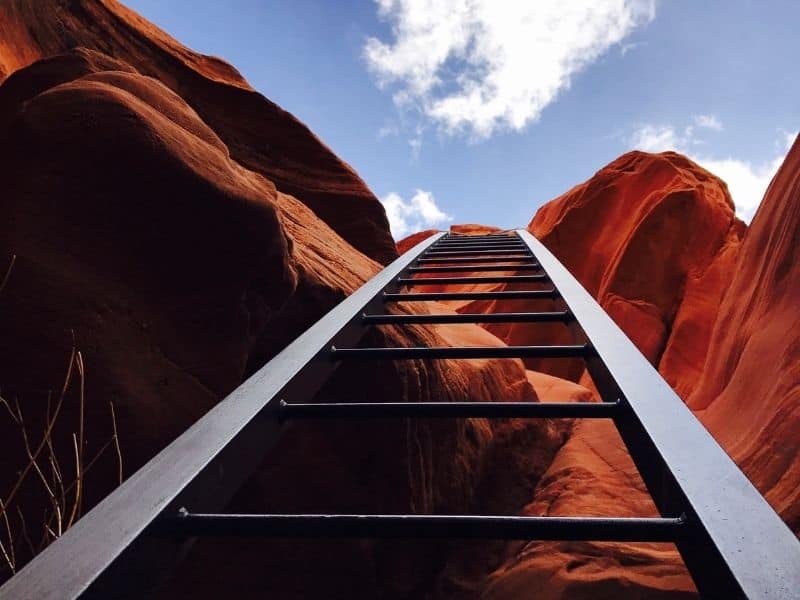 When Jacob was a young man, he had an unusual dream during his troubled times. He dreamt of a ladder with angels ascending and descending on it. The Hebrew word that was used for ‘ladder’ in the passage was Sullam. Interestingly, ‘Sullam’ was no longer used throughout the Scriptures. Could there be a deeper meaning behind it? Let us discover.

Genesis 28 tells of Jacob’s escape from the fury of his twin brother, Esau. Jacob deceived their father, Isaac, and acquired the blessing that was supposed to be for the firstborn. Knowing of Esau’s anger, their mother, Rebekah, sent Jacob on a journey to flee from his brother.

During his trip, he stopped for a night and slept there.  Then, he dreamt of a ladder with its end reaching heaven. Angels were ascending and descending on it. Above the ladder stood the LORD, and He revealed Himself and His promises to Jacob. He woke up afterward and called the place Bethel.

In its original translation, the ladder ascribing to Jacob’s dream is the Hebrew word, ‘Sullam.’ The word, Sullam, appears nowhere else in the Bible. Since there are other Hebrew words for ‘ladder,’ Sullam must mean something different.

Sullam is spelled in Ancient Hebrew with the letters Samekh, Lamed, and Mem. Samekh has a picture meaning of supporting and assisting. Lamed has a picture of a staff which means having authority or the voice of authority. While Mem is the picture of liquid, it refers to the Living Waters or the Word of God that brings life.

The pictographs indicate that someone is being supported by the amazing ladder. And these are the angels that brought the message of blessing to Jacob that God is always near. ‘Sullam’ is the instrument that gave the refreshing message to Jacob.

Moreover, there is a powerful revelation in the Book of John that parallels Jacob’s dream. Jesus said in John 1:15, “Very truly I tell you, you will see ‘heaven open, and the angels of God ascending and descending on the Son of Man.”

Sullam is, therefore, Jesus Himself. He does not only point the way to the Father, but He is The Way. Through Him, we come to the Father and receive the blessings and promises of God.

Learning The Different Authors Of Psalms