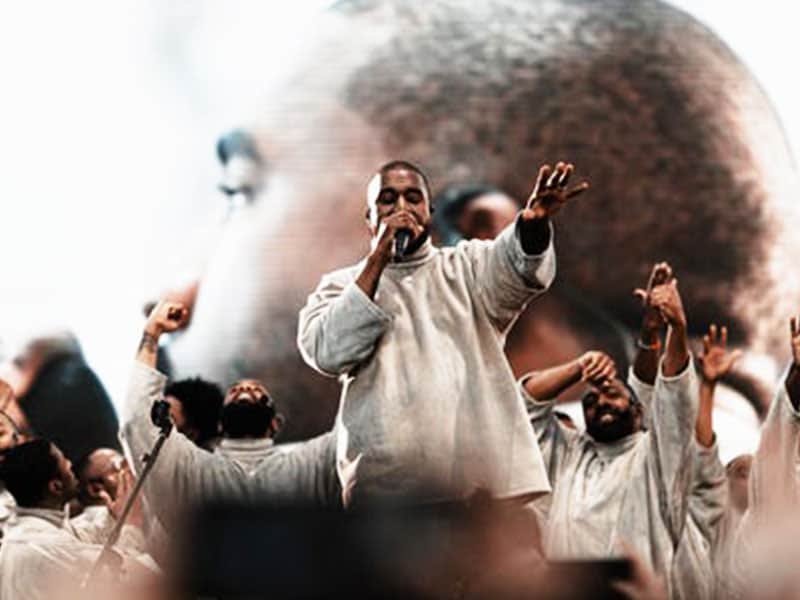 Kanye West has completely transformed his music and image after accepting Jesus as his Lord and Savior. And now he’s using his music to spread the transformative truth of the Gospel to the world. After recently he performed with his Sunday Service Collective at one of the biggest Christian conferences: Awaken 2020.

Awaken 2020 was held January 18th at Sun Devil Stadium in Phoenix, Arizona. It was a 12-hour event in which several Christian ministries came together to change history. It was billed as the “first epic evangelical stadium event of the decade.”

The event’s website wrote, “It’s time for you to be part of the Jesus awakening that is shifting HISTORY. Open the door and enter into a new era, a new decade, of revival that is bringing a movement of signs and wonders, healing of the sick, and preaching of the gospel.”

“People who don’t believe are walking dead,” Kanye said. “They are asleep and this is the awakening.”

Thankfully, GOD TV was there to catch Kanye West and his Sunday Service Collective as they led a fiery and energetic worship event.

Kanye dipped into the songs of his recent album “Sunday Service Choir.” Together with his choir, they sang “Ultralight Beam” and “Father Stretch My Hands, Pt. 1” from “The Life of Pablo.”

Sunday Service Choir’s performance on Awaken 2020 got a remarkable commendation.

“The power of that choir could not be dampened or contained by the stadium’s sound system,” wrote Ashley Naftule for Phoenix New Times.

“Their voices soared skyward, full of an intensity of feeling that was deeply moving. I was struck by how vibrant and beautiful the music was.”

A Twitter user named Sheldon Johnson wrote, “This was an experience of a lifetime. Thank you Kanye, Very cool!”

Another user Quinsey Sablan said, “It was truly a dream. They’re incredible.”

Kanye and the choir also performed “Jesus Walks.” Moreover, he shared how God changed his life.

“They always say the devil trying to play a trick on somebody. But we played a trick on the devil,” he said. “It’s like God getting the last laugh. I started with this song and this whole time the devil had thought he had me. It’s like they would’ve blocked it or something if they knew we was gonna be here one day. This a Trojan horse if I ever seen one. Seem like God got the last laugh.”