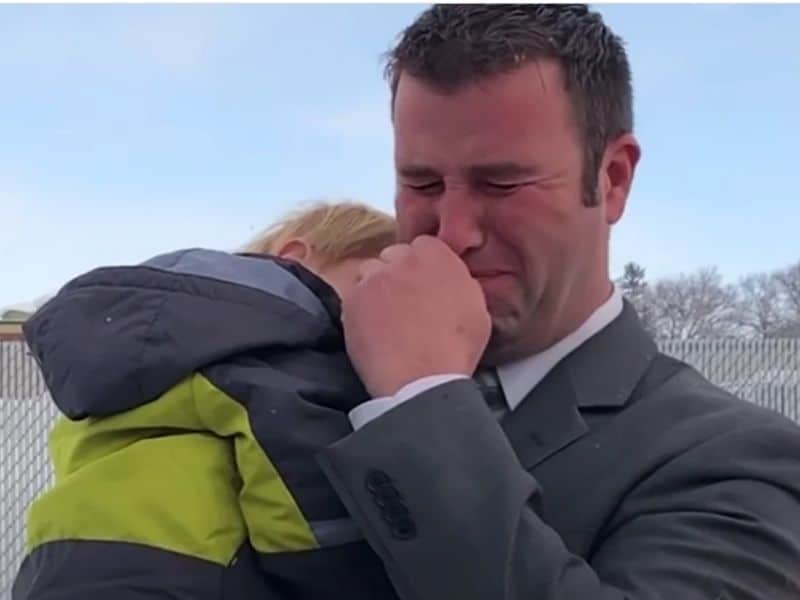 Dakota Nelson’s life turned upside down when he suddenly lost his wife. The father of 7 couldn’t have made it through if it wasn’t the support from his community and the strength from his Heavenly Father. “Honestly, it’s our Father in Heaven working in each one of our lives,” he said. 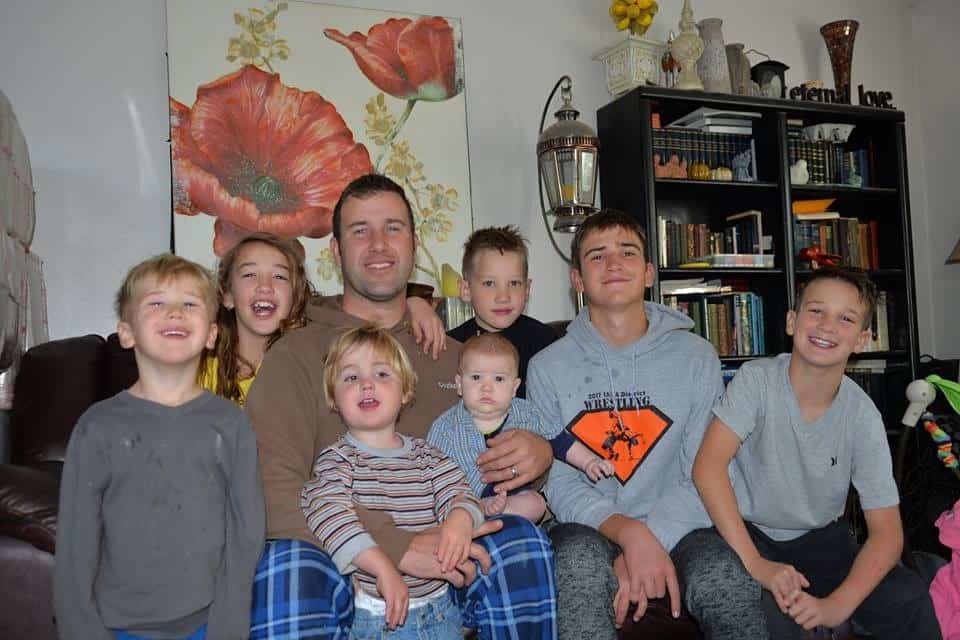 In July 2018, Dakota never imagine that he would spend his last moments with his wife, Ream. It was a regular day and everything was normal. Dakota went out from their garage to put away some tools. But when he came back, his wife’s body was on the floor.

For some unknown reason, Ream collapsed and her heart suddenly stopped beating. Dakota was able to give her CPR but after they rushed her to the hospital, Ream fell into in a coma. In September that same year, Ream passed away.

The tragic experience left a huge hole in Dakota’s heart. But he had to be strong for his 7 children. He couldn’t afford to be down when his children were dpending on him. 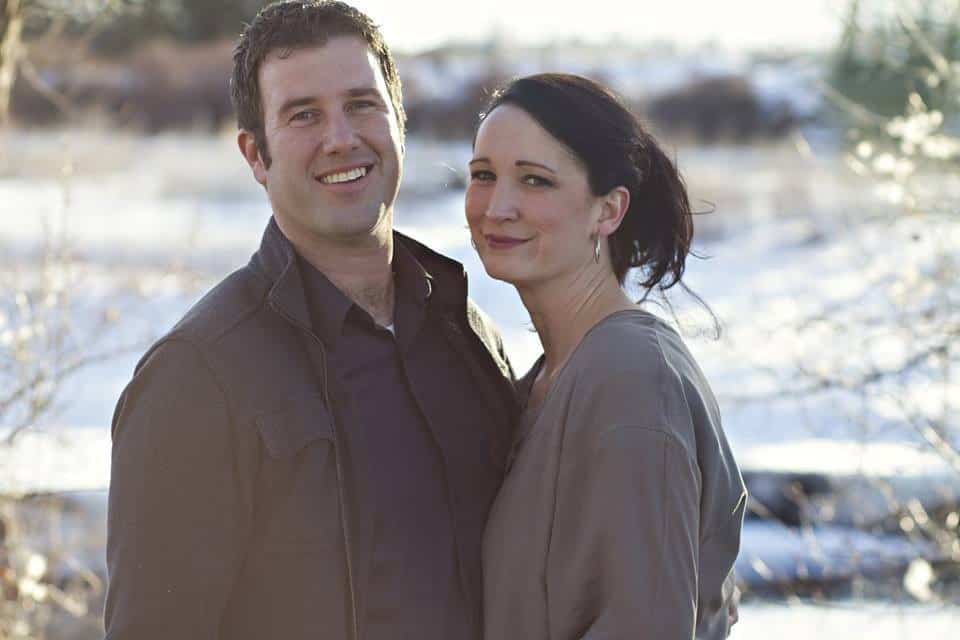 Thankfully, Dakota wasn’t alone. His friends and family provided all the support they could. They even set up a GoFundMe page to help Dakota raise funds. And surprisingly, a Secret Santa blessed Dakota and his family with extraordinary support.

East Idaho News Anchor Nate Eaton spoke with Dakota in December. He presented gift cards for groceries and a box containing a check of $10,000 for Dakota and his family.

Dakota was speechless as he watched in awe his kids opening up their Christmas gifts. He burst in tears from the overwhelming gratitude he felt.

He said, “I have noticed that through this ordeal, we have been blessed to see kindness replace the pain of losing a loved one whom I had been married for 17 years. My children have noted this and have stated that they want to do the same for others. Thank you again for making this Christmas special.”

Dakota and the kids’ Update

2 years after, Eaton followed up on Dakota and his family. In a virtual interview, Dakota was beaming with life and hope. “It’s thanks to everyone who helped out,” he said.

“All the prayers and donations and everything else. It really made a transition into a different lifestyle a lot easier.”

He added, “Honestly, it’s our Father in Heaven working in each one of our lives. I’ve realized that I’m nothing without Him.”

Secret Santa Update: The young father of 7 whose wife unexpectedly died after collapsing 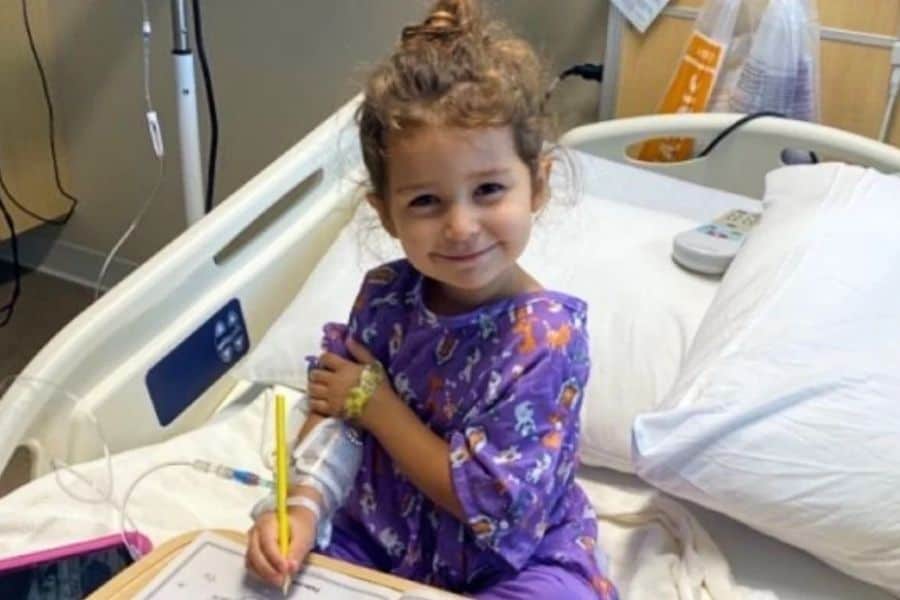 A 4-year-old sweet girl is currently fighting for her life against stage four kidney cancer. Devastated parents ask for prayer and support.

Every parent’s love for their children is greater than their love for themselves. Thus, as a parent, it is so heartbreaking to see your child suffer. That is the case of the devastated parents Soraya Faramarzi and Bret Schneider when they heard that their daughter, Imi, is sick and has to fight for her life.

The ordeal started during the summer when they noticed blood on their 4-year-old’s urine. After ruling out a Urinary Tract Infection, doctors advised them to seek a specialist. The specialist ran an ultrasound on Imi’s kidneys, which is when they found out about the terrible news. 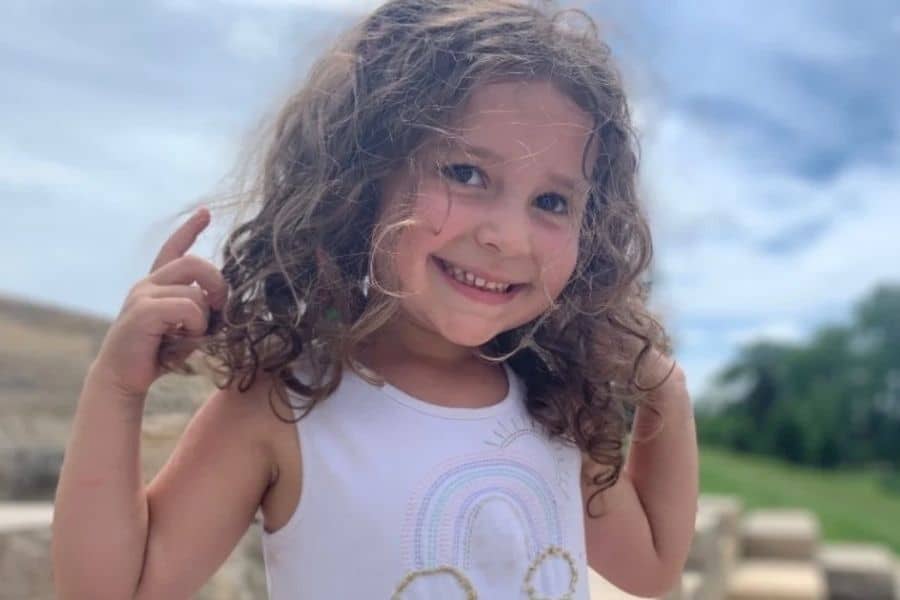 Doctors found a “grapefruit-sized” Wilms tumor on Imi’s left kidney and spots of a tumor on her lungs. This type of cancer is a form of childhood cancer that starts on the kidney before spreading to other organs. Imi’s diagnosis is stage four kidney cancer, and it devastated her parents.

“Our world stopped for a moment,” Imi’s parents recalled.

Doctors rushed her into surgery to remove the tumor along with her left kidney. She then began her chemotherapy which involves three different types of treatments over 25 weeks. The “smart, sassy, and fun 4-year-old” was suddenly fighting for her life.

“Imi is a fighter,” Parisa, Schneider’s relative, said. “She has been strong and positive through all of these changes. She tackles each one and continues to offer love to all of us.”

Imi needs all the prayers of everyone who has read her story. People are praying for her and it is evident that God is answering those prayers. If everything goes well, Imi has an 80-88% chance to live a normal and healthy life. 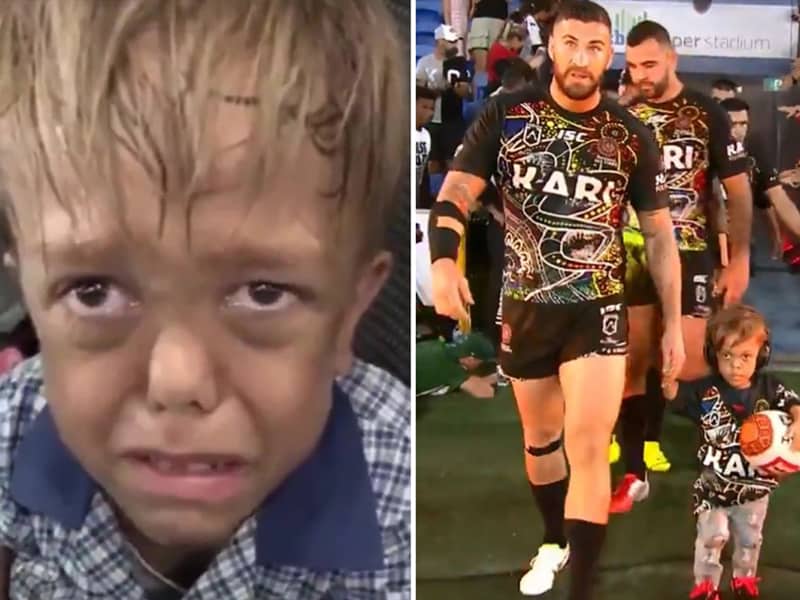 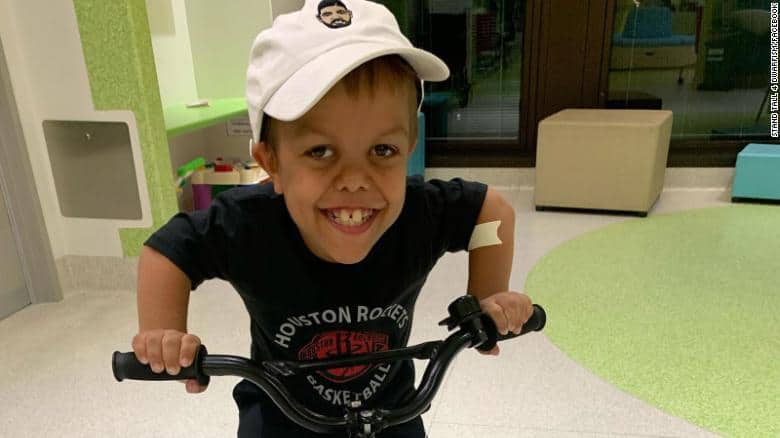 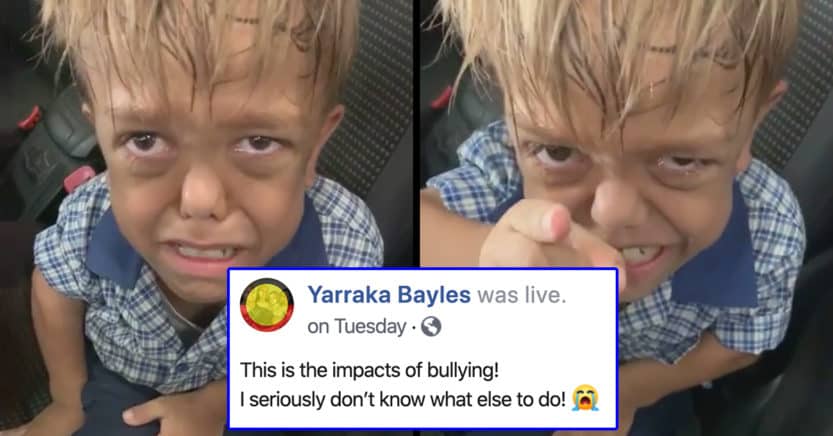 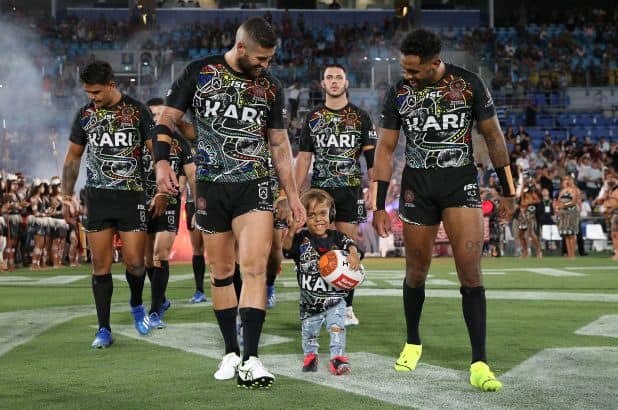 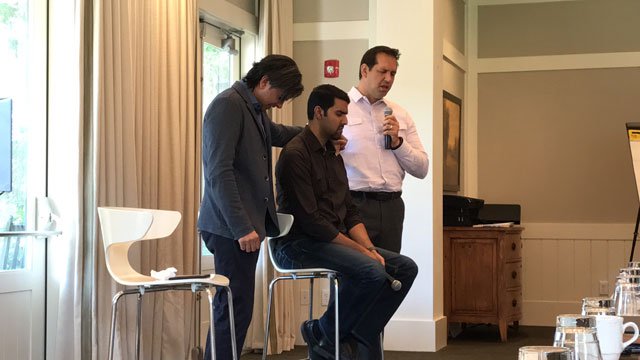 Thirty-four year old Pakistani American Christian Apologist Nabeel Qureshi recently announced that the latest radiation treatment in his harrowing battle with an aggressive form of stage IV stomach cancer didn’t work. While the primary tumor has shrunk, the cancer has spread to other lymph nodes in his chest, excluding him as a candidate for potentially life-saving surgery.

Even though Qureshi admits that he doesn’t know what’s next, he remains confident in his belief that his healing will be a testament of God’s glory. Watch this awe-inspiring video to get a glimpse of the profound faith of this Muslim-turned-Christian, who makes a tear-jerking, humble plea to God

Famed author of No God but One: Allah or Jesus? and Seeking Allah, Finding Jesus, Qureshi is known for his candid prose about his transition from Islam to Christianity. He is also a traveling speaker, professing the word of God in front of thousands. The content of his lectures is informed by his medical training as well as his Judeo-Christian studies at Oxford University. He has influenced the lives of thousands, and now even more so than ever, as he remains faithful in the valley of the shadow of death.

Qureshi is convinced that God’s intention and character hasn’t changed since He walked the Earth, healing the sick and even raising Lazarus from the dead. Even though mainstream medicine gives him less than a one percent chance for survival, Qureshi and his followers remain convinced that God can and will heal him – especially for the sake of Qureshi’s young daughter.

Recently, Qureshi shared a dream in which he saw Christ. This dream brought him great solace and joy, as he realized how much His Heavenly Father cares for him. In the dream, he saw a 30-year-old Jesus who hugged him and mentioned something about a baby and a sponge bath. When Qureshi awoke, he attempted to give his young daughter a sponge bath, but she inexplicably yelled and struggled. He was unable to cleanse her.

Qureshi discovered that he was like his daughter. He was fighting so hard against the disease, making it difficult for God to cleanse and heal him. Admittedly “terrified” of his disease, he decided to relax into the arms of his Heavenly Father.

After Qureshi delivered the news that his radiation didn’t work, he led his viewers in a profound prayer:

“God you put me last August in a place where I had 4 percent hope in medical treatment. And now I’m close to zero percent hope in medical treatment. Lord, I throw myself upon you even more. I ask for your mercy, God. I know that you are a miracle-working God. I know your will is for life and life to the full. I know that you intend to heal … I’m asking mainly for my daughter’s sake … I don’t think a daughter should be without her father. And so we ask the perfect Father, who is merciful and good. We ask you to have mercy, and to give us this good outcome of miraculous healing … Give me the strength to endure, God. Increase my faith … For your glory, Lord, may we see this miracle done.”

As Qureshi faces the prospect of more treatment, he remains steadfast in his desire to grow the Kingdom of God. He has created crowdfunding opportunities for his online ministry as well as his treatment. Most of all, Qureshi needs continued prayer. If he is healed, it will be because God moved. And God CAN move – swiftly and powerfully.

If you faced the prospect of imminent death, how you would you respond? No matter your struggle, cast it on your Heavenly Father, who deeply and intimately cares for you.