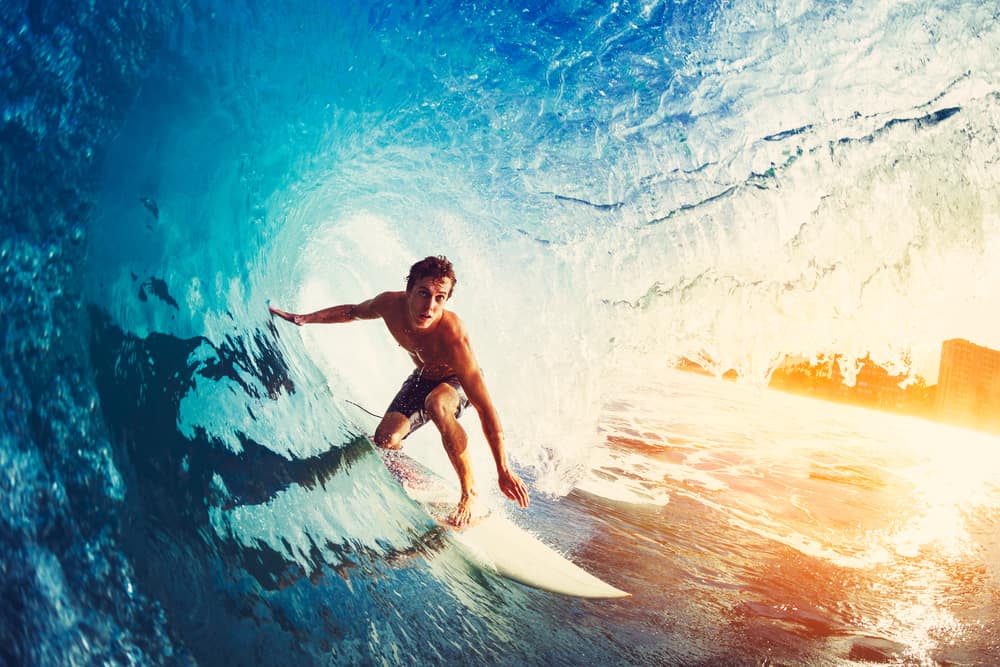 Bingo Cosby, Surfer For Jesus and Fisher of Men

Bing ‘Bingo’ Cosby was a champion surfer in his youth and turned his love of surfing into an effective evangelistic outreach. Sadly he passed away on May 6th and we send our love and  condolences to his wife Carol and family.

GOD TV viewers met Bingo in 2011 when we televised the testimony in the video below. The GOD TV crew were in Surfside Beach, Texas to capture his passion to help others find hope and healing in Jesus. The video also shows the amazing opportunity available to all believers to extend the reach of Christian media as together we build God’s Kingdom.

Bingo loved being a surfer and as a young man owned beach shops in Hawaii, Canada and Peru. But, it was at Bingo’s Surf shop in Texas that he devoted the last two decades of his life to ministry outreach amongst the beach community. “We just try to love people. We use surfing as a tool to witness to people,” he said.

Bingo was one of GOD TV’s most passionate supporters and you’ll be inspired as you hear from him and Carol. He had such a heart for marketplace ministry and played GOD TV in their surf shop and restaurant. Watch and see how Christian media can change lives and be inspired to find creative ways to reach out further to others where you live.

“Cosby will be remembered as ‘King of Surfside’ writes Erinn Callahan in a tribute and Mark Muse says “Bingo was a King of the Beach.” We will remember him as a surfer for Jesus and fisher of men.

It’s amazing how God gives each and every one of us a unique talent and he calls us to represent Him through that gifting. Bingo built surf boards, sold surfing merchandise, but for him it was all about sharing the Gospel. “My heart is to reach young people to Christ,” he said.

“Bingo was one of the most magnetic and contagious believers I’ve met,” says GOD TV producer, Heidi Cancelleri. “The love of God radiated from him, especially to the young people in the beach community. It was the greatest honor to help film his story.”

Bingo was empowered as an evangelist through Christian media. GOD TV showed him that he wasn’t alone in his evangelistic outreach, that God was moving in many places across the earth. It also gave him an investment opportunity to be part of a much wider evangelistic outreach than Surfside beach.

“This is what people need to see when they switch on the TV,” Bingo says in the video. “God moving on a channel that’s not ashamed of the Gospel of Jesus Christ. A channel that allows speaking in tongues and casting out devils, and laying hands on the sick. That shows young people with tattoos and weird hairdos jumping up and down for Jesus!”

The game, Bingo is all about getting the right numbers and you shout ‘BINGO’ when you win! It’s also an expression we use to express our sudden delight when something positive happens. Bingo was both a winner and somebody who was always positive. In fact when he passed, it is said he was smiling from ear to ear. He knew he was going to be with his Lord. And, thanks to His bold witness during his life, who knows the numbers of people who will know Heaven as their eternal destiny…

Bingo’s wife, Carol, said she received calls from around the world after her beloved died. Her joy in the midst of grief, and says she feels an explosion in the Spirit is about to happen.

In the spirit of Bingo

We might not all have evangelism opportunities like Bingo and Carol, but we can ALL make an impact for the Kingdom! Bingo believed in giving everyone the opportunity to hear the Gospel. By supporting the 24 hour broadcast of the Gospel you’re literally taking the Gospel to millions around the world. Every click helps save souls!