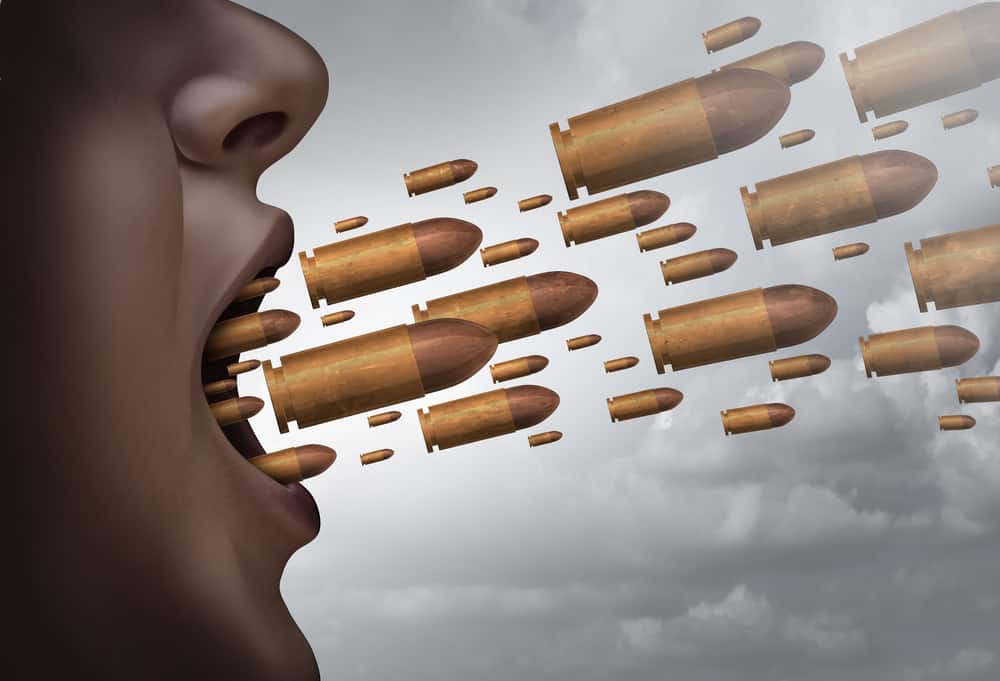 Power of Your Words

Previously, I shared a few thoughts about the power of your words and the impact that they can have on the mountain of family. Today, I’d like to consider the power of your words as it relates to the mountain of faith or religion. We know that words have the ability to lift, encourage, bless, and empower people for great things. On the mountain of faith, words are what we have been given to direct our hearts, attention, and praise to God. Yet, for many, there are times when the words people use have often caused hurt or offense because of a lack of honor.

Honor is something that many people struggle with because it is something that requires a level of humility. When we honor others with our words, we take a lower position, not because we are belittling ourselves. Instead we are raising others to a preferred status, acknowledging and giving reverence to the Creator.

It is so easy to have a high opinion of ourselves because we are often taught to have a healthy sense of self. Yet, there are times when our sense of self can conflict with our ability to express the love we should have for others when we do not focus on another in a place of honor. Speaking honorably to others lifts them up in a way that acknowledges year of experience when they are older, their strength and energy when they are younger, their uniqueness when they are of a different culture, or even their struggle when they come from different life experience.

So many have been hurt by the Church because we often do not remember to honor our neighbors as God’s creation, forgetting that the same God who saved us, is equally capable of redeeming them. We forget that the same God who healed us, made us whole, matured us, and gave us hope is more than able to do this for those who’ve yet to have that God encounter that we’ve been blessed to have experienced.

Speaking honorably to others reminds people that no matter who they are, where they come from, or what they’ve done, there is a God who sees them, loves them, and desires the best for them. What would it look like for them to know that not only does God love the and honor them, so too are there people on earth who see them in the same way that God sees them?

Speaking honorably of others lets people know that you can be trusted that when they leave you, it is more likely you will do likewise in speaking of them. There is nothing that can do more harm than to speak dishonorably of someone, especially when talking to someone who had a favorable opinion of that person before they spoke with you. This can be challenging at times. I know this for a fact.

It’s also a great lesson that I learned from a friend and pastor in Atlanta. He told me one day that he had to be careful of the things he spoke of about others in the presence of others, if for no other reason than his son was watching him. Speaking honorably of others is a way of modeling honor before others. They say that integrity is doing the right thing even when no one is watching. Yet, we know that God is always watching. What greater way of showing honor to God than to honor others before others?

Now is a time you can direct others to God and a faith in Him by using your words to honor them. Words can be life to people as you allow God to reveal the good He desires to reveal in them. May you be challenged today to bring others to a greater awareness of God’s faithfulness to honor them by your own act of honoring them through the power of your words.