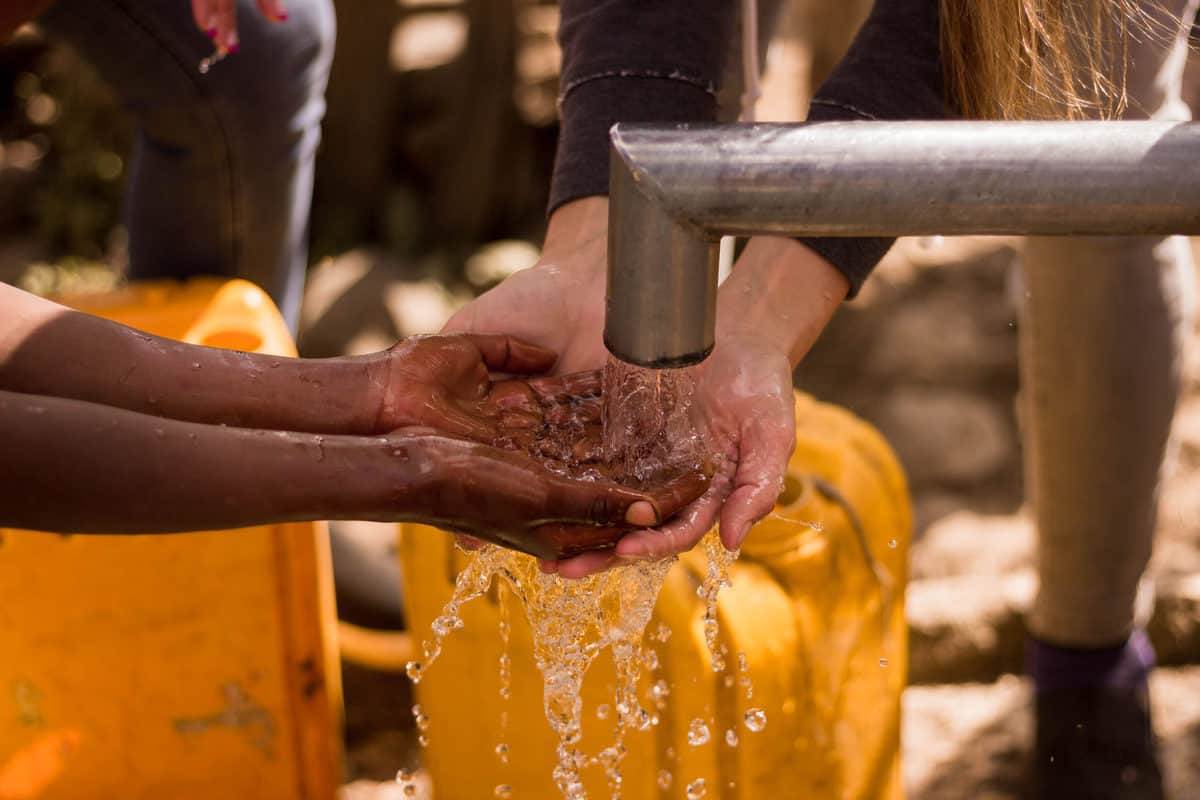 If You Have A Heart For Missions, Read This!

I recently had to go a few days without running water and it was extremely difficult both emotionally and physically. I live in Austin, Texas and we had a huge snow storm where people’s power and water went out. I remember having to go outside to gather snow and bring it up to my third story apartment where I would then put in my bathtub. I did all this just to have water. During that time I saw people come together and help each other in whatever way they could.

That experience was such a beautiful example of what the body of Christ is called to do and be for each other. Pat Boone and his wife Shirley started an initiative to bring running water to the Massai people in Tanzania 10 years ago. And we want to invite you to join!

This initiative is changing the lives of the Massai people daily and this next phase will focus on four elements – water, education, agriculture and evangelism. In celebration of World Water Day, we have partnered with World Serve to host a virtual event called “Worthy of Water” because the truth is everyone is worthy of having water.

Water is a basic human need and without it, you cannot live. You don’t have to get a plane ticket, take time off of work, or spend a lot of money to go and help. All you have to do is visit the website and register to be a part of this event. Click the link below tp sign up and learn how you can help make a difference today! 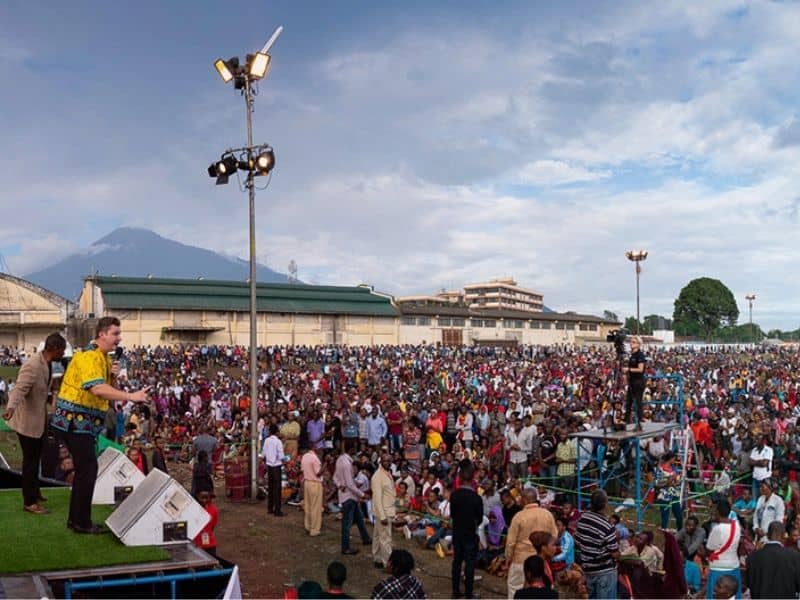 More than 100,000 people in Tanzania received Christ as their Savior during a 2-week evangelistic crusade. New believers also testified of deliverance, healing, and miracles.

One of the speakers in the crusade, evangelist Gary Smith, said that the powerful gatherings left a remarkable imprint in his heart to go for the Lord.

“The last two weeks have been absolutely incredible with thousands of salvation, miracles, and people filled with the Holy Spirit,” he shared. 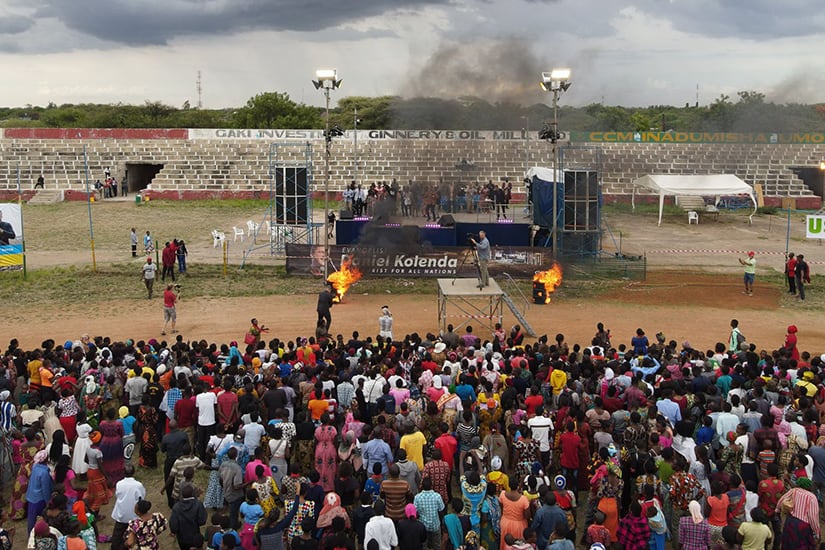 Franklin Graham Reports 1.7 Million People Indicated They Made A Decision For Christ

“People did not want to leave the field once the service was over. The hunger of the people to receive more from the Lord is something you cannot describe.”

Those who received the truth in Christ wanted their families to receive what they experienced also. “Family members were bringing me pictures and clothing items,” Gary added. “They were even praying over the phone for their loved ones.”

“Not only were thousands saved, but there were also hands lifted all over the entire field that said Jesus healed them. The testimony line grew longer and longer as people were excited to tell what the Lord has done for them.” 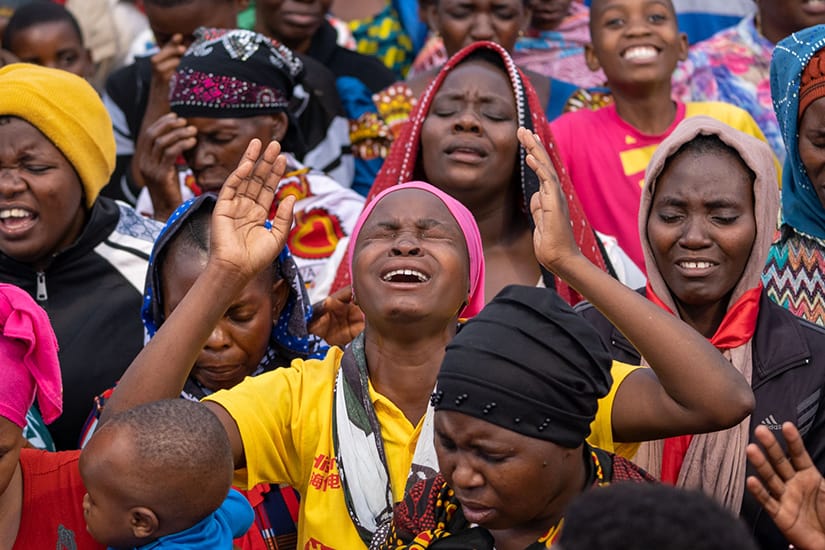 Tanzania is only one of the few countries that did not give mandates on restrictions and lockdowns in observance of the pandemic. Local authorities still allowed outdoor gatherings that made the crusades possible.

As a result, CfaN hosted a crusade in five of Tanzania’s cities. Graduates of their Bootcamp helped lead the group and evangelized in the marketplaces and schools.

Meanwhile, evangelist Paul Maurer announced God’s power over witchcraft in the area. “When I started praying deliverance prayers, demons began to manifest all over the crowd. Demonized people began screaming, shrieking, and rolling around on the ground as the demons responded to the name of Jesus.”

He continued, “I heard that witchcraft is very prevalent in the area, and I guess that explains why so many needed deliverance. The team told me that the ‘snake pit’ was overflowing with people! It was a joy to hear reports of them getting set-free.”