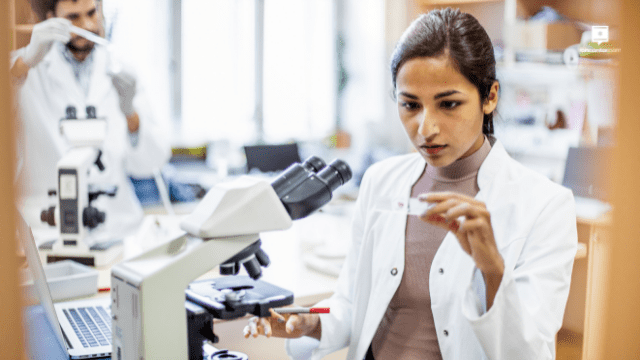 Tuberculosis (TB) kills an estimated 1.4 million people every year, is highly contagious, and often goes undiagnosed due to a lack of accessible testing. But a team of scientists in Haifa is out to change that through their new skin patch technology.

TB has been on the World Health Organization’s “global health emergency” list for almost three decades. Tuberculosis is spread by sneezing, spitting, and coughing. Treatment is available, but it is estimated that as many as 3 million people with TB do not get diagnosed every year, and each infected person can spread it to 10 more people.

In parts of Africa, India, and other poor parts of the world, testing is out of reach because the current test requires processing in a lab. The research team of scientists at Technion-Israel Institute of Technology in Haifa believes their nanotechnology sticker is a significant breakthrough in the quest to wipe out TB.

“The patch is simple to use and just needs to be placed on the skin,” said Dr. Rotem Vishinkin, a researcher on the project at the Institute. “The patch contains sensors made from nanoparticles, and what we’re doing is sensing changes in the smell pattern of the person, which tells us with high accuracy whether or not they have tuberculosis.”

While our neighbors in the Middle East are obsessing over Islamic studies and world domination, the “startup nation,” as Israel has come to be known, continues to excel in math and science, coming up with cures to diseases and technologies to protect her citizens. So it is no wonder that Arab nations are lining up to do business with us.

In testing, the patch gives a result within an hour of being placed on the skin. In trials funded by the Bill and Melinda Gates Foundation, the researchers tested 1,000 people in South Africa, Latvia, and India. The results were impressive—a 90 percent detection rate.

The current prototype sends results to a computer, but the team says the patch will eventually be able to send the results to a cell phone or to a clinic. This will allow testing to occur in remote areas or ones without adequate lab facilities.

The Technion team hopes to get the patch into distribution within a few years. And Vishinkin and the team will continue looking for additional ways that this tiny technology can be used to save lives in the not-so-distant future.