BREAKING
Catch a Ride on a Shared Scooter—“Micro-mobility” Coming to Tel Aviv Next...
Israel Military to Conduct First-ever Simulated Strike on Iran
‘Injury to the Heart of Iran’: Details on the Life and Death...
STAND WITH UKRAINE
Home Tags Posts tagged with "terminal"
Tag: 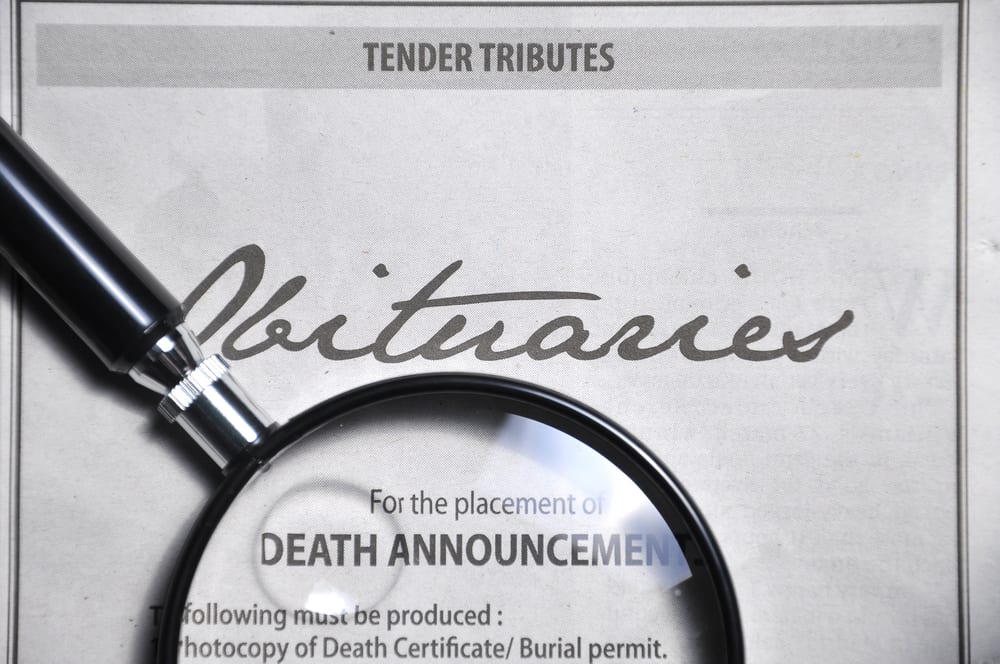 What Would Your Obituary Say?

They say that death and taxes come to us all, but are you ready to die? And what would people say about you after you were gone in your obituary?

Death is a certainty for everyone, but the how and when is unknown, well for most of us. What if you received a terminal report from the doctor? There’s no way to prepare for something like that.  But thinking about where you’re going after you die? That you can consider.

Family and friends will gather around at the funeral to hear what others thought about you. But have you ever considered doing your own obituary?

Writing your own obituary

Sonia Todd of Moscow, Idaho did just that. Having had a terminal diagnosis she decided to write her own obituary, peppered with reality and humor her account of her life was down to earth and refreshing

My name is Sonia Todd and I died of cancer at the age of 38. I decided to write my own obituary because they are usually written in a couple of different ways that I just don’t care for. Either, family or friends gather together and list every minor accomplishment from cradle to grave in a timeline format, or they try and create one poetic last stanza about someone’s life that is so glowing one would think the deceased had been the living embodiment of a deity…

Faced with her own impending death she bravely wrote an honest piece about who she really was. Knowing she had a relationship with the Lord Jesus gave her and her family peace. She knew where she was going and they also knew they would all meet again.

More than an obituary, do you know where you’re going when you die?

What that scripture means is that we have to accept that Jesus is the Son of God, He came to reconcile you to God the Father through His crucifixion. In other words, Jesus was the perfect final sacrifice so that our sins are forgiven and we can enter into a relationship with our Heavenly Father. Sin separates us from our Heavenly Father who is Holy. Once you’ve accepted Jesus as your savior you go to Heaven when you die. Heaven is where our Heavenly Father dwells and being in His presence is heavenly.

Sonia was able to give thanks for her salvation in Jesus and although not stated it would have given her some measure of peace to know where she was going after she passed. Writing your own obituary is one choice, accepting Jesus is another, don’t leave it anyone else’s hands!

The decision is yours, salvation is free.