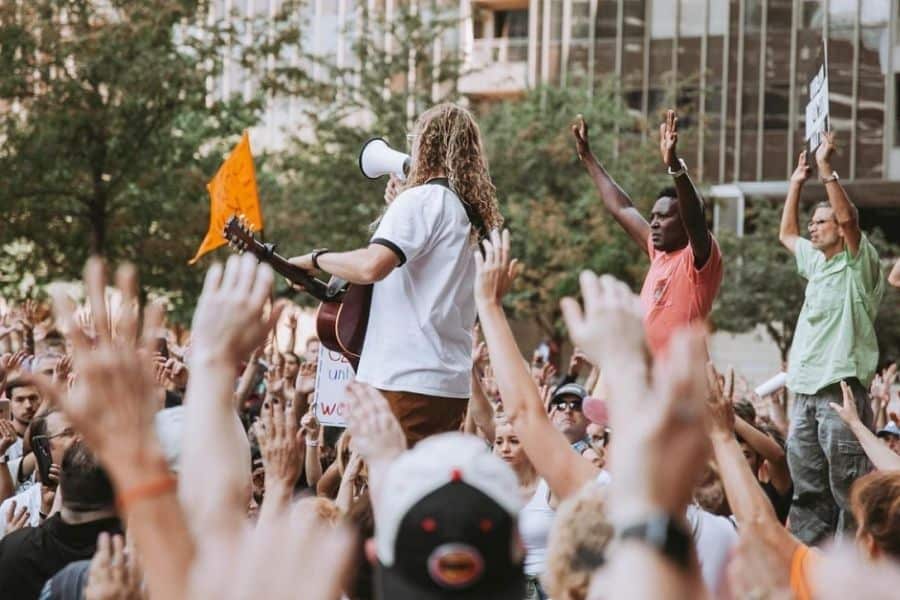 Thousands Of Believers Gathered To Worship Together In Texas

Over the weekend in Texas, thousands of believers gathered for the “Let Us Worship” event to worship together.

The “Let Us Worship” event led by Bethel worship leader Sean Feucht made a stop in Texas on Friday. Thousands of believers gathered in Fort Worth where many conversions, baptisms, signs, and wonders took place! Dr. Charles Karuku of the International Outreach Church described the event as unstoppable worship.

The musician took to Twitter to share how God moved during the recent event, even a little kid felt the hands of God.

“Hundreds of salvations, radical healings, deliverance, baptisms in a truck,” Sean wrote on his Tweet. “A little kid came up to me with big eyes and said ‘This is a move of God!’ I said ‘YES IT IS!!’”

Nothing But The Blood Of Jesus

On October 3, the “Let Us Worship” tour happened right in front of the federal courthouse. Believers marched while singing the hymn “Nothing But The Blood Of Jesus.”

“On the steps of the federal courthouse in Dallas where Roe V Wade was signed into law. The blood of Jesus speaks a better word,” Sean tweeted.

On the steps of the federal courthouse in Dallas where Roe V Wade was signed into law.

During that event, Sean heard the Holy Spirit, calling the parents to consider adoption and raise future revivalists. 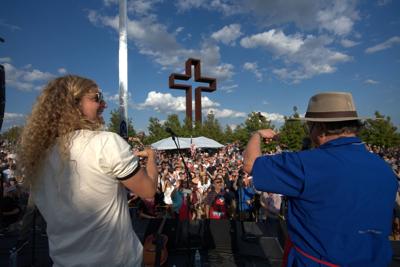 In Kerrville, during the last stop of the tour in the state, over 5,000 believers gathered in front of the massive 77-foot empty cross at The Coming King Sculpture Prayer Gardens.

“The Empty Cross is the hope for America!” Feucht wrote on Instagram. “This was the prophetic fulfillment of so much! This 77ft 7-inch-tall cross was a result of a dream that God fulfilled last night. Thousands gathered on this hill, hundreds gave their lives to Jesus and were baptized! A nation watched the church place their hope in the CROSS OF JESUS CHRIST!!!!!”