BREAKING
Cancer Patient Survives A ‘Death Sentence’ & Receives A Surprise From Jennifer...
TikTok Kid Preacher Feels God In His Prayer Time; “I Am Not...
“Jesus Appeared To Me Twice So That This Message Will Be Delivered...
Home Tags Posts tagged with "The Phoenix Suns"
Tag: 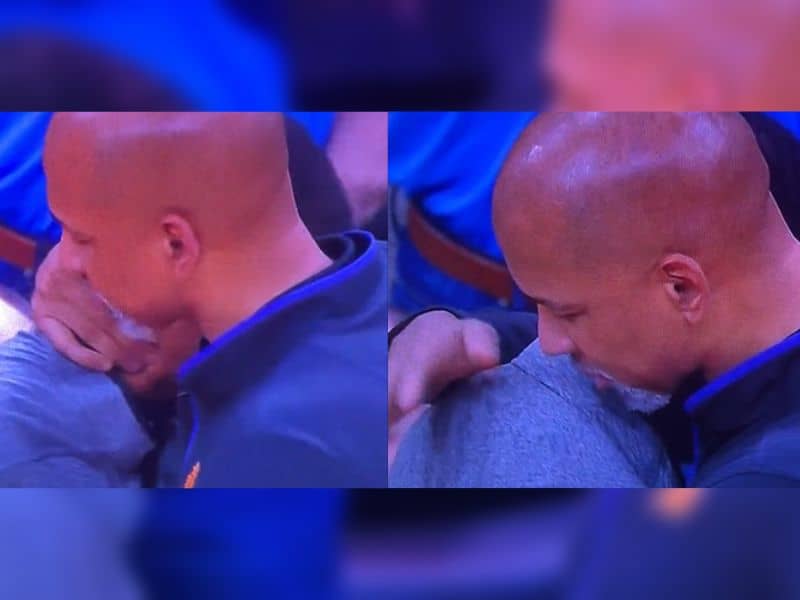 NBA coach Monty Williams offered a prayer of comfort and a hug to fellow coach Stephen Silas, whose father passed away just days before the game. National television caught his kind gesture and inspired viewers.

The heartwarming video was posted on Twitter by Sports Spectrum’s Jason Romano. It quickly went viral and moved many with Monty’s sincerity and compassion.

Suns coach Monty Williams is the real deal. After a tough loss, he embraces Houston coach Stephen Silas and PRAYS for him after the loss of his dad Paul Silas. Beautiful display of love and empathy. pic.twitter.com/MevvBp13At

As the Rockets’ coach started to get emotional, Monty embraced him and then prayed for him.

Jason described the scene as a “beautiful display of love and empathy.” He regarded Monty as the “real deal,” while others commended Monty as a “true, authentic man of God.”

Another commenter said, “This is the greatness of sport. Life is bigger than ball.” 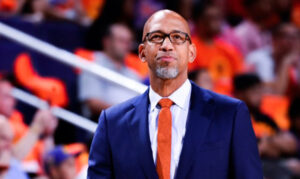 Monty Williams received the 2022 NBA Coach of the Year. Indeed, he portrayed that being a coach is more than being the head of the game.

And as an outspoken Christian, Monty credits his success to God. “On a really good day, I’m pretty average at coaching,” he told Sports Spectrum. “I know that. I’ve been around the great ones, and I kind of know I’m not that, and so I rely on the Lord to do what He’s gonna do through me. The only thing I know that I can do every day is serve others, and that’s basically the foundation of my coaching.”

Service, Monty highlighted, is what Jesus called His followers to do.

“One of my anchor verses is Colossians 3:23, doing my work as ‘unto the Lord and not unto man.’ Another anchor verse for me is Matthew 6:33: ‘Seek ye first the kingdom of God, and his righteousness and all these things will be added unto you.’”

He continued, “Those two verses help me in my coaching because no matter what’s going on, a big win or tough loss, I know that I’m there to do God’s will. I don’t do it well, and I fail daily. But that’s my reference point. That’s my lighthouse. In doing that, my goal is to serve and to elevate people as best I can.” 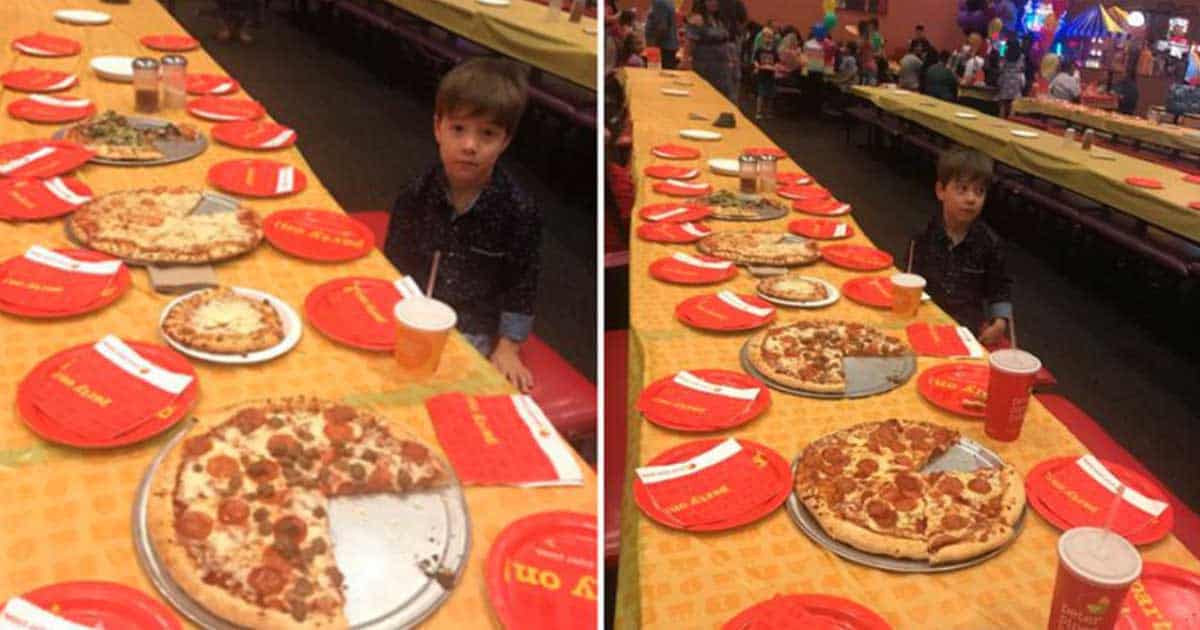 6-Year-Old Boy Disappointed As No One Shows Up To His Party, But The Blessing He receives Is Heart-Warming

Little children are the purest of all creation. Their spirits are filled with innocence, joy, and laughter – we cannot help but be enamored with them. They’re such a blessing and a gift! It is obvious why Jesus is so fond of little children.

“He called a little child to him, and placed the child among them. And he said: ‘Truly I tell you, unless you change and become like little children, you will never enter the Kingdom of Heaven’.” (Matthew 18:2-3)

We want to see children happy because it puts a smile on our faces too. Yet, imagine what it feels like to see little ones disappointed and sad.

Little Teddy wanted to celebrate his sixth birthday with his friends and classmates. He handed out 32 personal invitations to his classmates for a party at a pizza place in Tucson, Arizona.

Sil Mazzini, Teddy’s mom, posted a picture on Facebook of Teddy surrounded by pizza and two rows of empty table settings. The birthday boy is supposed to look happy at his party, but you can tell by the photo that he felt exactly the opposite. The look on Teddy’s face is nothing short of heartbreaking. 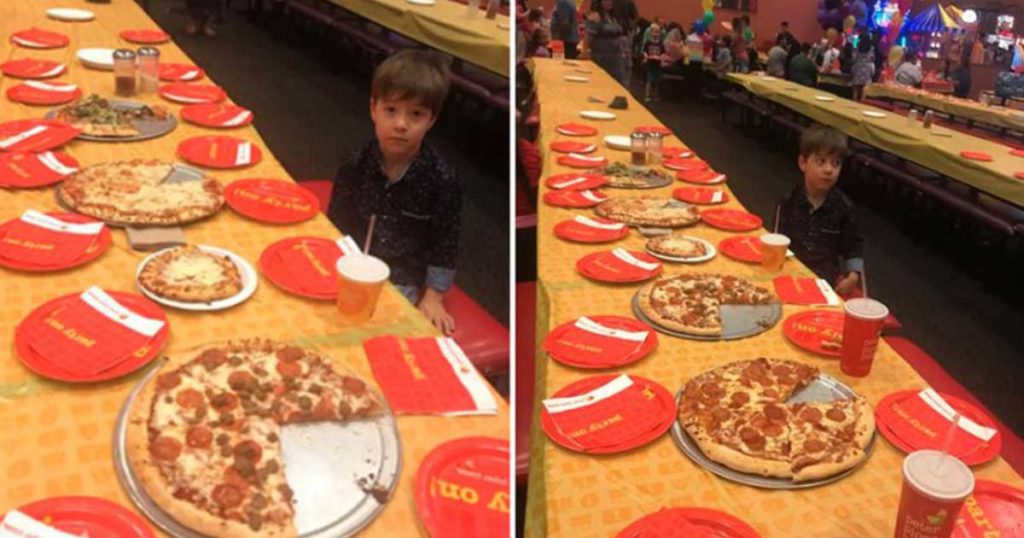 Sil told KSAZ Fox 10 News that she spoke to some of the children’s parents and they assured her that they would come. She made 32 goody bags and invitations and told Teddy to hand them out to his classmates.

“His birthday was actually October 3rd, but because his dad works in Alaska and was able to come the 18th, I organized the whole party for the 21st,” said his mom.

The whole family put their heart into making this birthday party special for Teddy, but none of the guests showed up. Heartbreaking as the party was, they did not expect a special gift that was later given to them! “Blessing in disguise” is the best way to describe it!

The picture that Sil uploaded captured the attention of two Phoenix sports teams and they gave Teddy free tickets as a birthday gift. They asked him to celebrate with them at the upcoming games.

Teddy and his family were welcomed by the Phoenix Suns to watch an NBA match against the LA Lakers! The Phoenix Rising football team, along with their vice president, also extended an invitation to accompany them, confirming Teddy would be at the next game! 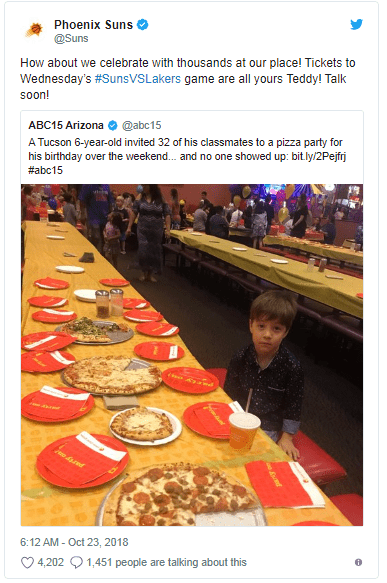 Phoenix Suns retweeted ABC15 Arizona’s tweet and confirmed that Teddy would celebrate with them. Awesome, isn’t it?

There are times that we feel exactly the way Teddy felt. We can’t help but expect good things to happen; maybe it’s a promotion from a company, a salary increase, winning a competition, better grades, debts paid, breakthroughs, etc. When it doesn’t come the way we expect and the outcome disappoints us, then we tend to question God’s goodness and love towards us. However, let Teddy’s story remind us that our greatest disappointment can turn into our greatest blessing. God’s “no” is still a blessing, and it is way greater than we can ask or imagine!

As we all wish Teddy a very happy birthday, let us also wish for ourselves a greater faith and trust in God’s plans.