Home Tags Posts tagged with "The power of forgiveness"
Tag:

The power of forgiveness 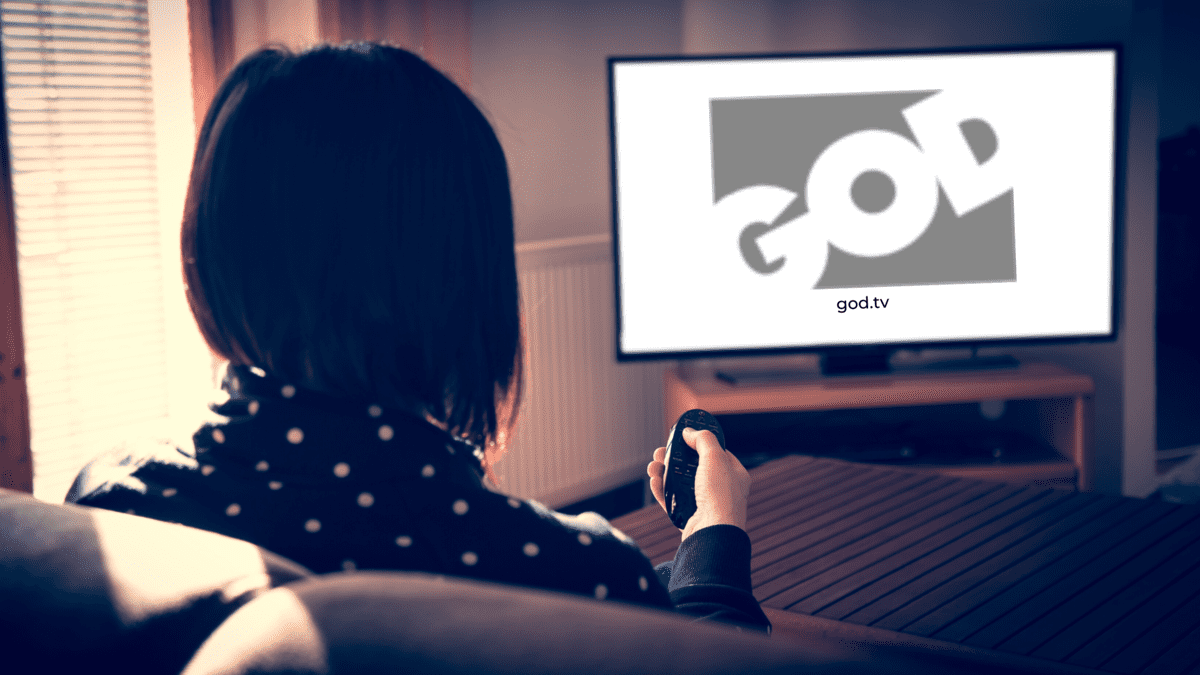 A woman, through inspiration on GOD TV programming, was able to forgive the man that stabbed her 76 times. The woman, who will remain anonymous for protection, had recently moved to Capetown from Johannesburg. Her husband felt their family would be safer there.

A a young girl she had accepted Christ, but until she became pregnant for the first time she was not really walking with God. Once she became a parent she decided to get serious about her relationship with God and found a new church.

She began learning about her identity in Christ through a course called Soulcare. One thing that stuck with her from the most was ‘innocent blood cries out to God’ – she did not know at this point how God was preparing her for what would later happen to her.

The woman was a swimming instructor and loved keeping her garden in beautiful condition for her students to enjoy. Maintaining the garden was a lot of work so she hired a young man to help.

One Tuesday morning the young man called and scheduled to work on Friday and she agreed. God was watching out for her because she had been asked to host the prayer meeting for her Church that same day.

The young man arrived early Friday morning, so early that the woman and her daughter were not even awake yet. She ask him to wait and took her daughter to nursery.  When she returned they had tea before before getting started, but for some reason the woman felt uncomfortable but didn’t know why. Additionally, she had parked her car out the front of the house instead of parking in the garage as she had always done.

They started working on a new flower bed in the front of the house when the wind started to pick up. The woman went inside to get a scarf which she wrapped tightly around her neck to protect herself from the wind.

The doorbell rang and when she opened the door the young man forced her back into the house with a knife. He locked the door and began stabbing her multiple times. She said she felt no pain and kept crying out “stop in Jesus’ name”. He continued to assault her while she continued crying out to Jesus. Eventually, he shouted at her to stop.

During the attack her spinal cord was severed which caused paralysis on her right side , to the point she could not even move. As she lay there fully conscious, she reports feeling no pain.  The young man left through the back door after washing the dishes he had touched that morning during tea.  He also tried to wipe any other prints that were in the house, so there would be no trace of him.

The woman wrote his name in her blood on the wall, remembering that phrase for the study,  ‘innocent blood cries out to God’. Her phone rang but she could not answer it. The prayer group leader was calling to cancel the prayer meeting. The woman lay there asking God to look after her daughter.

A few minutes later she heard a car coming down the hill. The prayer group leader knocked on the door and the woman managed to tell her to the back door. As soon as her friend discovered the situation she began to speak in tongues and praying for healing.

The prayer group leader called the woman’s husband and an ambulance. It as an hour before the ambulance arrived.  When the medics arrived on the scene they asked who had put the shirt around the woman’s neck.  It turns out that if the woman hadn’t been wearing the scarf she would have died.

She was rushed to the hospital were she was operated on. She was told after the surgery that she would never walk again. Three weeks later she was released from the hospital.

The woman decided in her heart that she would not hold a grudge toward the young man. For a year she would drive past the jail where he was incarcerated and pray for him.  She was asking the Lord for a way to speak with him. Because of her faith, she made a conscious decision to choose to forgive him for what he had done.

At the court case the woman had to testify and recalled asking the young man to stop in Jesus’ name.  During one of the breaks, a man approached her and told her and let her know there were the believers in the courtroom praying for her. As the case continued, the woman revealed that God had given her three bible verses for the young man and asked if she might be allowed to share them with him in a letter.

Her request was granted. As a result, the young man changed his plea from not guilty to guilty and finally admitted his wrong doing. the young man was convicted and sentenced to 15 years in prison.

Two years later, the young woman got to meet with her attacker, accompanied by the pastor.  The woman took the opportunity to ask the young man if he wanted to know Jesus.  She held his hand, and with the pastors, and they prayed together. It was at this point she knew she could walk away knowing the young man was no longer her concern, but God’s.

Soon after the encounter with the young man, the woman and her family moved to England. After moving, she found herself without a Church and struggling to find Christian fellowship. At her lowest point, she heard a worship song that ended with a promotion for GOD TV.  She began watching and began to find the strength and encouragement she had been looking for.

In a recent interview with GOD TV, the woman shared, “I have no words to describe how finding GOD TV helped me. GOD TV is my Church and I did not feel at home until I found GOD TV.”

Join In Broadcasting GOD TV To The Nations

This woman’s story is one of many that reveal how GOD TV is helping to broadcast the Father’s heart to every nation and provide strength and encouragement to millions.

Would you join this woman in being a supporter of GOD TV?  Give now by visiting our website. 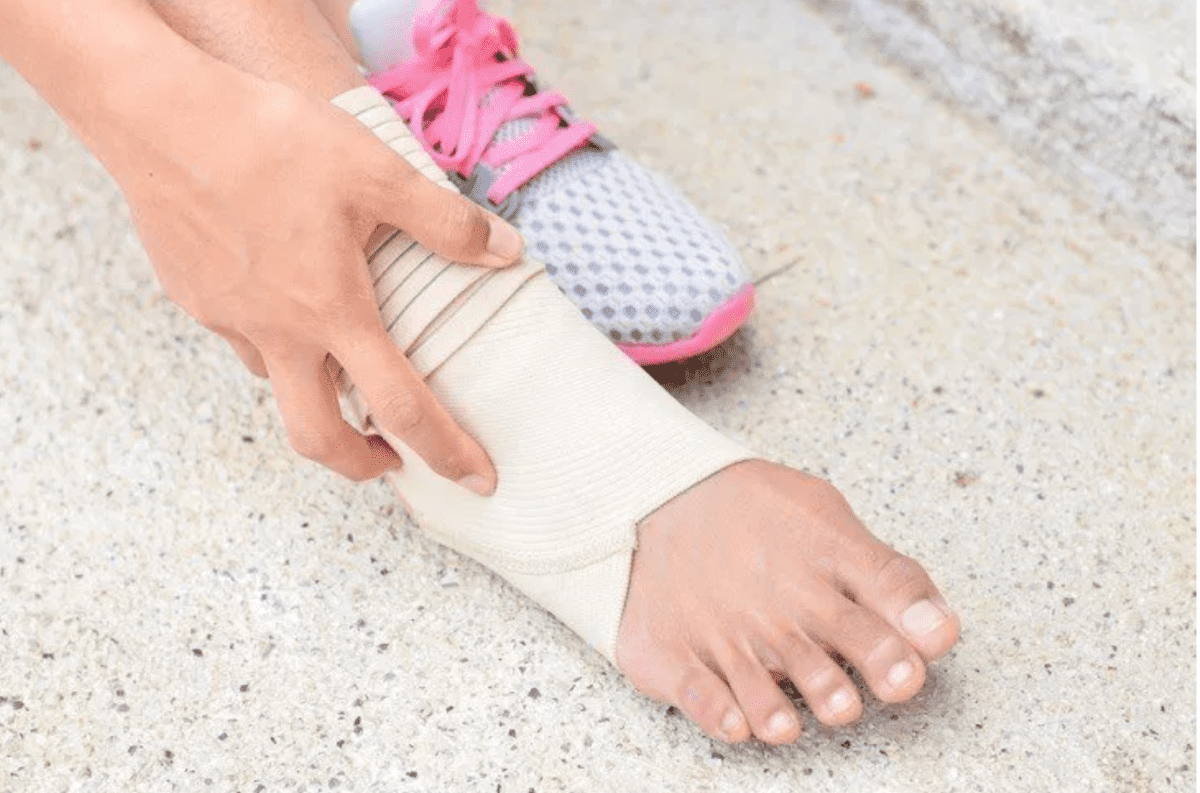 Jesus died so that we could be reconciled to the Father.  The reconciliation He purchased wasn’t just a ticket into Heaven. Jesus died to reconcile our body, soul, and spirits right now!

Galatians 5:1 – It is for freedom that Christ has set us free. Stand firm, then, and do not let yourselves be burdened again by a yoke of slavery.

The opposite of freedom is slavery.  Galatians 5:1 instructs us to “not let yourselves be burdened…by a yoke of slavery“.  When we hold onto unforgiveness, bitterness, or resentment we are burdening ourselves with “a yoke of slavery“.

I asked permission to touch her ankle and she agreed.  I kneeled down and spoke to the pain in her ankle like Jesus modeled in the Bible, “pain leave in Jesus name.”  Nothing happened.  Pray again. Again, nothing happened. I stood up and asked the Holy Spirit, “What do I do now?” It was then I heard His still small voice, “Ask her if there is anything else she would like prayer for.” She quickly replied, with “regret”.

I didn’t need to know the details of what she was regretting.  Jesus knew.  I led her through forgiving herself for the choices that she had made.  As she released the unforgiveness she had held towards herself I could see her countenance brightening.

After praying through forgiveness, I ask the Holy Spirit what to do next.  The story of Jesus praying for the blind man twice came to mind (Mark 8:22-26). I figured Jesus is the model and if he prayed twice for the blind man’s eyes then I could pray for the young woman’s ankle again.

Father God had just released His love.  The love of God is powerful so I decided to lean into it as I prayed for her ankle.  I knelt down again and laid my hand on her foot and began to meditate on the love of God.  I didn’t say a word, but merely leaned in the powerful, loving presence that we were both experiencing.

After a few moments I asked her to check her ankle and see if there were any changes.  She put weight on her ankle and began to twist it back and forth.  All the pain was G-O-N-E!  The young woman took off her ankle brace and walked out of the church!!! 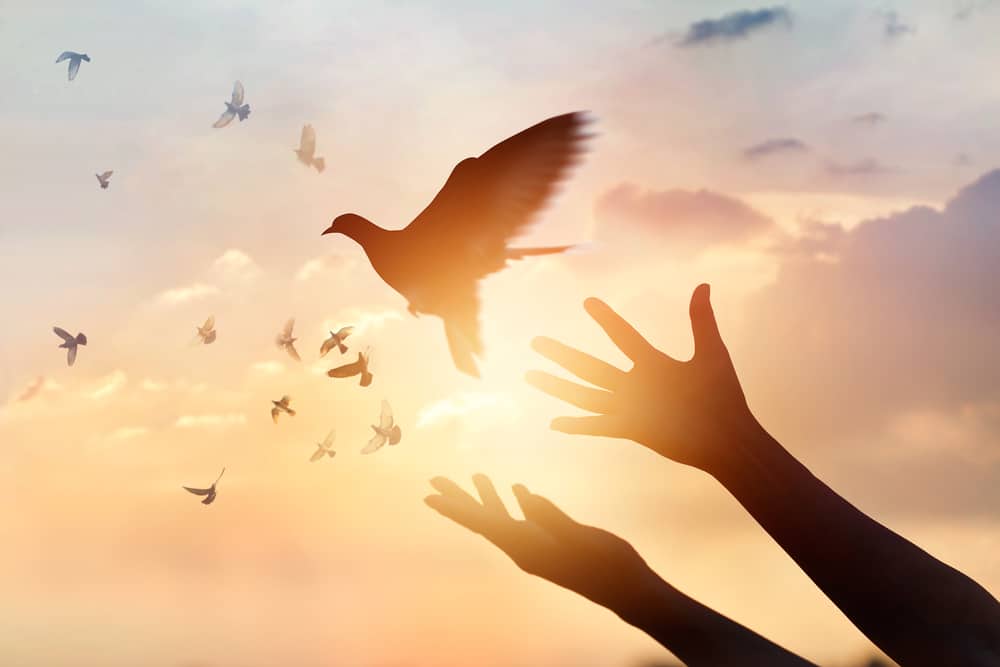 Pastor Forgives The Man Who Killed His Father

Be kind and compassionate to one another, forgiving each other, just as in Christ God forgave you.
[Ephesians 4:32]

Decades ago, Pastor Philip Robinson’s Father was killed by Ron Hammer.  Years after the incident Ron, who have never admitted his guilt, made a life changing choice.  He reached out to the victim’s family and wrote a sincere letter to Pastor Philip’s mother, telling her everything that took place.  He admitted that drug addiction led him to commit the crime.

Ron received an answer he never expected.  He got a letter from Pastor Philip and it took him several attempts to finish it. The child of God who suffered so much pain and loss, forgave the man who killed his father.   That forgiveness set them both free.  Because of what happened, Ron and Pastor Philip were able to share their story with the congregation.

Watch and be inspired with this wonderful story of forgiveness.

Man Forgives the Person Who Killed His Father