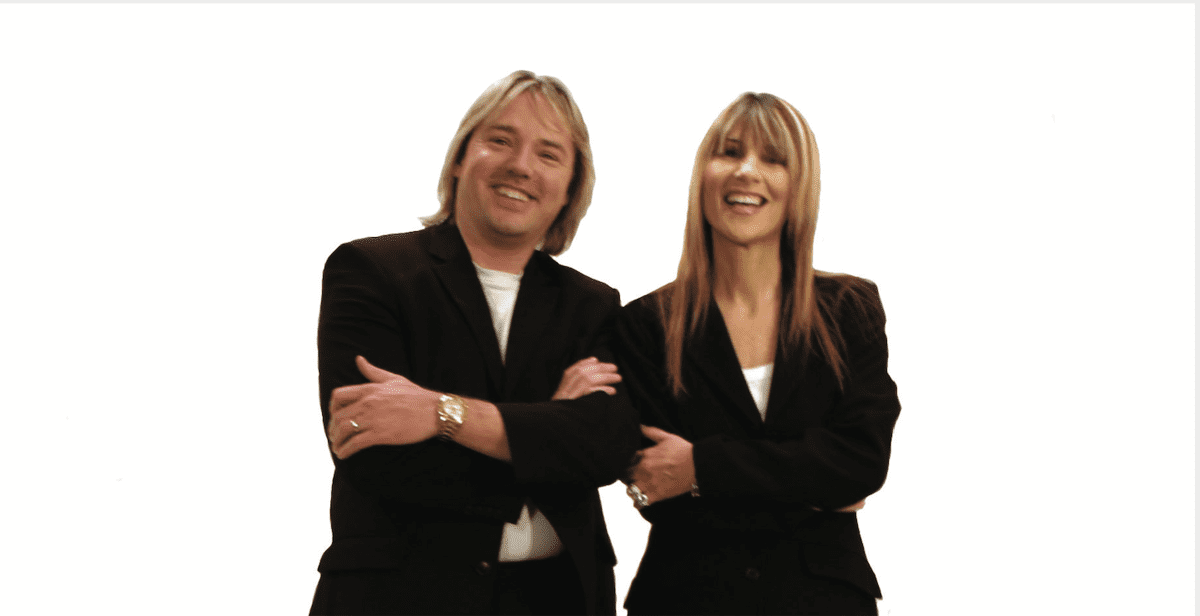 Rory and Wendy Alec – Meet The Founders Of GOD TV

GOD TV Founders  Rory and Wendy Alec are Christian media pioneers who founded our global network in the UK in 1995 as Europe’s first daily Christian television network. They worked tirelessly alongside each other for over 20 years to establish what was first known as the Christian Channel Europe. In those two decades the ministry saw phenomenal growth from two hours a day in Europe to 24-hours a day across the world.

Following the break up of their relationship, Rory Alec resigned as CEO in October 2014. Wendy Alec then became President and CEO, a position she held for two years until she handed over to Ward Simpson in 2016. Rory and Wendy Alec were divorced in 2015.

Rory Alec now lives in Austria where he has remarried. He now works in music production and is an activer vlogger.

Wendy Alec stepped down from active involvment in GOD TV in October 2016 in order to pursue her other media interests through Warboys Entertainment. She now lives in London where she continues to write the cliff-hanger novels, The Chronicles of Brothers which are being made into a TV series. Her series Visions From Heaven can still be seen on GOD TV.

Rory and Wendy Alec are no longer together however what they started continues to thrive and make an impact around the world, The story of how they started a global Christian network around their kitchen table remains nothing short of a miracle. Rory and Wendy Alec and the GOD TV team overcame many obstacles in the formative years of the ministry, so how did it all begin?

According to GOD TV’s archive, Rory and Wendy Alec had not long arrived in the UK from South Africa when they attended a service in Surrey and received a prophetic word from Jonathan David that God had brought them to the British Isles to be a part of what He wanted to do across Europe to impact the destiny of the Church.

“We always knew the Lord had called us to creative evangelism through media,” said Rory. “He confirmed this to us, as He whispered into my heart: ‘Start Christian television in Europe!‘ “

There was no legal precedent for Christian TV in the UK at the time, so launching Europe’s first daily Christian television network was something so impossible that only God could have done it.  That is why Wendy’s first book, which records the birth of the Christian Channel Europe, was entitled, ‘Against All Odds’.

“The Lord led us each step of the way, defying all the obstacles in our path,” she said.  “We were just young dreamers, but the time came for our dream to be fulfilled and if you have a dream in your heart, God will bring it to fulfillment as you wait upon Him.”

The legacy of Rory and Wendy Alec

During their time together at GOD TV Rory and Wendy Alec became household names hosting many different series from Good Morning Europe to Friday Night LIVE, Behind The Screens and the Rory & Wendy Show. Over two decades they produced literally thousands of hours of original programming which saw many come to know Jesus in a real way.

They spearheaded mass evangelistic campaigns like the Battle of Britain which challenged viewers to adopt their streets and hand out flyers to every home with a satellite dish alerting them to special evangelistic outreaches. New converts were then referred to over 2,000 participating churches across the UK to be discipled. It was a powerful partnership between the church, the viewer and the media that the world had not seen before.

With a great love for Israel Rory and Wendy Alec will also be remembered for their close connection with the Jewish people. GOD TV was the first Christian broadcaster to broadcast from Jerusalem to the ends of the earth and the Alecs hosted many tours to the Holy Land along with spectacular LIVE broadcasts from the Holy City and other places of immense Biblical significance like the Sea of Galilee and Mount Carmel.

Through visionary innovations like these GOD TV grew from strength to strength. Wendy was the head of television and responsible for all our programming and the GOD TV brand. Rory travelled the world overseeing our offices in several different regions, meeting and interviewing leaders and reporting on our many different charitable projects.

Their tireless work in establishing GOD TV will never be forgotten by Christian viewers around the world who still retain a deep affection for the GOD TV founders despite their break up. Thankfully the network God used Rory and Wendy Alecto start remains intact. GOD TV continues to go from glory to glory as a divinely orchestrated End Time outreach with fruit that is eternal.

This article was written by Al Gibson