The Spiritual Power of Art 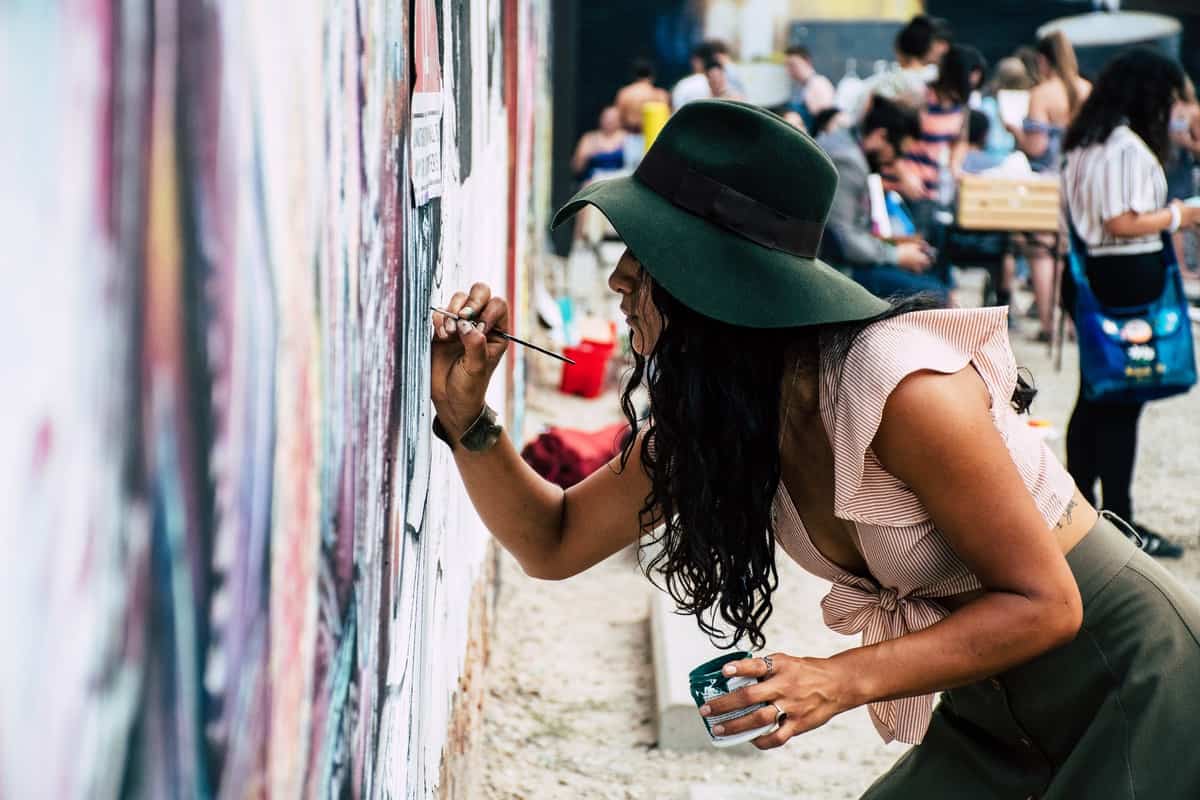 I had a dream where students were gathered to practice art. Blank artist’s paper and paintbrushes, colored pencils and other creative tools were waiting at each student’s place setting. The spiritual power of art was about to be revealed!

Looking closer at the white art paper, I realized the Holy Spirit was moving inside every piece of blank paper. I thought of the scripture in Genesis 1:2—The Earth was formless and void . . . and the Spirit was moving over the surface of the waters.

God’s Spirit was shimmering inside the papers and I knew He was eagerly waiting for the touch of an artist’s implement. Just one stroke of a brush or a pencil or pen would enable Him to be released into the atmosphere of the room!

Since that time I have seen the Holy Spirit’s presence and power released through art in numerous ways!

I was in our church’s healing rooms the morning a woman came to receive prayer for an inoperable brain tumor. Without knowing her situation, another believer in the room sensed she should invite the woman to stand in front of a recently painted prophetic art canvas.

The artist had painted a swirl of reds in the background. In the foreground the word HOPE was lettered in beautiful gold colors. The woman wept quietly as she stood in front of the painting.

Soon she felt a warm liquid draining out of her ear and down her neck. Later that week she went back to her doctor for new tests. They confirmed the inoperable tumor had disappeared entirely!

Through the artist’s anointed painting, God’s Spirit had reached out and healed the woman with His hope-filled power!

While on a missions trip to Nicaragua I volunteered to paint prophetically during an evening worship service. I asked Jesus what to paint and saw in my mind’s eye the image of a large drop of water. A river ran through the center of the water drop, surrounded by a Nicaraguan town. There was a bright light of glory around it all.

I sensed the painting would speak to someone in the worship service about their call to intercession for their region and their nation.

At the end of the meeting a young woman approached and asked to speak to me. With a trembling voice she told me that a month prior, while in a time of prayer, she had seen the exact same image I had just painted. She wanted to understand what God was saying to her.

I proceeded to release a prophetic word to her about God’s call to pray for the towns and cities of Nicaragua. She shared that she was already an intercessor for her fellowship and tearfully received the painting as from the Spirit of God. He was now expanding her sphere of influence. He was calling her to be an intercessor for her nation.

In a very visual way art had prophesied to her that the Spirit’s Living Water, mingled with her tears of intercession, would release the glory of heaven throughout Nicaragua.

The Spiritual Power Of Art!

I have also seen anointed art release joy; prophesy; heal wounds of the heart; evangelize; and more! In the hand of a son or daughter of God, ART releases heaven. It doesn’t even have to be highly skilled art, though Jesus loves excellence and delights to bless those who are gifted in painting or pottery or dancing or singing or writing or sewing or . . .

The Spirit of God longs to break through into our realm via the spiritual power of ART and creative expression. He is willing and waiting!

Let the artists arise in sensitivity to Him, with boldness and courage!