BREAKING
US Voices Concerns Over West Bank Rise in Violence in 2022
“Once in a Lifetime” Ancient Burial Cave Discovered South of Tel Aviv
Five Texas Cows Arrive in Israel—Cause Stir of Speculation about End Times
Home Tags Posts tagged with "THE STATE OF CONVERSION"
Tag:

THE STATE OF CONVERSION 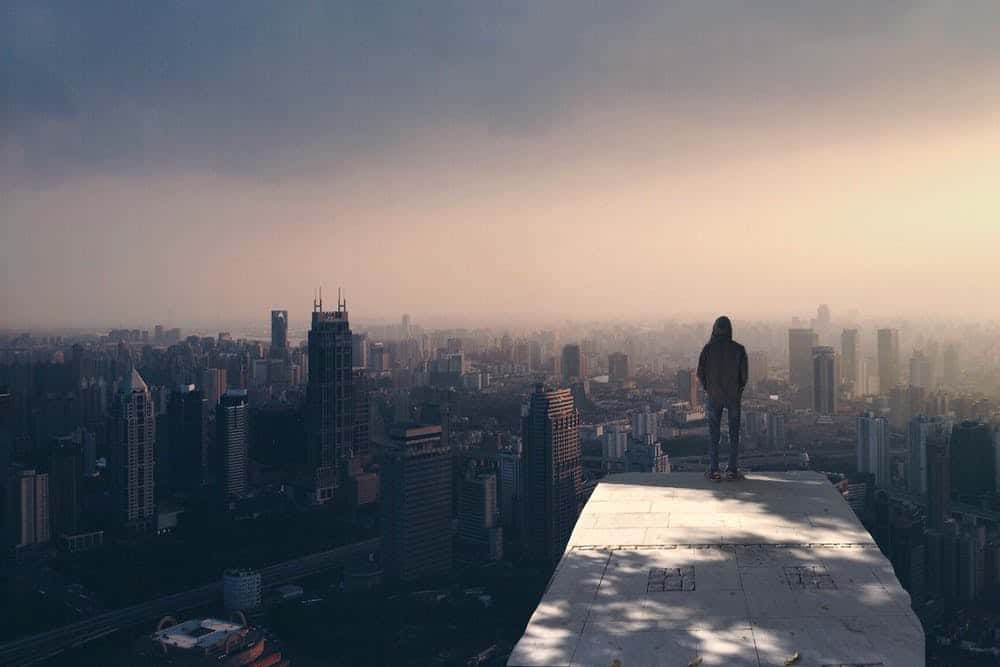 A State of Conversion: Are We Seeking God for It?

The seven gifts of the Holy Spirit are wisdom, understanding, counsel, fortitude, knowledge, piety, and fear of the Lord. Without going into each gift, I wasn’t surprised that in furthering my research of these gifts it led me to the word, prudence (see below)—I noted “sagacity” in one of these related articles, as well.

Counsel functions as a sort of supernatural intuition. It enables a person to judge promptly and rightly, especially in difficult situations. It perfects the cardinal virtue of prudence. While prudence operates in accordance with reason as enlightened by faith, the “gift of counsel” operates under the guidance of the Holy Spirit to illuminate the will of God.

Four of these gifts (wisdom, understanding, knowledge, and counsel) direct the intellect, while the other three gifts (fortitude, piety, and fear of the Lord) direct the will toward God.

Then Peter said to them, “Repent, and let every one of you be baptized in the name of Jesus Christ for the remission of sins; and you shall receive the gift of the Holy Spirit” (Acts 2:38). 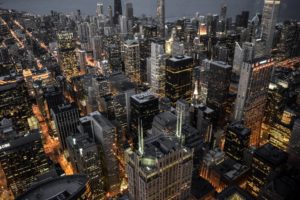 Being Independent of God

If we choose to sin—to work independently of God—and remain unrepentant, then there must be consequences for it. God wants us to understand the magnitude of His mighty power that saved us and exalted Christ over all. He does this so that we will properly represent Him here on Earth.

As in any state of anarchy, there will almost always be an equal amount of lawlessness. Tolerance of violence will break down our nation (our world); so, for there to be order, God has instructed us to respect the proper authorities.

If we continue to operate under our own will in making these wrong choices, we will be dealt with accordingly (see Romans 6:23). After all, there’s only so much we can get away with, when we’re operating on our own. 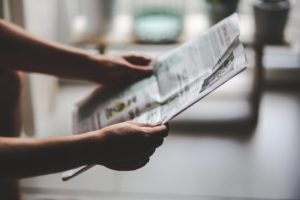 In much of the news today, we are a witness to loss of life, and an overwhelming amount of despair. People are hurting all around the world. Between the COVID crisis, riots, earthquakes, and other life-changing events, it’s hard to fathom a world “in order,” ever again.

With these world changing events happening, I can’t help but reflect on a message given to me just three years ago, “Without order, children, there will be chaos,” and how relevant this seems to be, now.

We must prepare for what is to come, being watchful and mindful of this spiritual warfare that surrounds us. God is a God of mercy, and He will restore His land, just as He has promised. 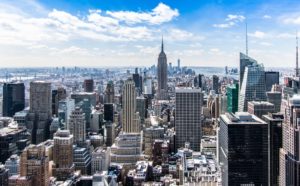 A State of Conversion

The New Testament tells us that God is a “rewarder of those who diligently seek Him” (Hebrews 11:6). Conversion is the act or process of being converted, and God is giving us each an opportunity for this conversion.

The Scripture says, “Repent therefore and be converted, that your sins may be blotted out, so that times of refreshing may come from the presence of the Lord, and that He may send Jesus Christ, who was preached to you before, whom heaven must receive until the times of restoration of all things, which God has spoken by the mouth of all His holy prophets since the world began” (Acts 3:19-21).

Charles Spurgeon said it best, and in reciting the Psalmist, David, “‘Although my house be not so with God now, it may be yet’; therefore, will I still wait, for there be mighty instances of conversion.”

Re: Seven Gifts of the Holy Spirit and David’s Dying Song 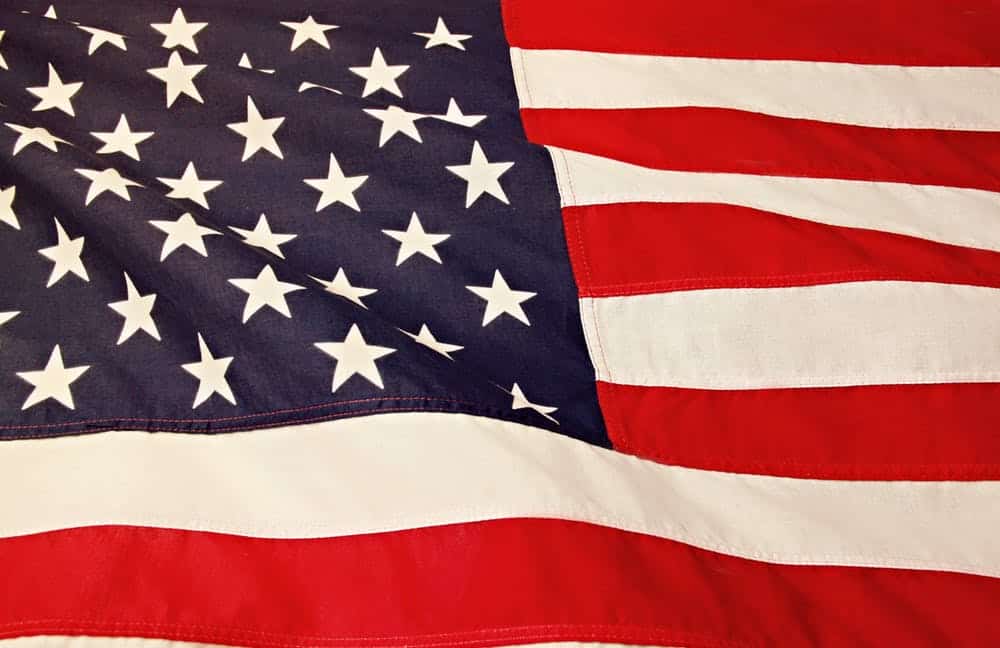 A Call to Prayer and Action: One Nation Under God

The word for the week was “sagacity”—it was a word-search that my mother would teach us. Word Search is a game composed of the letters of words formatted in a grid. It means to use wisdom, describing someone who is wise and insightful like an advisor to the President or a Supreme Court justice. Someone who seeks knowledge can also be described as being sagacious.

It’s been my heart to learn more about this presidential process. Traditionally, there runs a series of primary elections and caucuses scheduled from February through August. This nominating process is an indirect election, where voters can cast ballots selecting a slate of delegates to a political party’s nominating convention who then elect their party’s nominees for President and Vice President.

In the United States, a contingent election is the procedure used in presidential elections in the case where no candidate wins an absolute majority of votes in the Electoral College. A candidate must receive 270 of the 538 electoral votes to become President or Vice President. If a candidate for President fails to receive 270 votes, the House itself will choose the President from among the individuals who received the most electoral votes.

As we prepare for this upcoming United States Presidential Election, let us all consider who we believe is the best candidate for this very important elected office. 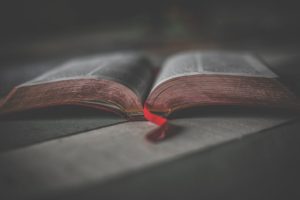 In Considering This Call

King David is described in the Hebrew Bible as the third king of the United Monarchy of Israel and Judah, becoming king after Ish-bosheth. In the Books of Samuel, David is a young shepherd who gains fame first as a musician and later, by killing Goliath.

And then it happened, “One evening David got up from his bed and walked around on the roof of the palace. From the roof he saw a woman bathing…” (see 2 Samuel 11:2).

God wants us to understand the magnitude of His mighty power that saved us and exalted Christ over all, so that we will properly represent Him on Earth.

2 Corinthians 5:16-17 says that when we trust in Christ’s saving work, we become a new creation. The sins of one’s past are covered by the blood of Jesus Christ. In Christ, our sins are both forgiven and forgotten. 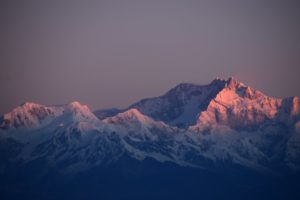 In David’s own words, according to the New Living Translation in the second Book of Samuel, chapter 23:3-4, “The one who rules righteously, who rules in the fear of God, is like the light of morning at sunrise, like a morning without clouds, like the gleaming of the sun on new grass after rain.”

Verse 5 says, “Is it not my family God has chosen? Yes, he has made an everlasting covenant with me. His agreement is arranged and guaranteed in every detail. He will ensure my safety and success.”

In a recent article that I read, it was stated that about a third in the U.S. see God’s hand in these presidential elections, and even fewer say God picks winners based on policies. Since President Donald J. Trump’s election in 2016, some religious and political leaders have pondered God’s role in his own rise to power.

President Trump’s former energy secretary, Rick Perry, has said that the president is “here at this chosen time because God ordained it.” Evangelist Franklin Graham was noted saying, “God was behind the last election.” 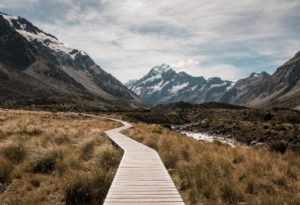 In the earliest years of this presidency, I’ll be honest with you, I didn’t pay much mind to it. Politics, policies, none of this made any sense to me, and it simply did not gain my attention.

It’s been through my own challenges the past few years that I finally started tuning in to more worldly matters. For the longest time, I lived in my own “little world.” I was shut off from many of the opinions that surround us. Due to financial indifference, health matters, and a change in my own marital status, I’ve been paying closer attention now, and now, more than ever.

Rather than focus on myself, or on my problems, it’s been my heart to help others see what “we” can do to make a difference.

I do believe, I’m being led to “get more involved,” and I am learning a great deal through this process. 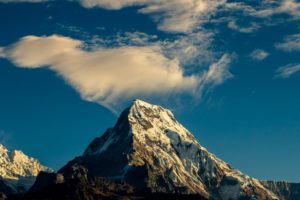 One Nation Under God

Like so many others, I’ve been living my own life, keeping my opinions to myself. Politics was not “my thing,” even though my right to vote was given to me since early adulthood. I realize now how important it is that we allow our voices to be heard. There can’t be change, if we don’t learn to speak up, taking the necessary steps in making these changes.

Choosing a leader to lead this nation is an important process that we should all be involved in. The Bible says that we are to choose for ourselves who we will follow, and a man after God’s own heart is who we should want in-office.

This is an unprecedented time for the world to come together, bringing reconciliation and unity like never before. We, as Christians, have the opportunity to unite, joining nations all across the globe. Choosing a leader who is willing to work with other leaders, is vitally important. We must pray for our President, and the other elected officials called to manage this presidential-office.

Who we vote for today, will indeed affect our tomorrow. And though my understanding has not much improved, when it comes to these everyday office-politics, I do know that the Bible is clear… We are still called to honor the authorities of the land.

May we all consider “God’s best” for this upcoming election.

Read also: May Christ Be All And I Be Nothing