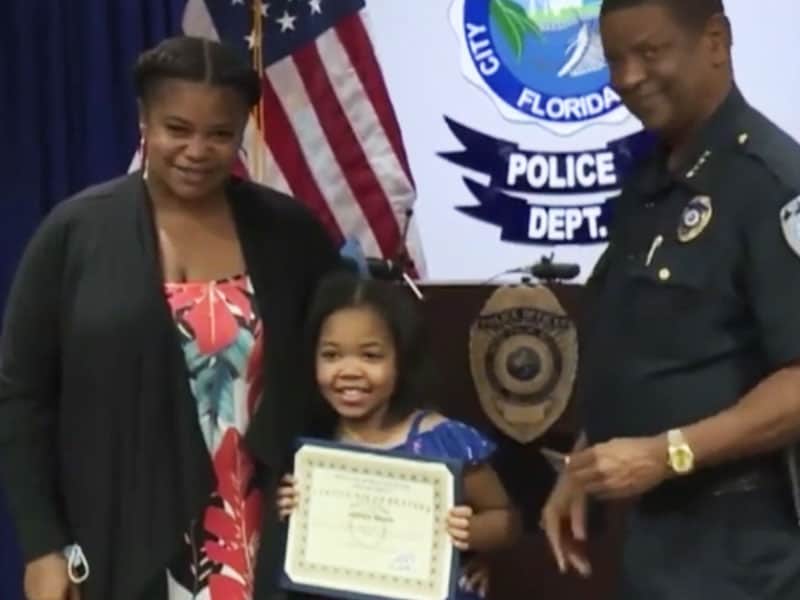 9-Year-Old Girl Fights Off A Thief & Protects Her Mom

A 9-year-old girl bravely fought off a thief who attacked her mom and ran after him to protect her from him.

Danielle Mobley went to a grocery store with her daughter, Journee Nelson, on Broadway Avenue, West Palm Beach, Florida. The mother and daughter were about to get in the car when a man wearing a gray hoodie suddenly charged towards Danielle. He then tried to grab Danielle’s purse and pushed her down to the ground. 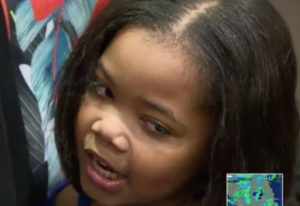 Meanwhile, witnessing the incident, Journee took action. She fearlessly got out of the passenger’s side of the car and ran towards the mugger. She then courageously fought him off. The little girl punched the mugger several times in the face to protect her mom from him. But the 9-year-old did not stop there…she actually “chased him four houses down the block.”

An Award To The Brave Little Girl

Journee’s helped authorities to locate the mugger and he was arrested two days later. Soon after, the West Palm Beach Police Foundation acknowledged the young girl’s bravery and awarded her with a certificate and a gift card for Target. 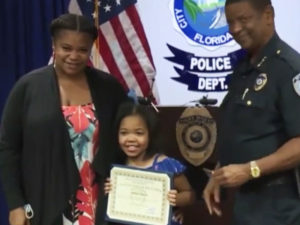 “Her actions were perfect timing in this particular situation,” said one police offer. “I don’t know, I think she hit him pretty hard.”

Despite Journee’s courageous act, the authorities stressed they “do not recommend going after a violent offender. Especially at nine years old.”

“She did a great thing and protected her mom,” remarked the officer. 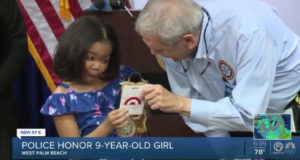 Moreover, Journee told WSVN, “I fought back. I had to save my mom.”

Now, the 9-year-old is contemplating whether she will become a teacher or a police officer when she grows up.