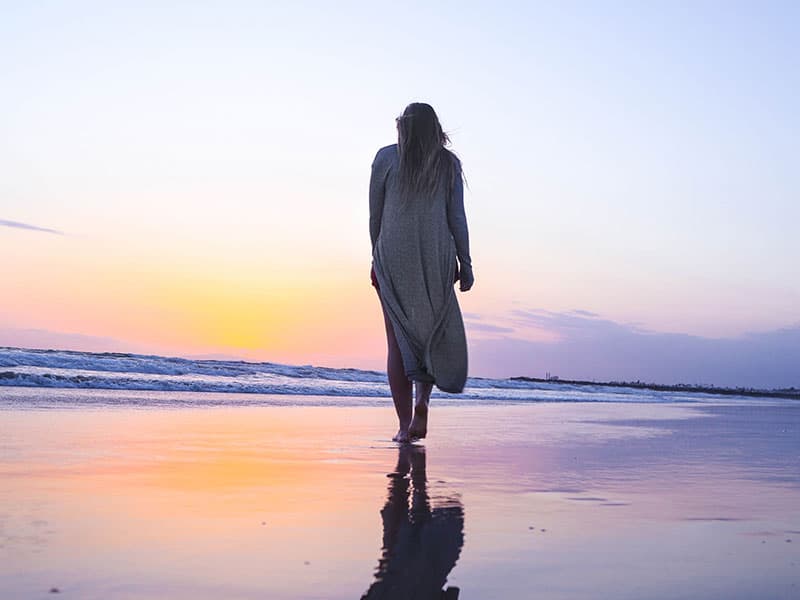 Our Theology Determines Our Outlook

God gave us the Ten Commandments to make us aware of our sinful nature. Without the law we were unaware of sin. After the law was given man had a choice but he found he was powerless to obey the law and its demands. The problem was sin and the only answer was a blood sacrifice. So animal sacrifice were made to satisfy the demands of the law. However this was only a partial solution. The only solution was for God to send His only Son to be the permanent sacrifice for the problem of sin. The power of sin was reversed through the Cross and now we are free to be. This is what grace is all about. It is a free gift with eternal consequences. We now can continue to live under the law or live under grace.

Many believe we have been predestined to be saved and therefore there is no need to spread the gospel of Good News. This is a false teaching that says there is no point to do anything because God had already predestined as to who would be saved. Yes God has predestined us for salvation but we have a choice to make. God knows who are His but we still need to make a choice. He has given us a free will and we can choose to follow Him or reject Him. Jesus died that all maybe saved. He did not come just for the few select ones. We must choose to accept Him as our Lord and Saviour.

Many believe that poverty is a sign that we have no attachment to things on the earth. However God has promised us an abundant life. This abundance is not just spiritual but that we should prosper as our soul prospers. This means it affects our bodies and our finances too. We can walk in health and prosperity or poverty and sickness. This too is a choice. A theology of poverty and lack will reap the same. We need to check our theology and align it with the word of God. Human interpretations of scripture have lead many to make wrong choices. The above are a few of the ways we live below what God intended for us. Correct your theology and see how your life changes for good. 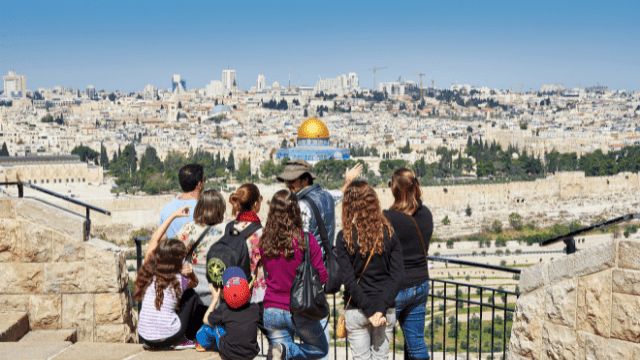 After More Than a Year, The Holy Land Welcomes Tourists Again!

A small group of theology students from the Midwest received a special welcome as they landed at Ben Gurion Airport in Israel late last week. They were the first group of tourists since Israel closed its borders last year due to COVID-19. More groups are expected to arrive in the coming weeks as the Holy Land opens for tourism once again.

The group of about a dozen students from Prince of Peace Church in Missouri received a personal escort from Israel’s Tourism Minister through immigrations and the mandated protocol of coronavirus testing for international travelers.

“Israel is healthy and vaccinated. Restaurants, hotels, concerts, markets, and sporting venues: everything is open,” Orit Farkash-Hacohen, Minister of Tourism, told the group. “Israel is an attractive destination, with unparalleled historic and religious sites sacred to three religions, vibrant cities, amazing food, and warm people. I am sure you will enjoy it all.”

The Ministries of Tourism and Health are welcoming select groups like the one from Prince of Peace over the coming weeks as part of a pilot program to bring tourists back to Israel in a safe way, as variants of COVID-19 persist around the globe.

Israel has vaccinated an estimated 85 percent of its adult population, and new cases of COVID are almost nonexistent. On June 1, Israel dropped most of its internal restrictions, allowing businesses and other venues to open again at full capacity, regardless of whether an Israeli is vaccinated, recovered from COVID, or unvaccinated.

And the forecast for tourists once again flowing into the land looks even brighter since the recent ceasefire between Hamas and Israel appears to be holding, and peace has mostly returned to the streets of Jerusalem and other hotspot communities across the land.

“I hope you all enjoy your trip and that you encourage others to come visit Israel when you return home,” Farkash-Hacohen told the group before they embarked on their tour. 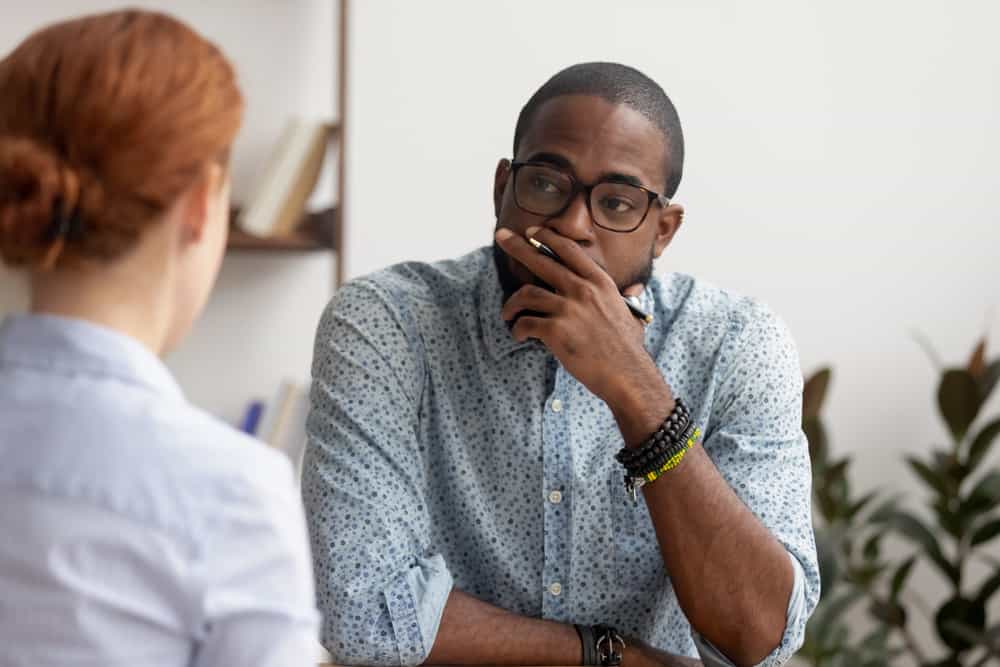 “You judge by human standards; I pass judgment on no one. But if I do judge, my decisions are true, because I am not alone. I stand with the Father, who sent me.” (John 8:15-16 NIV)

Perspective is determined by our beliefs, experiences, and life choices. Sometimes we can never see things from another’s perspective because of our preconceptions.

Have you ever come out onto your porch the first time in the morning and run into a spider’s web? You frantically rub your hands over your face to get the cobweb out of your eyes and mouth. You encounter this web two or three times in the same week and become so frustrated you get a broom and start to destroy the whole massive entanglement. You even begin to look for the source of your problem to end the life of this fiendish little insect.

Have you ever thought about this situation from the spider’s point of view? This little insect works all night faithfully creating his web material and then shooting strands of it skillfully across the porch to build this perfectly designed geometric structure. In a second or two, a human comes along and destroys all his labor for that evening. This little creature is just doing what God created him to do, build spider webs. If you were a spider, how would you feel about this scenario? I don’t think the spider feels anything, and it goes on merrily making another web, not so with humans. I am suggesting to you that people, even in the church, have conflict because it is difficult to see things from another’s perspective.

Someone once said I have my mind made up, don’t confuse with the facts. We all judge by human standards and at least, in part, imperfectly. God never gives all the truth to any one part of the Body of Christ. Admitting this to be true is the first step in seeing things from another’s perspective.

The basis of all truth is God’s Word, yet good people do sometimes disagree about the interpretation of various things stated in the Bible. Someone once said, “In the Bible, the main things are the plain things, and the plain things are the main things.” Certain truths in the Bible can never be compromised, such as the means of our salvation and the nature and the character of God.  Other biblical issues have been discussed for centuries, such as the sovereignty of God and free will of man. You can make a biblical case for both of these seemly contradictory theological issues. Maybe, what God has not revealed plainly, we should not try to define completely.

Augustine taught that we must have unity in the essentials of our faith. You cannot change the plain things. In the non-essentials, we can have the diversity of thought, but, according to Augustine, the freedom to disagree only works if you have love in all things.

In the eighteenth century, two famous preachers, George Whitefield, a Calvinist, and John Wesley, an Arminian, had great debates about free grace and divine election. Each of them argued their theological point vigorously. After Whitfield’s death, a woman asked Wesley if he thought he would see Whitfield in heaven. After a long pause, Wesley said, “No, madam. Do not misunderstand me, madam; George Whitefield was so bright a star in the firmament of God’s glory, and will stand so near the throne, that one like me, who am less than the least, will never catch a glimpse of him.” Christian unity is not about the meeting of the minds, but that of our hearts. Only then will be able to see things from another’s perceptive.

The next time you have a conflict with a brother or sister in Christ, try to put yourself in the place of the spider and see it from another’s point of view. 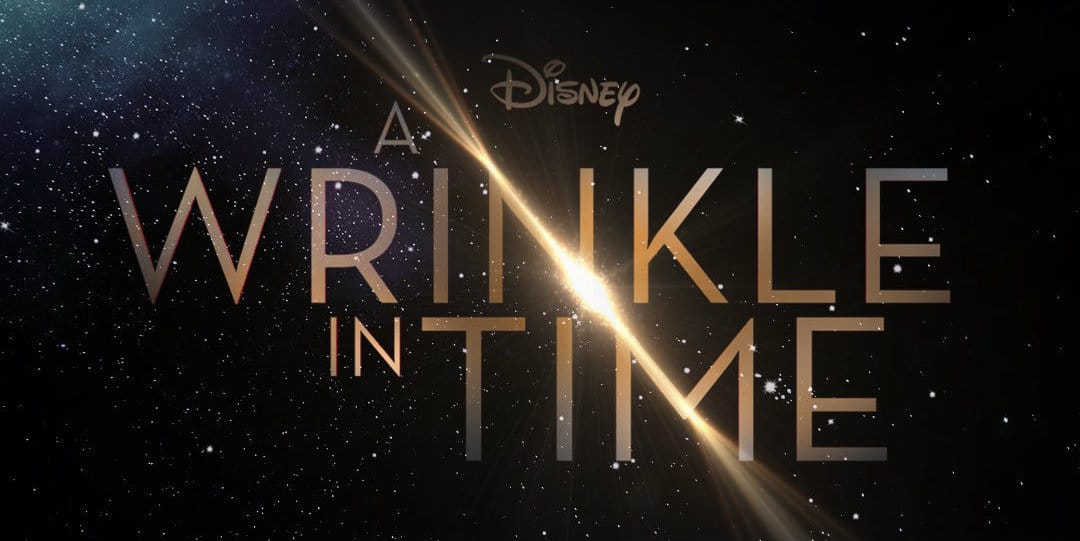 “What if we are here for a reason? What if we are part of something truly divine?” It is with these deeply significant philosophical questions that Disney’s live-action movie “A Wrinkle In Time” is introduced to the world. Filming has ended for the star-studded cast, and now the newly-released trailer has left many in tense suspense for the March 2018 movie release date.

It has been over 50 years since noted Christian author Madeleine L’Engle penned and published “A Wrinkle In Time” – a children’s book that features the cosmic battle between good and evil. In her writing, Christian theology takes center stage – all in terms understandable to a child. L’Engle’s writing is a work of art, craftily integrating Christian thought into the mainstream – where it belongs. This book makes Christianity relevant. Imagine what it can do as a movie.

The trailer has gone viral as one of the top trending videos on Youtube. The world craves the hope and inspiration of “A Wrinkle In Time.”

A Movie In The Making

Ava DuVernay, the director of “Selma,” has taken the helm as director, recruiting Oprah Winfrey, Reese Witherspoon, Mindy Kaling, Storm Reid, Zach Galifianakis, and Chris Pine to lend their talents to telling a story that begs to be told.

In the trailer, Pine delivers a lecture on time and space travel to the haunting tones of Eurythmics’ “Sweet Dreams.” Next, we find Pine stuck in a cosmic trap due to his discoveries. Winfrey, Kaling, and Witherspoon, who star as Mrs. Which, Mrs. Who, and Mrs. Whatsit, respectively, guide a group of children through time and space to find him. They ultimately participate in the eons-long battle between good versus evil.

The enticing trailer reveals little, but promises much. Filmed, in part, in New Zealand, the setting is spectacular. And, of course, you can’t overlook the talented cast and attention-grabbing costumes. But it remains to be seen whether Disney fully incorporates L’Engle’s Christian messages into the movie.

Jesus: A Fighter Against The Dark Thing

In L’Engle’s book, there are several allusions to Christian theology. First, Mrs. Whatsit identifies Jesus as a fighter against the Dark Thing – the powerful force of darkness that is rapidly taking over one planet after another. While the main characters themselves are never identified as Christians, the spirit-like guides riddle New Testament verses into their teachings.

In a time when many people feel alienated from church and rituals, L’Engle’s novel extends an invitation that any and all are welcome to join the light and fight against darkness.