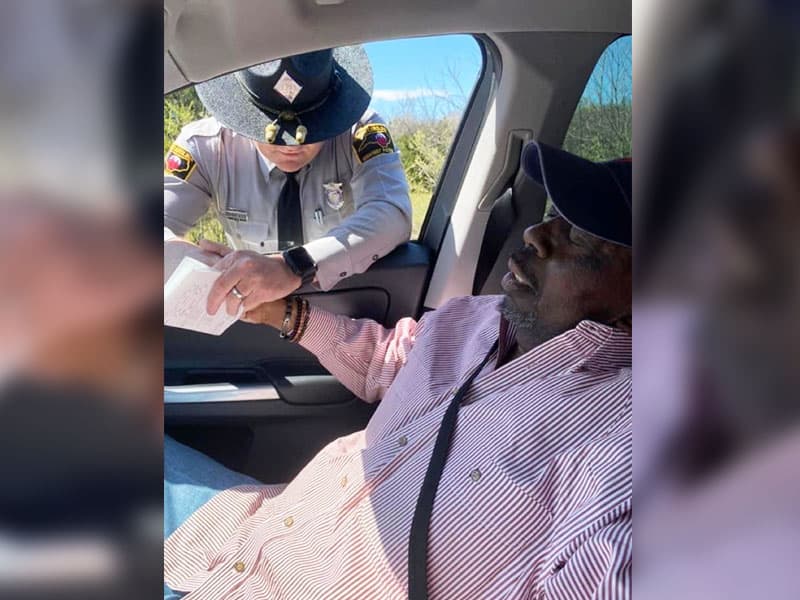 A cop in North Carolina stops a family for a violation of speeding. But after finding out a man battling cancer was inside the car, he compassionately offered a prayer for the man instead of doling out a ticket.

A grateful daughter who honored the legacy of her father who recently passed away on May 22, shared a story on Linkedin that is now touching thousands. She told of the moment when her dad, Anthony “Tony” Geddis, met a kind North Carolina State Highway Patrol Trooper. 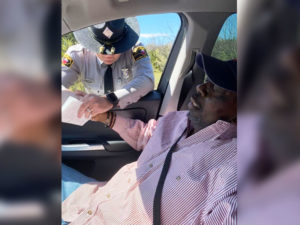 Apparently, earlier this year, Ashlye V. Wilkerson, Geddis’ drove her dad to the hospital for chemotherapy as he was battling colon cancer. As they were driving home, she soon realized she was already speeding. But it was too late as an officer came behind them and signaled that they should pull over.

So, when Ashlye pulled over, the Officer came and asked for her license and registration. Her dad, who was behind the back and coming out from his recent chemo, quietly defended his daughter. Tony told Officer Jaret Doty that his 39-year-old daughter was just driving him home.

After taking Ashlye’s license and registration, the family wondered why the trooper was gone for a long time. In an interview with Jaret, he told WSOC-TV that he really wasn’t planning to give the lady a ticket. Instead, he wanted to take the time to sit in his car to compose himself and figure out what to do.

Unknown to Tony and his daughter, Jaret’s memories flashed back, after seeing the struggling man, of when he was sick. The Officer apparently suffered from ulcerative colitis before, which led to the “removal of part of his colon.”

In the end, Jaret finally made a decision, and that was to pray for Tony, who was battling colon cancer.

“Can I pray for you?” he asked Tony when he returned to the car. Then the man immediately agreed and said, “I absolutely believe in prayer.”

Further, in the post Tony’s daughter shared, she also revealed what happened on their end in honor of her dad.

“He asked if he could pray with you,” she wrote. “You welcomed the prayers with gratitude and informed him that you’re a deacon of your church. You proudly shared your love for Christ and your belief that God’s will would be done.”

That encounter with the Officer forever changed Ashlye as they were blessed with the Patrol Trooper.

The post has now reached more than a hundred thousand reactions and comments.