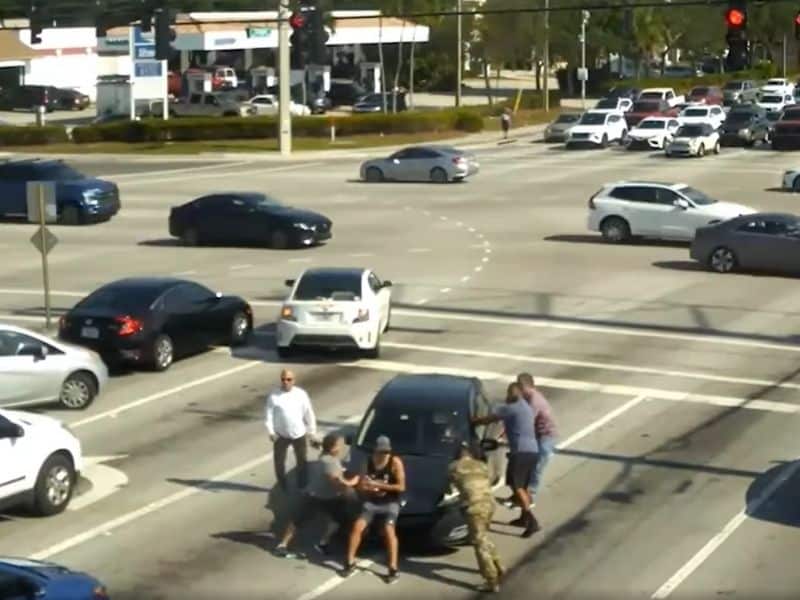 A car drove off in a busy intersection in Boynton Beach, Florida, neglecting all traffic rules. It was then realized that the driver was suffering a medical episode. If it were not for good samaritans who went out of their way to rescue, it would have ended in a nasty accident.

A CCTV camera captured the whole event, and the video footage went viral online. The Boynton Beach Police Department posted the recording on Twitter to reach out and thank the good samaritans for their efforts.

On May 5, a woman driver went through a medical issue while waiting for the traffic light. Even though the red light was still on, her car drifted off and crossed the intersection. Onlookers wondered about the car’s strange behavior.

Fortunately, the woman’s co-worker went home with her. She was in her own car,  and they were beside each other in the lane.

The woman was already slumped at her steering wheel when the co-worker looked through.

So, she immediately got off her car and waved her arms at other drivers to get their attention. She was signaling that something was wrong with the driver.

The people were quick to act. They then rushed to the car and stopped it. Another woman used her dumbbell to open the window and unlocked the car doors.

They called 911 and led the patient to receive medical aid.

“We are sharing this video in hopes of learning the identities of all the strangers who came together to save this woman’s life,” the police department said. “They are heroes, and we want to bring them back together at the police department to recognize them and meet the woman they rescued. We need your help to do this.”

Today, the officers have located some of the samaritans. They plan to throw a recognition ceremony for their heroic act.