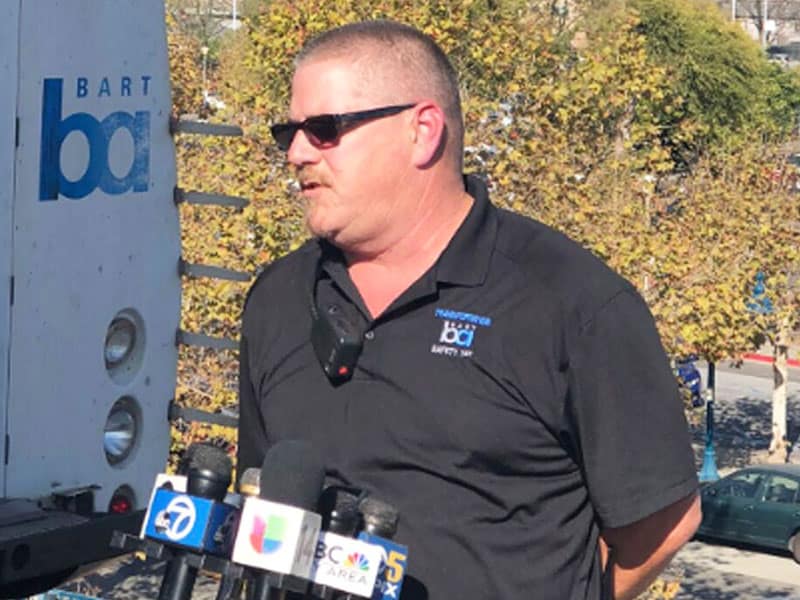 Mornings are a blessing. Because they remind us that God’s mercy allows us to live another day. And Rayshawn is truly grateful that he was given second chance at life after nearly dying at Coliseum Station in California. Thankfully, a California transit worker was there to rescue him.

According to the report on Fox News, John O’Connor, the Bay Area Rapid Transit (BART) supervisor was assisting with crowd control at the station when the incident happened. It was after an Oakland Raiders game that led to the crowded station on November 3.

John was attentively monitoring the area when he noticed a man walking too closely to the edge of the platform. To his shock, the man fell onto the tracks while the train was fast approaching.

“I just looked and was like, ‘he’s not going to make it. So I’ve got to do something,'” John recalled.

“There wasn’t a lot of time to think. In my mind, it all went down in slow-motion. I just grabbed him and pulled him out,” he added.

Then immediately, he rushed to the man and pulled him up onto the platform, just moments before the train would have hit him!

The CCTV camera installed in the Coliseum station captured the nearly tragic event.

Here is the dramatic platform video of our humble hero John O’Connor saving a man’s life at the Coliseum station Sunday night. John is a Transportation Supervisor and has worked at BART for more than 20 years. An amazing rescue. pic.twitter.com/KrO75nqPYb

Despite people acknowledging John as a hero, he humbly doesn’t consider himself one. Instead he only hopes that the man he saved considered what could have happened. He said he was simply doing his job as a transit worker.

“I’m just fortunate that God put me there and he got to see another day. And when I spoke with him later, I said, ‘Hey, just pay it forward,'” he said.

Then he gave the man advice saying, “Today is the first day of the rest of your life. Try to use a little more caution and go out and do something good with your life. Enjoy the rest of the days God blessed you with.”

Now, the BART is considering installing barriers in their platforms even if it is a rare occurrence that people accidentally fall onto the tracks.

A few days later after that feat, John and Rayshawn met at a Raiders game on November 7. And after the game, the men greeted each other and hugged.

This is what the Bay Area Rapid Transit revealed on their Facebook page:

Read Also: This Is How God Uses Miracles Today