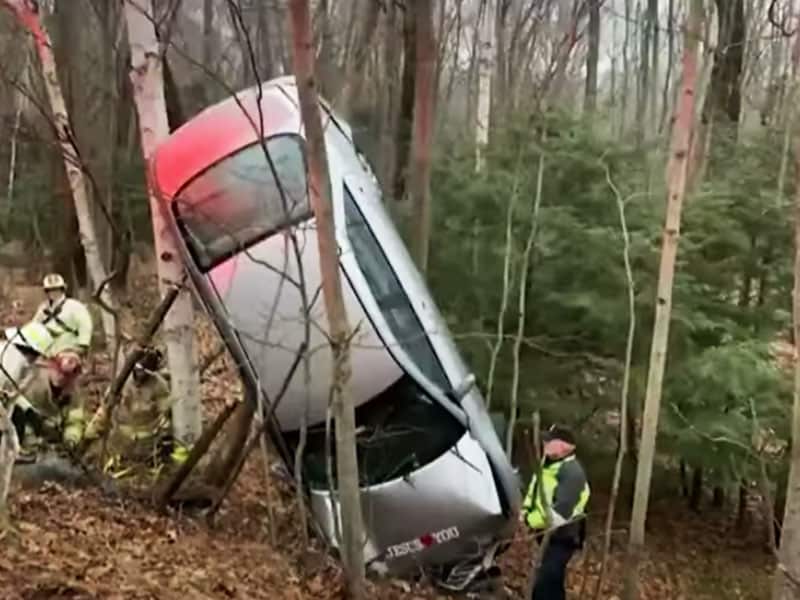 Woman Trapped In Car In A Tree, Then God Sends Good Samaritan To Help

A woman’s car was overturned in a tree after an accident and trapped her. She screamed and cried out for help until God sent someone to rescue her.

Yata Yeawolo was in a car accident in Oxford, Massachusetts, a few days ago. In an interview with 7NEWS, she detailed how the accident landed her car upside down in the ditch. Apparently, she dropped off her 3-year-old son at daycare when her car got turned around on route 56 and went across the lanes. 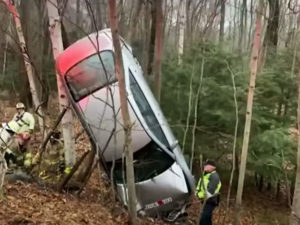 “It just happened so fast. It just lost control and went boom! Into the ditch,” she recalled. Then the next thing Yata knew, she was already at the top of a tree.

“Nobody could hear me screaming on top of my lungs. I was crying, I had no help, and I’m facing down. My car is up in a tree,” she recounted.

Meanwhile, Dylan Dauphinee passed on that same route that day.

“It rained very briefly for about 10-15 minutes,” he recalled. “I don’t know what happened. Everything was just a skating rink of ice.”

The Good Samaritan narrated that he slowed down to avoid danger when he saw Yata’s car. 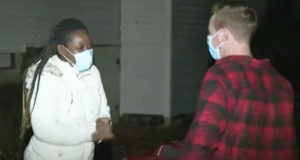 “I saw this poor woman’s silver Camry upside down, about 10 feet in a ditch, lying vertical,” he said. Then he approached the car to check if a person was trapped. There he saw Yata.

“I pressed my hand against the glass, and [Dylan] said, ‘Hey, are you okay?’ And she just looked at me. And I remember her eyes and her hair dangling over because she’s hung upside down, and she said, ‘I’m okay, I’m okay.'”

Soon, Dylan called 911, and firefighters rescued Yata. Thankfully, they managed to pull her out to safety.

Yata didn’t know the kind stranger’s identity. But they met again to thank him. The mom of three said, “I would have been dead. I’m not supposed to be alive right now. God sent you [Dylan] to rescue me.”

Yata also has the sticker “Jesus loves you” on the hood of her car.