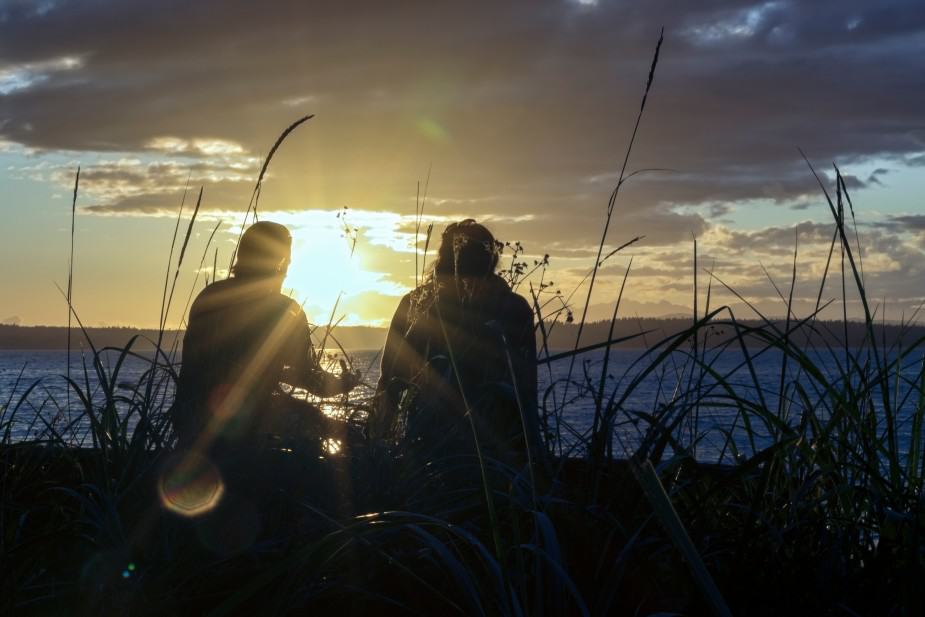 Trauma Bonding: What It Is & How to Break Free

Content warning: the following blog contains a general discussion about the concepts of abuse and trauma bonding.

By talking about the topic of trauma bonding, I will mention different types of abuse. If you are someone who has or is suffering from abuse and trauma bonding, this content may be triggering. If you are in an abusive relationship, you can call this hotline 1.800.799.7233 or visit The National Domestic Violence Hotline website for help and immediate support. For more hotlines, including international hotlines, see https://drkimmyramotar.com/list-of-hotlines/. You can also check out my recent podcast and blog on domestic abuse for more resources.

In this blog, I talk about trauma bonding, and how to start healing from the trauma of an abusive relationship.

Trauma bonding generally occurs in abusive relationships. It is a psychological and emotional response to abuse in which the person experiencing the abuse can develop certain attachments or sympathies for the abuser.

Generally, the trauma survivor and the abuser tend to share an unhealthy type of attachment. It is natural for humans to become attached to each other, and attachment in and of itself is not bad. However, when people have a relationship where their abuser is their main source of support, this is usually when trauma bonds start to develop. One example of this is when the trauma survivor still looks to their abuser for comfort or emotional support even if the abuser is the cause of their issues. In these cases, this person is often looking to the abuser to fulfill a deep emotional need or want. They may not even know what a healthy relationship looks like—this is how they have learned to see the world and relationships. This is especially common among trauma survivors who were abused from a young age (when they were forming their views on life and the world).

Many people who experience trauma bonding tend to blame themselves for the abuse to excuse their abuser. Their abusers may even have told them that they won’t be loved by anyone else, and that this is all they deserve. Sometimes, the abuser will show remorse for their actions, and the trauma survivor sees this as a sign that their abuser will change, but they generally do not.

There are many cases in which abuse can occur, including domestic abuse, child abuse, incest, elder abuse, exploitative employment situations, kidnapping, human trafficking, cults, religious extremism and so on. There are typically four points in the cycle of abuse:

1. Rising tensions and miscommunications. In this stage, the trauma survivor will notice more and more disturbing behavior from the abuser. They may start to feel fearful and intimidated but also confused. They may either be observing a new side of this person, or they may be wondering why the abuser is treating them like this again. This is usually when the survivor blames themselves and begins to think that they did something wrong to cause the treatment they are getting.

2. Incidents of physical, emotional, verbal, and mental abuse. This is usually the stage of abuse that involves intimidation or displays of anger by the abuser, which often leads to more fights where the abuser uses blaming or threatening language or behaviors.

3. Reconciliation. In this stage, the abuser may apologize or try to make amends for their behavior. This is when they will usually show a lot of what looks like remorse and promise to change. They may even try to make excuses or say the incident was not as bad as the trauma survivor says or believes. The abuser may even deny the incident.

When the abuser shows remorse or a promise of change, or when they treat the other person lovingly, these are considered sporadic rewards amongst punishment. The survivor can end up in a state where they are always hoping that the moments of kindness shown by the abuser will come back, and they usually rely on these moments to get them through the bad times. The survivor may also be thinking of the earlier days in their relationship, when things were most likely much better. In this stage, there is a lot of manipulating and gaslighting.

According to the organization Parents Against Child Exploitation, “a trauma bond develops under specific conditions. A person must: perceive a real threat of danger from their abuser, experience harsh treatment with small periods of kindness, be isolated from other people and their perspectives, and believe that they cannot escape.”

Essentially, in a trauma bond you become psychologically dependent to your abuser (or form a distorted attachment), which is why the cycle of abuse can keep going on and on. Some survivors have even described the process of leaving the abusive relationship like coming off a drug. In fact, this applies both to the abuser and the trauma survivor—many people feel emotionally “hooked” to the other person in these types of relationships. In fact, it can take just 63 days of this kind of relationship to develop a strong bond that can be hard to leave. (This is roughly the time it takes to build a new thinking habit that affects our thoughts, choices and behavior, as I discuss in detail in my book Cleaning Up Your Mental Mess.)

In my research, this description seems to be the most apt way of describing trauma bonding: “it feels like you’ve broken me into pieces, but you’re the only one who can fix me”. This quote not only sums up how an abuser can become an essential part of someone’s life, but it also points out how, often in abusive relationships, the survivor is so socially isolated that they really only have their abuser.

The trauma bond attachment can feel like an addiction because it creates changes in a person’s brain. Oxytocin (which is associated with bonding), endogenous opioids (which are related to pleasure, pain, withdrawal, and dependence), corticotropin-releasing factors (which are connected to withdrawal and stress), and dopamine (which is related to craving, seeking, and wanting) all become out of balance in these relationships. This is why, just on a biological level, these kinds of attachments can be so hard to break.

Our brain will release chemicals in response to our environment. In an abusive relationship, this release happens constantly as the cycle of abuse goes through its different changes. This, in turn, creates an environment where the constant changes in a relationship create a highly charged climate. As a result, the survivor is in an environment that is characterized by lots of unmanaged toxic stress, because they are constantly uncertain about whether the abuser will suddenly react or become violent or they are constantly thinking that they themselves are to blame.

In unmanaged, toxic stress environments, our brain releases high amounts of cortisol and predictive patterns are built. High levels of cortisol can actually create physical changes in the brain, and can override proper reasoning, which can really affect a survivor, especially if they are trying to leave an abusive relationship.

Another major psychological reason why many people find it hard to end a trauma bond is cognitive dissonance. Cognitive dissonance is the confusion and discomfort humans can feel when they hold on to opposing and conflicting beliefs, values or attitudes. It leads people to rationalize or justify a reality that is at odds with what they feel internally, and often makes them ashamed, embarrassed or guilty, which can keep them feeling trapped. In the cycle of abuse, the survivor generally experiences cognitive dissonance when they are hurt by their abuser, but also blames themselves and tries to justify their abuser’s actions, which also affects the mind, brain and body. With their neurochemistry in disregulated states, it will be extremely difficult to manage emotions or make logical decisions.

If you are listening to all of this right now and you may be in an abusive relationship, please know that you are not alone and that freedom is possible. Never blame yourself if you can’t understand why you can’t just leave—try to understand that there is a lot more going on, and you may need different coping strategies and help to break this attachment:

5. One big part of beginning the process to break free from a trauma bond is to understand that you are in an abusive relationship. Many people may not realize their relationship is destructive, especially when the abuse is less outright and occurs in a more subtle, emotional ways. Here are some things to look out for:

One of the most important things to remember is that the feelings and pain you are experiencing won’t go away immediately. As you take steps towards trying to break free from an abusive relationship, remind yourself to take things one day, or even one moment, at a time. There is no set way to heal—you take as long as you need!

Try to work on the habit of blaming yourself or justifying the abuse that you may have developed as a protective mechanism. Work on learning how to trust yourself again; acknowledge that what you are or have been experiencing is not healthy and not okay.

One helpful way to do this is to learn to talk back to your inner critic, that inner voice that is constantly blaming you for your own problems (for more on this, see here). This can help you deconstruct your sense of self-blame, which could lead you to think for yourself freely. Do this while making a list of reasons why it is not your fault, and focus on that list—especially when you feel down or in a bad place.

6. It is especially important to get support from anyone else in your life that is loving and trustworthy. Often, people in highly toxic relationships feel isolated—when the survivor garners support from others it can help break this isolation. If you are scared to open up or embarrassed, you may find that opening up to others who have experienced abuse may make you feel less judged—it will show you that you are not alone.