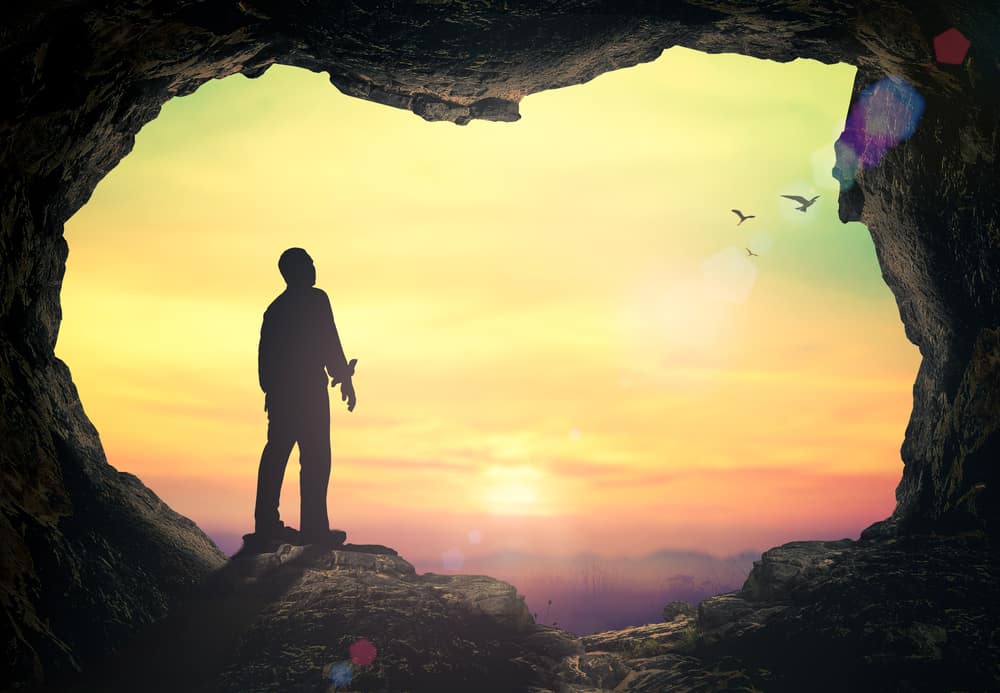 1. Don’t let fear get the best of you

I’m not proud of where I started. You’re never going to find a bigger coward than yours truly when it comes to sharing your faith. When I first became a Christian, I struggled for several months before I got up enough courage to put a fish emblem on my car. I’d bought one at the bookstore but it sat on the desk for weeks. My concern was nothing more than the thought that my coworkers might think I was a fanatic.

Looking back now it seems silly. But I can relate when some say they are uncomfortable sharing their faith with others. I had the desire, but fear was an obstacle that had to be overcome. A verse I prayed often until my confidence grew in this area is found in Proverbs 28:1 “The wicked flee when no one pursues, but the righteous are bold as a lion.” If you struggle with fear while witnessing, let that soak into your spirit and let God fill you with boldness to replace your fears! Like most things in life, the more you share your faith, the more comfortable you grow in doing so.

2. What you say is not as important as saying it

Always remember, what you say is not as important as saying it. What I mean by that is this. Certainly, we should study and show ourselves approved. II Timothy 2:15. But God tells us our success will be, “… not by might nor by power, but by My Spirit.” Zecharia 4:6. He demonstrated this to me when my wife and I were doing street evangelism in Atlanta. Through a series of events, God let us know sometimes we just have to open our mouths and let the Holy Spirit do the rest.

We were walking down the street in Atlanta with some friends as they were witnessing. At that time my wife and I hadn’t personally shared our faith with a lot of people. As we were moving down the street a young lady jumped out of a car right in front of us. Our friends took the opportunity to engage her in conversation about where she would spend eternity. She had just been with a John who dropped her off to continue working the street. It quickly became evident this was not a random encounter. She was the child of a pastor that had lost her way. She prayed with our friends asking God to forgive her and said she was going to go home and call her father to be reconciled with her family.

We headed back to meet up with the rest of the church. Along the way, we came across a man that was drinking. I was still so excited about the young lady that had been snatched out of the devil’s grasp, I began sharing with him as best I could. I shared some scriptures I’d memorized and a program we were studying at church. When I asked him if he would like to be saved he responded yes. To our surprise, the man prayed to receive Christ and went from being drunk to completely sober right before our eyes. I learned the words you use aren’t really important. At the end of the day, we can’t save anyone. But God sure can, even with our meager, unpolished attempts at sharing. All He needs from us is our willingness to open our mouths and try.

It’s true that some sow, some water, and some reap. John 4:37. One of the church visitation teams that I was on visited the same apartment for several months. In the home was a 68-year-old man taking care of his elderly mother. They always welcomed us in and spent time speaking with us and listening to the gospel and would even go so far as to welcome us to come again. But week after week they never wanted to take the step of praying and asking for God’s forgiveness for their sins. At the end of one of the visits, Mr. B. told us to be sure and come back next week. He explained he had one more thing he had to take care of that week and then he wanted to get saved.

I thought he was trying to fix something on his own. Turns out he was planning to take revenge on an enemy that had hurt him. God stopped him within a mile of the man’s home. After he explained what had happened and how he’d been able to forgive his trespasser, he said, “I guess we need to take care of this don’t we?” God’s Word had been softening his heart until he was able to pray, “Father forgive me of my trespasses as I have forgiven those who have trespassed against me!” Over the weeks we’d visited with them, God had been softening his cold, hard heart.

As long as people are drawing breath, it’s never too late for them to ask for God’s forgiveness. Don’t make the mistake I made one time by judging someone else and where they were at in relationship with God. One summer we were helping out at a block party in a Chattanooga Housing project. I saw an elderly gentleman approaching me, as I was walking down the street sharing with the people we came across. As he got closer I thought, “Lord surely this man knows You by now. If not, then he’s certain to have a made up mind when it comes to the things of God.” Never the less I asked him if he would mind if we asked him a few questions and he said, “Not at all.”

I shared the gospel with him and asked if he’d ever heard it before and he had. But when I asked if he’d ever accepted God’s forgiveness for his sins, he said he had never taken that step. He explained he’d heard the gospel message but never prayed a sinner’s prayer. I could hardly believe what I was hearing. He shared his age with us and was eighty-six years old. We asked him if he wanted to pray and he did. So standing there on the sidewalk we held hands and prayed together for God to save him. Although I never saw him again, I know one day I will see him in heaven.

In 2003, my wife and I traveled to Bulgaria on a mission trip. I’ll never forget one afternoon driving to the village of Kardzhali, where some of our group were going to minister to a man that lived there. As the van we were in drove to the village I remember seeing the crescent moon and star over the minaret of the local mosque. While the team went to the man’s home, me and a Bulgarian couple that was helping us translate, did street evangelism. They were deacons at their church in Sofia but had very little experience in sharing their faith.

One man from Kardzhali who we stopped couldn’t speak. His comprehension was fine, but from birth, he had been tongue-tied. With much difficulty, he could get out simple words like yes and no. Through the translators, I shared the gospel with him and asked him if he’d like to pray to ask Christ to forgive him for his sins? All he could do was gesture with his hands, clearly letting me know he couldn’t say a prayer. I said that was okay that I’d pray a prayer for him and if he agreed with what I was saying he could say “da” or yes. I couldn’t help but think about the minaret we’d passed driving in as we stood on the street in Kardzhali with him and prayed for him to receive Christ, by saying “da” as I led him in a simple sinner’s prayer.

After praying, undoubtedly under the unction of the Holy Spirit, I asked him to say the name of Jesus. He pointed towards his mouth and grunted. I kept saying the name Jesus and asked him to repeat after me. He tried, but all he could do was make a whistling noise. I said the name of Jesus over and over again with him trying his best. After a few short minutes, he became excited as he heard with his own ears, his mouth repeating the mighty name of Jesus. He kept saying it and it got clearer and clearer. He finally turned to the translator and said in perfect Bulgarian, “I can now speak because of Jesus who saved me!” That one experience is enough to get me through the rest of my life as a believer in Christ for why we need to share our faith with others!

Closing Thoughts on Sharing Your Faith

My prayer for those that read these tips is that your tongue would be loosened as well. It’s never too late for anyone living to commit their remaining days to Christ. Be tenacious and realize it might take several conversations to see a hardened heart soften towards God. His love is so great for the lost that your attempts to share, mixed with His power, accomplish His purpose. Don’t let fear keep you from sharing the hope you have in God today! I’d love to hear from you when you launch out into the deep and see God’s harvest in your life.