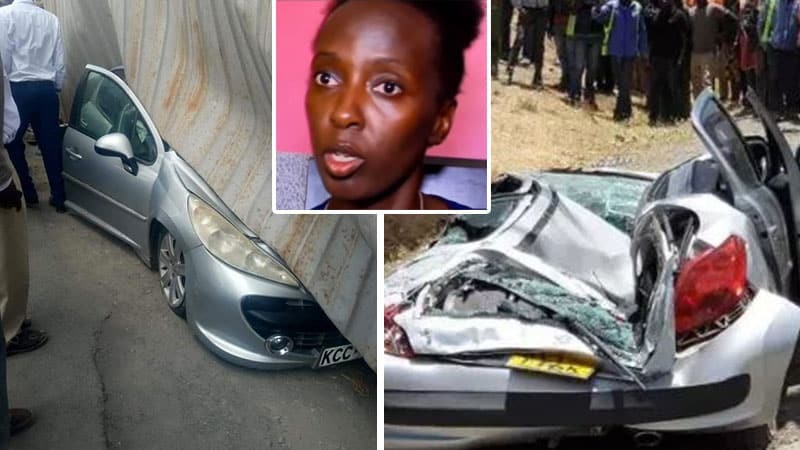 A mother and her baby daughter almost died after a container truck fell and crushed their sedan car!

Rima Gichoga was traveling on the Mombasa highway with her 2-year-old in Nairobi, Kenya when the accident happened.

“Were it not for my daughter, we would be dead today,” the mother of two said in an interview.

Rima decided to head out with her baby to buy some groceries. During the trip, the baby started to cry and her mom decided to park the car in a service lane to check on her. That was when the accident that almost took their lives happened.

“She usually cries a lot, and when that happens she starts throwing up, so I parked the car to check up on her. And then I saw the container as it started to tip over, I didn’t even think about it, I just grabbed the child and fell out onto the side of the car,” she said.

But the shocked mom almost didn’t make it.

“On looking, I saw the container on top of the car, and my legs were still inside,” she added.

A taxi driver nearby rushed to help them. They were then taken to the hospital to be examined.

Rima believes that since God saved her, He must have a great purpose for her life.

“I don’t know why God spared me, but I know there’s a reason. I can’t let someone else go through what I went through,” she says.

It was her baby that gave Rima inner strength in this terrifying situation.

“My baby saved me by giving me the strength to move because I wanted her to live. I keep on saying Heaven is missing an angel and they sent her to me.” Rima said.

A mother really will do everything she can for her child. This is a story about a mother’s love. Share this to inspire others. 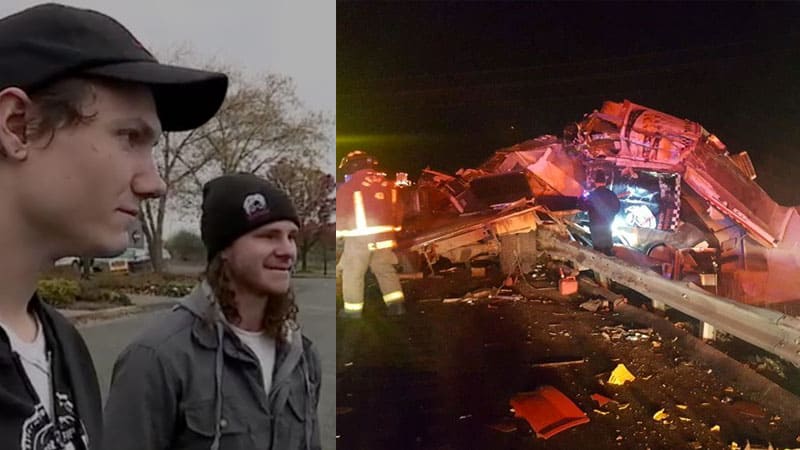 Miracles are real. Some may not believe them to be true but millions of accounts cannot be denied. Just like what happened to Kenneth Bryant and Jordan Cole.

In November of 2018, Kenneth and Jordan experienced a miracle that gave them a second chance of life. The two men were on their way to Philadelphia to when their food truck broke down. The MudMan Burgers food truck is a “not a for-profit burger shop with all our proceeds going to support the work of Potter’s Field Ministries in their global kid programs.

Through PFM, children in Africa, Southeast Asia, Central America, and locally on the Blackfeet Reservation in Browning, MT, are being fed, provided a quality education, and shown the faith, hope, and love that these poverty gripped areas desperately need,” according to the truck’s Facebook page.  The MudMan Burger food truck was intending to feed and serve pastors at a conference. 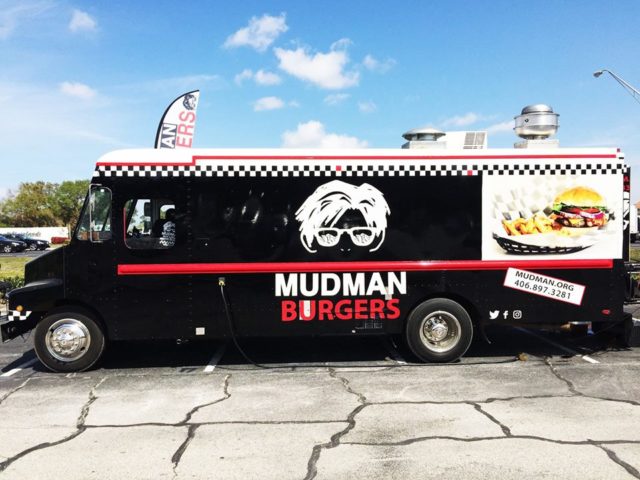 Kenneth and Jordan stayed with the truck while the others in their group went to find a replacement part of the vehicle.

“He was in the cab of the truck and I was in the back. I was using a generator in the back to charge our cellphones,” Kenneth said to Fox 8 in an interview. He also revealed to Fox 8 that he had a prophetic vision of the impending crash. “It was a pretty predominant thought that the truck was going to get hit.”

Jordan, who was in the cab, also experienced a miraculous warning. “We heard a voice, and it was to get out of the truck and I look down [the road] and I saw a semi swerving toward us.”

That audible voice they heard proved to be a true warning indeed. Seconds later, after obeying that certain voice’s instruction, and abandoning the truck, a semi-truck crashed into it.

Both men testified that it was the voice of God who saved them from that horrible collision which could’ve taken their lives, says Ohio State Highway Patrol troopers.

Now, Bryan and Kenneth are sharing their miraculous story believing that God would use their near-death experience for His glory.

“We’ve come to the conclusion that it was Jesus. He allowed this to happen… for people to know that our Heavenly Father is mindful of us,” Kenneth said.

“God kept us safe, God kept us alive,” he added. It was clear for both of them that it was God who spared their lives.