BREAKING
Israel-led Team Solves Mystery Why Lightning Strikes Fewer Times Over The Ocean...
Tourism In The Holy Land Is Soaring Back Up To Pre-Pandemic Highs
Lapid Speaks Directly To Palestinians—Offers Them “Another Way” Out Of The Ongoing...
Home Tags Posts tagged with "Turlock"
Tag: 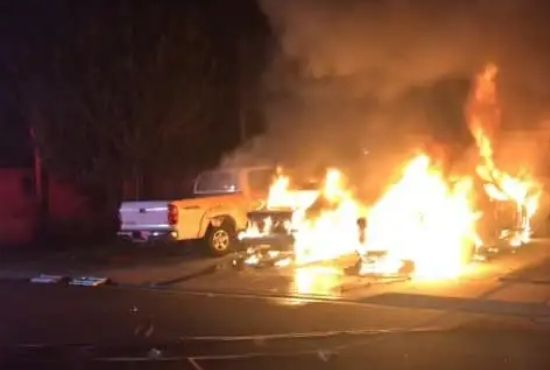 A mystery hero who saved a man from a burning vehicle suddenly disappears right before authorities came on the scene.

The mysterious good Samaritan who saved the life of a man from a burning car finally made himself known. He immediately fled the scene after he ensured the safety of the man before the police came. The authorities of Turlock, California have been searching for his identity.

It was later revealed that the mysterious hero was Floyde Watts Jr. In the early hours of April 14, he was looking for recyclables when he heard a man screaming for help. Upon examining the situation and learning that there was a man inside the burning vehicle, he quickly jumped to help him.

He bravely opened the extremely hot car door and pulled the man out to safety. The incident left his hands burnt. The man inside the car was Robert Arndt.

“I pried onto the door — the back passenger side — to try to get him out. It burnt my hands,” he told KCRA-TV. “And I heard somebody on the inside screaming for help.”

Upon ensuring the safety of Robert, he immediately left the scene before the authorities came. He didn’t want to be known due to the arrest warrant for misdemeanor drug possession charges.

“Video evidence suggests the burned man had been in the backseat and pulled from the vehicle by an unknown good Samaritan while the vehicle was engulfed in flames,” the City of Turlock – Turlock Police Department posted on their Facebook page. “The good Samaritan did not remain on scene, and detectives are working to identify this person, asking that they come forward and provide a statement.”

Weeks later, he came forward despite having to face the charges against him to help Robert be united with his father. He said that he is hoping to raise more funds by speaking out so that Daniel Arndt can be with his son that is still currently in the hospital.

Floyde is now preparing himself to attend a hearing on June 1 to pay for the consequences of his actions. Daniel is thankful for his bravery saying that he is a great person.

“I mean, not everybody would have done what he did, I think he’s a great person,” Daniel Arndt told KCRA-TV. “I mean, I really appreciate what he did for my son. If not, I’d be making funeral arrangements instead of raising enough money to go see him.”