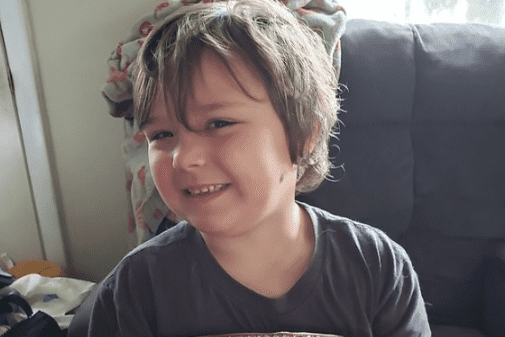 Thieves Come Back And Apologize After Stealing From A Sick Child

Two female thieves were caught on camera stealing a package from a family’s doorstep. After later realizing that the package belonged to a sick child, they returned with a four-page letter of apology!

Timmy Vick Jr. is a five-year-old child that is not only living with autism but was diagnosed with a brain tumor at a very early age.

The members of the Vick family are serious professional wrestling fans! So when Timmy’s parents found out about the brain tumor diagnosis, they decided to purchase an imitation WWE wrestling championship belt for Timmy to encourage him and make him feel like a champion when the time came for him to find out about his condition. So the family purchased the belt and sent it off for customization to Sergio Moreira in Washington.

Before the family ever received the package, it was dropped off by a courier on the family porch.

That’s when the two female thieves showed up and stole it right from the front yard.

According to the police report, the two women who stole the package from the front porch are homeless and drug addicts from Washington. They planned to sell the stolen parcel, hoping to make some money off of it.

But after opening the package, they saw the replica of WWE championship belt and realized that it was intended for a sick child.

After making this realization, they decided to return it. They went back to the family’s home and returned the package along with a four-page handwritten letter of apology.

“We are so sorry for taking your stuff. Never in a million years would I have stolen from a sick five-year-old… and am ashamed of what I did,” they wrote. 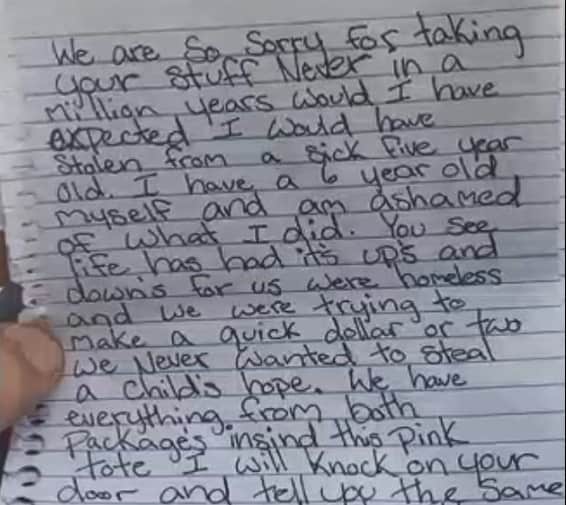 Timmy’s father opened the door and hugged the two ladies. He said he would not file charges as long as they seek help.

“I could see the look on their faces that they were very, very sad and they had been crying,” Moreira said.

The belt designer from Washington

Moreira, the belt designer, decided to customize the belt for free for Timmy. He even replaced the plastic gems with cubic zirconia and thickened the plates inside the belt.

“It’ll be as close to the original belt that he sees on TV [better] than any other belt he could buy in the market,” Moreira said.

What a beautiful picture of forgiveness and reconciliation. Every single one of us has a beating heart that deep down, cares for others. The two women could have left things as they were, but they chose the higher road and were rewarded with love and acceptance!