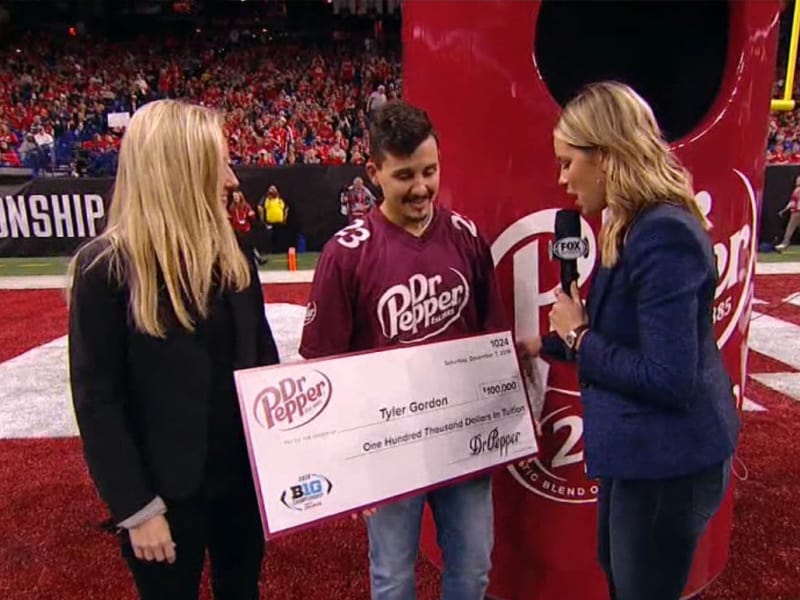 College Student Shares The Gospel To Millions After Winning $100,000 During Football Halftime

A college student shares the Gospel with millions of television viewers after winning a $100,000 for tuition from Dr. Pepper.

Shares the Gospel to millions

On December 7, Tyler Gordon won the grand prize during the tuition giveaway contest by Dr. Pepper. Tyler won $100,000 during the halftime of the Big Ten Championship game. The young student then used that opportunity to share the Gospel.

“The opportunity to share my faith in front of millions was a blessing,” Tyler said. “I truly believe that God answered my prayers and allowed me to win so that he could use me at that moment to be a witness and share the Gospel. I never want to be ashamed of my faith, and I thank God for allowing me the opportunity to only grow it more and to give him the glory.” 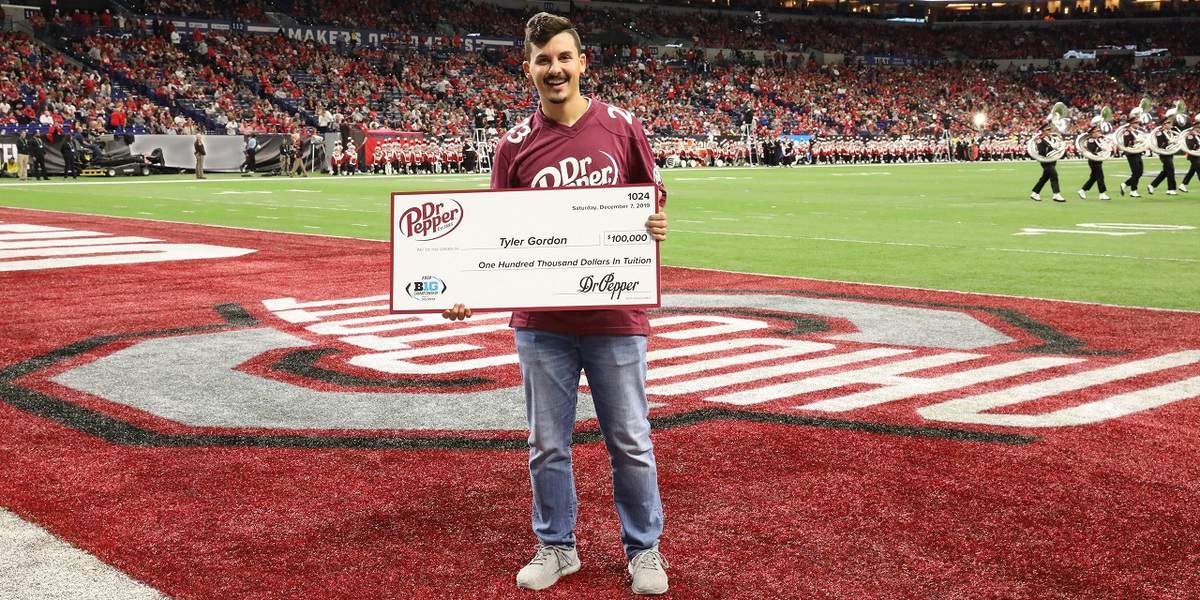 He urged everyone to believe in God and to not be afraid of the backlashes that he might face.

“I want to thank God from the bottom of my heart. If you do not believe in him, I pray that you would soon become a believer,” Tyler boldly declared to millions that night.

Tyler became a finalist in the contents after submitting a video to Dr. Pepper explaining how the prize would impact his life. Participants were then selected to compete in a football throwing contents to see who would win. Tyler, a law student at West Virginia, won the contest.

“It’ll mean the world to me,” Tyler explained. “Words can’t express how much it means. I’ve tried and, honestly, all I can say is that I’m so excited and so thankful for the opportunity. It’s going to allow me to be able to pursue my goals without being hindered by my debt.” 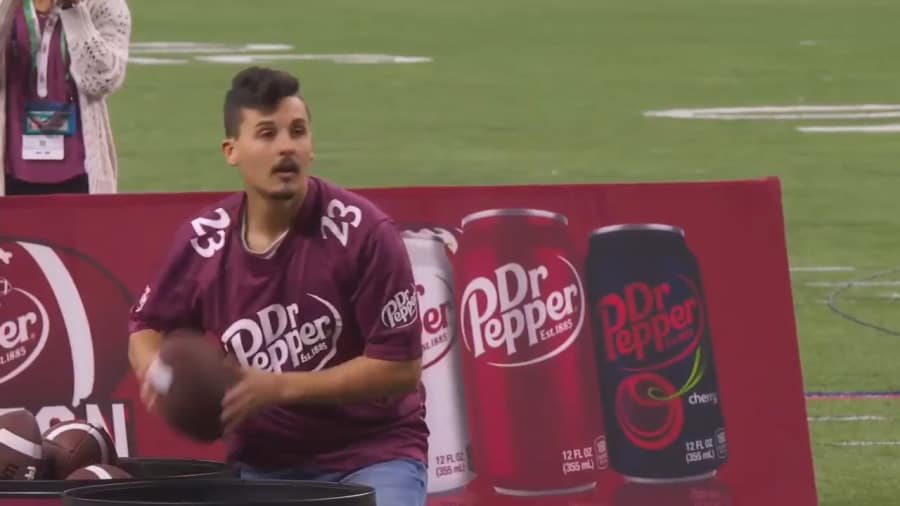 Would you do the same?

Social media posts praised Tyler for his boldness. One of the commentators tweeted, “If you were on national TV and a believer and had 45 seconds, would you give praise to God and encourage others to do the same knowing you might face a backlash? Good on the Dr. Pepper kid here for being bold.”

If you were on national TV and a believer and had 45 seconds, would you give praise to God and encourage others to do the same knowing you might face backlash? Good on the Dr. Pepper kid here for being bold.pic.twitter.com/GtetwqQwoR