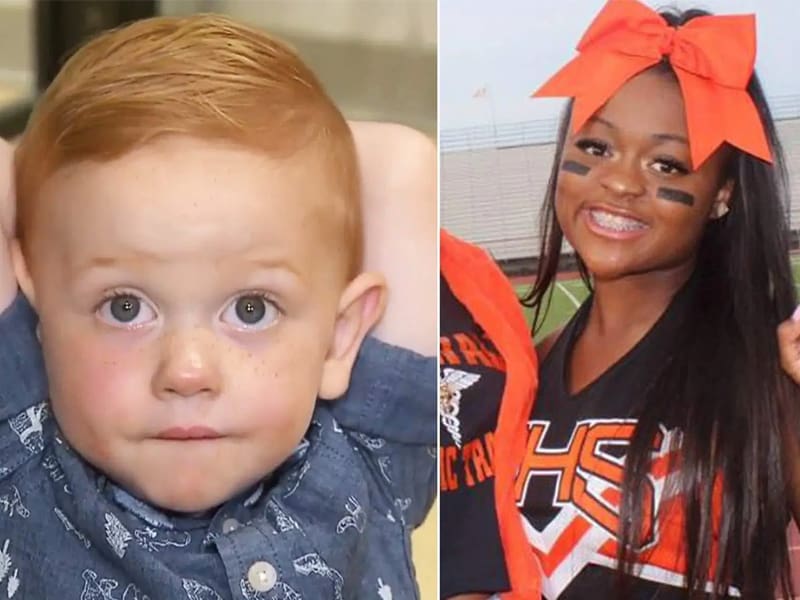 Cheerleader Jumps Off Parade Float To Save Toddler’s Life

A teenage cheerleader jumps off a homecoming parade float to save a toddler’s life.

Tyra Winters is a 17-year-old student from Rockwall High School in Texas. She was on the school’s Homecoming float with the cheerleading squad and the football team when she noticed a choking toddler in the audience. The toddler’s mom was crying desperately for help.

She noticed that the toddler was becoming extremely red and knew right away that she had to do something. Tyra jumped off the float and ran towards the boy who was choking on a piece of candy. The cheerleader immediately performed the Heimlich maneuver.

“At this point, he’s kind of turning purple. I picked him up and then I tilted him downwards and gave him two or three back thrusts. He was spitting everything up.” Tyra recalled.

Nicole Hornback, the toddler’s mom, shared how she tried to perform the Heimlich maneuver to her son without success.

“I just literally was holding him out and just running through the crowd trying to hand him off to anyone,” Nicole told CBS News. “I was sitting right next to him, I just happened to look over. There was no noise, no coughing, no breathing.”

Nicole thanked and praised the brave and heroic 17 year old for saving her son.

“She saved my baby. I commend her for being a teenager and being trained,” Nicole said

Tyra explained that her mother taught her the Heimlich maneuver a few years ago.

“I knew exactly what to do from that point on,” Tyra said.

Once again, a life was saved by the heroic act of a total stranger. May we be inspired to always offer a helping hand to those in need.