BREAKING
Israel-led Team Solves Mystery Why Lightning Strikes Fewer Times Over The Ocean...
Tourism In The Holy Land Is Soaring Back Up To Pre-Pandemic Highs
Lapid Speaks Directly To Palestinians—Offers Them “Another Way” Out Of The Ongoing...
Home Tags Posts tagged with "Tyson Fury"
Tag: 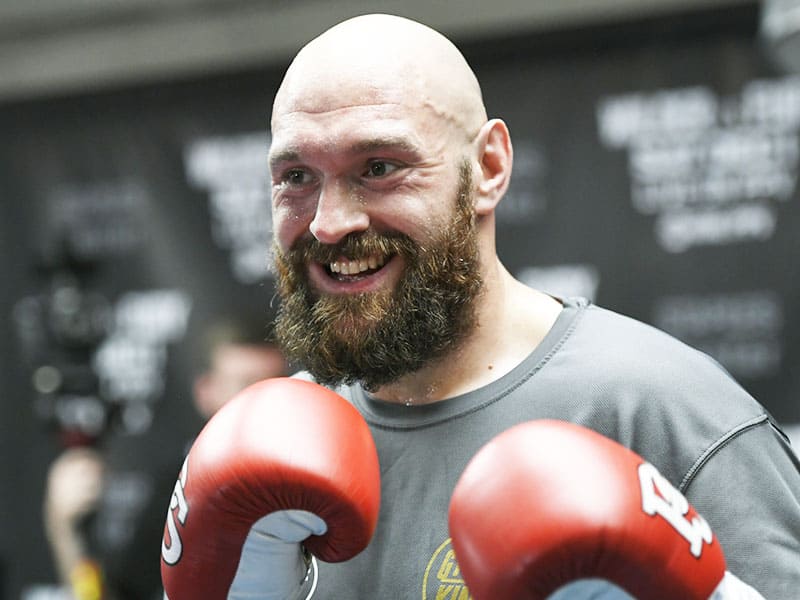 Heavyweight Champ Tyson Fury: “Thank You To My Lord And Savior Jesus Christ”

Added to the list of outspoken believers in the spotlight is the newest heavyweight champion Tyson Fury. He publicly glorified the Lord while standing in the ring for his victory.

On Saturday, February 22nd, Tyson Fury competed for the WBC heavyweight title against Deontay Wilder. The 31-year-old is undefeated with 30 wins, no losses and one split decision. Furthermore, twenty-one of his wins were knockouts. 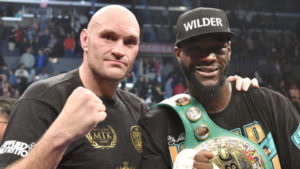 While the crowd was loudly cheering for his victory, the heavyweight champion took a moment to speak about his faith.

“First and foremost, I want to say thank you to my Lord and Savior Jesus Christ,” he said, still standing in the ring.

Then he boldly declared, “I said those who bring evil against me will not prosper. I said those who stand in the dark can never come into the light. All praise be to the one and only true God, Jesus Christ.”

The British boxer’s Twitter bio reads, “Jesus loves us all.”

The champion’s victory during the weekend was actually a comeback. After battling depression, alcohol, and a cocaine addiction, this was Tyson’s comeback.

In 2015, he won the IBF, WBA and WBO titles. But after those moments, he admitted he lost his will to live. So he left boxing for two and a half years. He was silent whilst others gain titles.

“I woke up every day wishing I would not wake up any more,” Tyson told BBC Sport in 2018.

He “was rich, successful, young, healthy, had a family, fame — everything a man could dream of.”

However, he revealed, “But I was still depressed. To subside that depression other things happened.”

Being out of the limelight for a season helped and Tyson underwent counseling. And today, he feels great to be back and claims he is “back in love with boxing.”

“I am living proof anyone can come back from the brink,” Tyson Fury professed.

“There is a lot of people out there suffering with mental health problems who think all their days will be grey, but life can improve again and you will start to enjoy the little things again.”

“All praise be to the one and only true God, Jesus Christ.”
— @Tyson_Fury pic.twitter.com/f9e9pARpEE