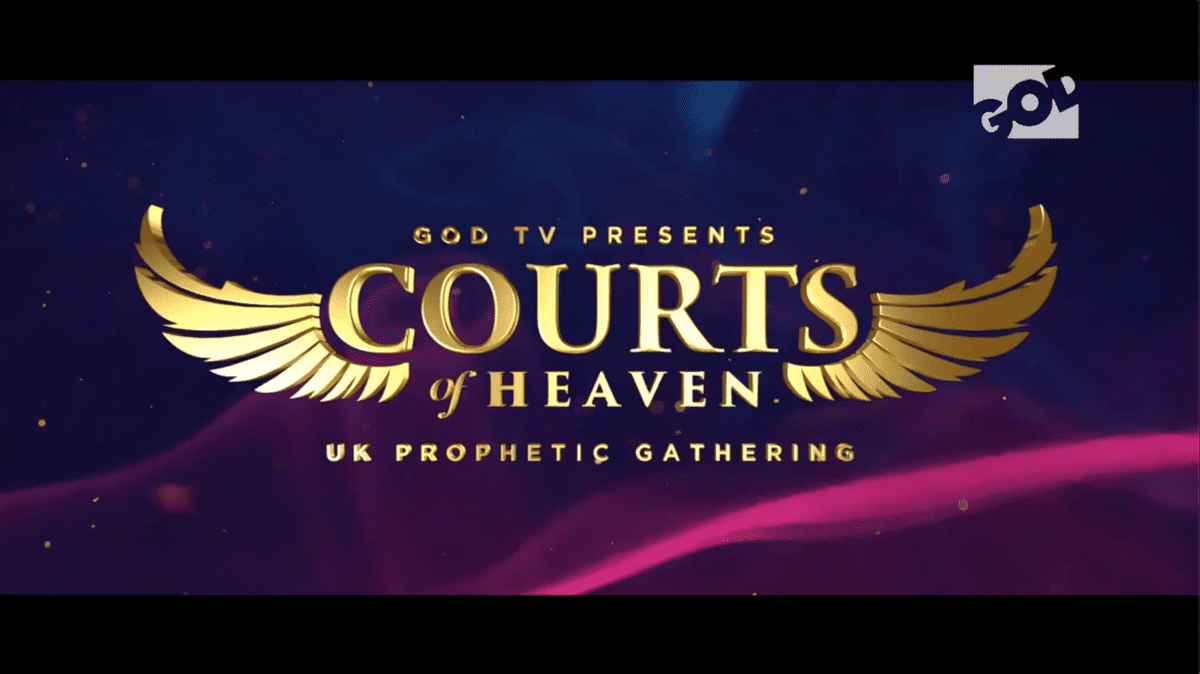 Join Us In London Today For This Epic Event! Or Watch LIVE Online.

Catch all the action from this special event which started yesterday June 27th and runs through until Saturday evening of June 29th. You can watch online https://www.god.tv/coh19-live/ or if you live in London you can still register at the event. Come along to House of Praise Camberwell, 254-272 Camberwell Road, London, SE5 0DP.

In recent years, there has been an increased emphasis on the Courts of Heaven in the Body of Christ worldwide particularly with regard to prayer. Now the author of the best selling Courts of Heaven books, apostle and author, Robert Henderson, is coming to London to help train the Church in operating in this dimension of the Holy Spirit.

Ward Simpson has a passion for revival that stems back to the Pensacola Outpouring in Brownsville; Bishop John Francis is the overseer of the Ruach Network of Churches in the UK; Betty King is a prominent prophetic voice in London and leads one of the city’s most vibrant Christian communities, Truth Vine Church. Prophet Larry Sparks heads up Destiny Image Publishers known for its many prophetic books.  Troy Brewer is the pastor of Open Door Church and has a major outreach to rescue children from sex trafficking; while Scott Volk is a Messianic believer who heads up Together For Israel.

“I’m utterly convinced that this prophetic gathering is in “the fullness of time” for Britain and Europe,” said Larry Sparks. Read Larry’s prophetic word for the UK and Europe: It’s Time to Reap What You Have Sown!

“The Spirit of the Lord is calling people from every nation in the UK and Europe to attend, to represent your nation before the Courts of Heaven,” Larry says. “Of course, all nations are welcome and will be represented in this prophetic gathering, but I am convinced that in the days ahead, there will be measurable spiritual breakthrough released in the overall culture of Europe and the UK.”

To find out more about Robert Henderson and his teaching on the Courts of Heaven watch his interview on Today With Ward along with Larry Sparks. 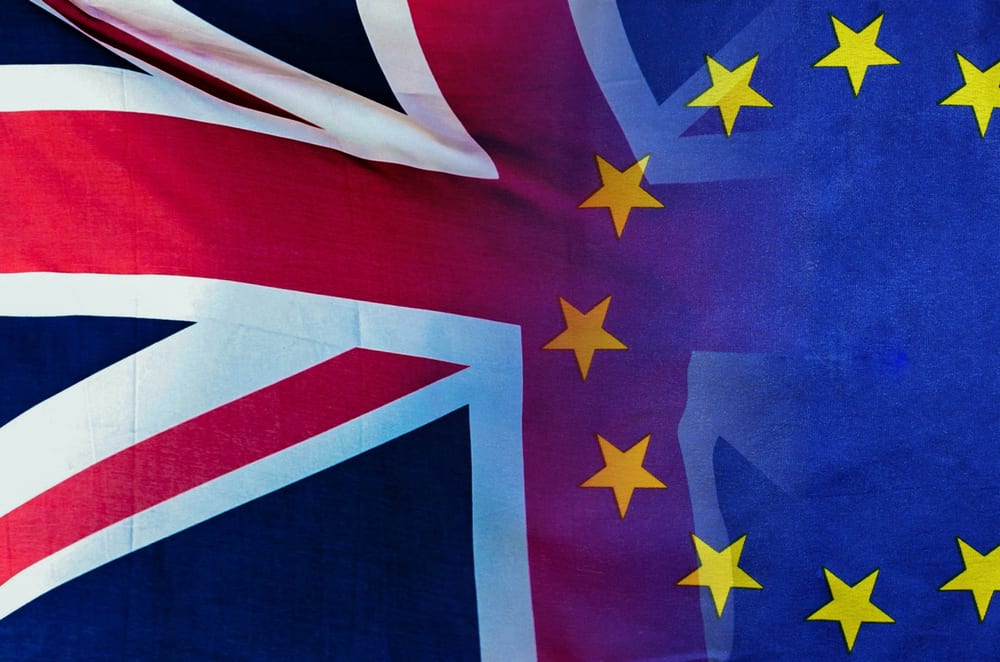 A Prophetic Word For The UK And Europe: “It’s Time to Reap What You Have Sown!”

Recently, the Spirit of the Lord said to me: “It’s time for the UK and Europe to reap what they have sown.”

At first glance, such a statement might produce some fear and trembling because of how we are religiously bent to think.  Often, when we consider the concept of sowing and reaping, we think of how nations have sown bad things, and thus, should brace themselves for the judgment or wrath of God.

While God does have the right to judge nations, we need to also consider that the word “judgment” also includes “evaluation.” And remember, our God is the One who doesn’t want any people – or nations – to perish (see 2 Peter 3:9). I believe He is evaluating nations right now and He wants you to know that He has seen the seeds you’ve sown into the Earth! 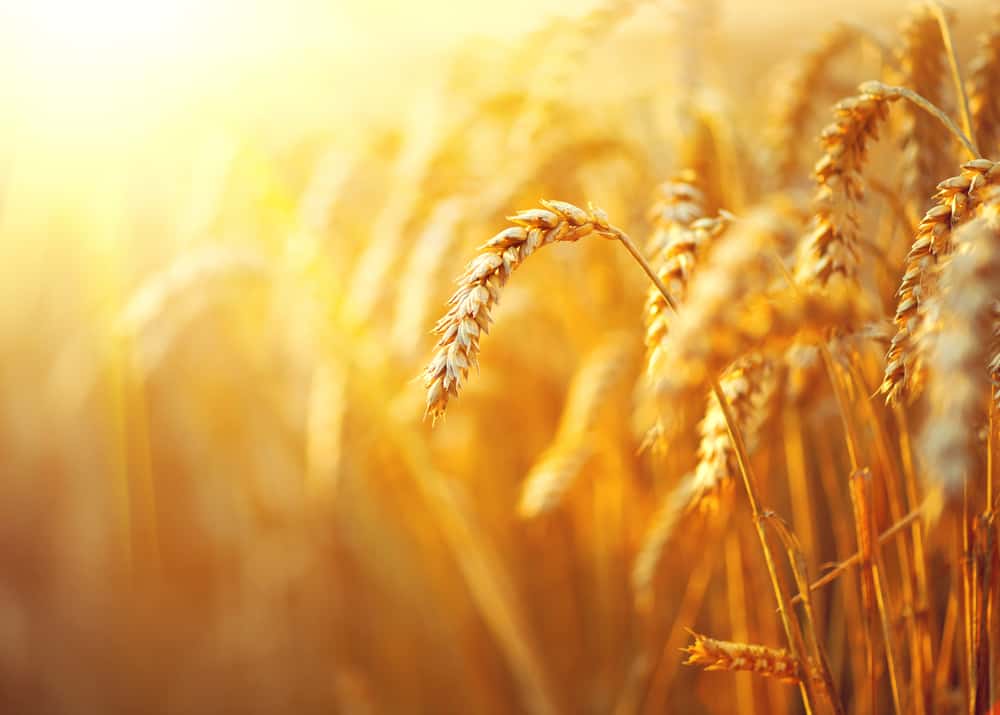 It’s a fullness of time moment!

Even now, I prophesy, “British Isles and Europe, it’s time for you to reap what you have sown into the nations of the Earth!”  What have you sown?  I believe the Holy Spirit told me, “they have sown revival and reformation into the four corners of the earth.”

The King James Version of Galatians 6:7 uses the terminology of sowing and reaping.  I like how the New Living Translation puts it: “You will always harvest what you plant.” Europe and UK: for many years, you have been planting and seeding the Heavens as you have sown revival and reformation across the globe.  God sees and God remembers.  Heaven has taken account and it’s now a fullness of time moment where what you have sown, you will reap.

I was born in the USA; I presently live in Texas.  While I believe in a healthy love for one’s homeland and nation, I also believe it’s vital to express our appreciation to other nations for how their spiritual investments have impacted our nations.  I write as a citizen of the United States right now, desiring to give honor to how your nations have touched the planet!

I’m grateful for the correspondence that Evan Roberts had with intercessor Frank Bartleman in Los Angeles, as I have no doubt that what God was doing in Wales (Welsh Revival) in 1904 somehow jumped over the ocean and had a measurable impact on birthing the Azusa Street Revival of 1906.  Wales, it’s time for a fresh outpouring!

I’m grateful for the Smith Sisters for praying a mighty outpouring of God’s Spirit into the Hebrides Islands back in 1949 during the Lewis Awakening/Hebrides Revival.  God sees Scotland, and I believe His movement in that nation is evidenced by the powerful prophetic community that is being raised up there!

I’m grateful for how Evangelist Steve Hill (Brownsville Revival) was touched by the power of God at Holy Trinity Brompton (in 1995) and that touch of God was powerfully released on Father’s Day 1995 in Pensacola, FL.  England, it’s time.  There are an increasing number of churches that carry the fire of the Holy Spirit throughout the country.

My friends with the Ramp (a youth and young adults ministry based in Hamilton, AL) have received a mandate to build a church in Manchester.  The Lord says, “Look around!  Consider the activity of my Spirit, both overt and covert, for this activity is evidence that I am moving and My movement will only increase.”

I’m grateful for what God exported out of Germany through a priest named Martin Luther.  Because of his impact, we recognize that through the Blood of Jesus we have direct access to God Himself. We are justified by grace through faith.

I’m grateful for the reformation culture exported out of Geneva, Switzerland under John Calvin, which gives us a powerful picture of a city under the influence of Kingdom ideas.

I think of George Jeffreys, the Welsh evangelist who operated in signs, wonders and miracles and founded Elim Pentecostal Church.  Interesting how this evangelist had a direct impact and influence on German-born Evangelist, Reinhard Bonnke.

Time prevents me from going through revival and reformation history, person by person, recognizing the global spiritual impact of European and British leaders on the nations of the Earth.  For all you’ve sown, it’s time to reap.

How do we respond to this prophetic word?

Here are some strategies to pray through and act upon:

It’s time to enter the Courts of Heaven for our nations!

I know in the last several years, that has been an increased popularization of the phrase “Courts of Heaven” in the global Church when it comes to prayer.  Apostle and author, Robert Henderson, has been mightily used to help train the body of Christ in operating in this dimension of the Spirit.

The Spirit of the Lord is calling people from every nation in the UK and Europe to attend, to represent your nation before the Courts of Heaven.  Of course, all nations are welcome and will be represented in this prophetic gathering, but I am convinced that in the days ahead, there will be measurable spiritual breakthrough released in the overall culture of Europe and the United Kingdom.

This will be because the people of God who represent these nations rose up, prayed, prophesied the destinies of their nations, and were sent into their spheres of influence, carrying Heaven’s solutions into the crisis and chaos.

Register now to get your early bird discount!