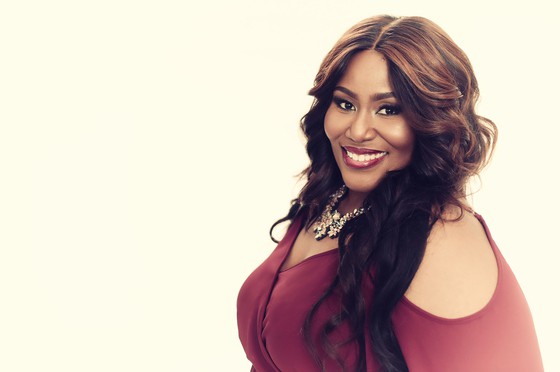 At The End Of Your Rope? Listen to Mandisa’s New Inspiring Single “Unfinished”

On the coattails of the release of the Grammy-award winning album Overcomer, Mandisa all but disappeared from the spotlight. After such a long period of silence (almost four years), many of her fans were left wondering what had happened to Mandisa and her powerful declaration of divinely-inspired strength, power, and grit. During her break from the public eye, Mandisa fought an inner spiritual battle, only to arise victorious – with God’s help. Here’s her unfinished story, as told in a recent “story behind the song” for “Unfinished”.

The Catalyst of Art

It seems that the most inspiring works of art emerge from a place of deep despair and heartache. This phenomenon is a testament of God’s redemptive nature – that even the most troubling times catalyze beautiful, divinely-inspired art.

For no artist is this truer than Mandisa. In fact, her new song “Unfinished” arose out of the darkness of her close friend’s death. And the inspiration for her 2013 album Overcomer was her ongoing battle with Binge Eating Disorder – a food addiction characterized by unhealthy eating patterns that are often followed by intense guilt and shame.

On August 31, 2011, two years before the release of Overcomer, Mandisa came forward with her very personal struggle via social media: “As a food addict with binge eating disorder, I cannot tell u how many times I have said 2 myself that I simply couldn’t understand why I kept repeating the same destructive patterns ovr and ovr again! I would do well 4 a while but then inevitably something would happen & I would slip back into a period of sitting n my house stuffing myself sick w/ high fat, high sugar foods.. I know all too well how this behavior makes me feel: miserable! But I felt like I could not stop. Eventually, I would get fed up with the natural repercussions of my binge (sleepless nights, clothes beginning to fit too tight, shame leading to feeling distant from God) and I’d “get back on the wagon.”

She admitted to continuing this cycle of addiction for much of her adult life before coming to the end of her rope. It was here that she surrendered to God and penned the inspiring lyrics of her song “Overcomer.” To her fans, she advised, “If you find yourself at the end of your rope today, know that that is exactly where you should be. For it’s at the end of your rope that you’ll find Jesus.”

After her life-changing declaration that we – as Christians -are overcomers, Mandisa conquered her food addiction – or so she thought. Little did she know that she would yet again be challenged – this time with her friend’s death. When her friend Keesha was diagnosed with breast cancer, Mandisa prayed for Keesha’s healing, but it never came.

According to Mandisa, after Keesha’s death, “I started questioning, doubting, and wondering, ‘Is this God that I believe in really good? If so why would he allow this to happen?’” She even started to question God’s existence. She retreated from the public eye and entered into one of the deepest depressions of her life. This depression would last several years, and it would reawaken her food addiction.

Imagine having publicly declared that you have overcome your food addiction, only to return to it soon after the declaration. The shame that normally accompanies Binge Eating Disorder was amplified by the fact that Mandisa – and her fans – had fervently believed that she had conquered her addiction. Mandisa admits, “I battle the same sins over and over again. I battle so much with shame.”

But, according to Mandisa, “As God started to lift me out of that pit, he started to show me some things.” These divine lessons are the basis for her new song “Unfinished.”

Embodying humility, Mandisa admits to her continued struggles. However, she doesn’t stop there. She clings to what she knows to be true: “My God is still good and still faithful.” His faithfulness is evident in Philippians 1:6, which has become her go-to Scripture: “He who began a good work in you will carry it to completion until the day of Christ.”

Here’s what Mandisa has learned: “Instead of wallowing in shame, pity, and regret, He wants me to turn around, to repent, to start all over again, to not dwell in all of that negativity, and to trust that He is still working in my life.” Her first step? To write another song of faith – “Unfinished.”

Whether you struggle with addiction, self-doubt, fear of failure, or a multitude of other challenges, rest in the assurance that God is not finished with you yet.