A Weeble Does Indeed Wobble, But Doesn’t Fall

There are days when I definitely feel like I am wobbling, which simply means “moving unsteadily from side to side.” I am kind of my own version of that carnival ride “The Tilt-a-Whirl”! Or maybe a life-sized version of a Weeble!

“Created in 1971 by Hasbro’s Playskool, Weebles are an egg-shaped toy that has a weight located at the bottom that causes it to be lifted off the ground. Once released, gravity brings the Weebles back into an upright position.” They are little short stubby people or animals that can NOT be tipped over. They can be thrown around, kicked over, tossed to the side, lost under the couch, and swaying side to side – BUT they can NOT fall flat to the ground.

My best friend and I have been friends for almost 40 years. We used to walk a lot faster and we used to get up a lot quicker. We were laughing (hard) the other night at both of us slowly rising from our seats, while moaning about how it hurt, standing unsteadily a few seconds before walking, and then kind of looking like penguins wobbling into the next room. By the time we both got to where we were going, we were laughing so hard we were crying – and all I could think of was we looked like Weebles.

Yes, wobbling comes with physical aging (I sigh deeply). However, it really is also a part of living the entire span of human life. From babies, we wobble our way through. This is not just physical – mentally, emotionally and spiritually we will all go through personal phases of being changeable, inconsistent, unstable, unsettled, and unpredictable.

How do we find a place of consistency, stability, and become unmovable? How do we ever find our “steady on”? What would cause us to ever find our way, and a sure path for our feet?

Back to the simple toy at hand – why does a Weeble NOT fall down? It has a weighted bottom. It has such a heavy (of great force and amount) foundation under it. Even though it sways and wobbles, it won’t fall over.

I wonder if THIS is what it means in the Bible? When it says, “Train up a child in the way he should go, and when he is old he shall NOT depart from it.” (Proverbs 22:6) As parents and grandparents, do not for a minute think that any training you do is not important. It is valuable – if not for today, then for someday! You are adding the weight to a child’s foundation. And helping them build a solid place to stand even if they don’t see it or know it yet.

IF God is our weighty bottom, our sure foundation, and our solid rock on which to stand, then we may wobble but we WON’T fall down.

Cast Down But Not Destroyed 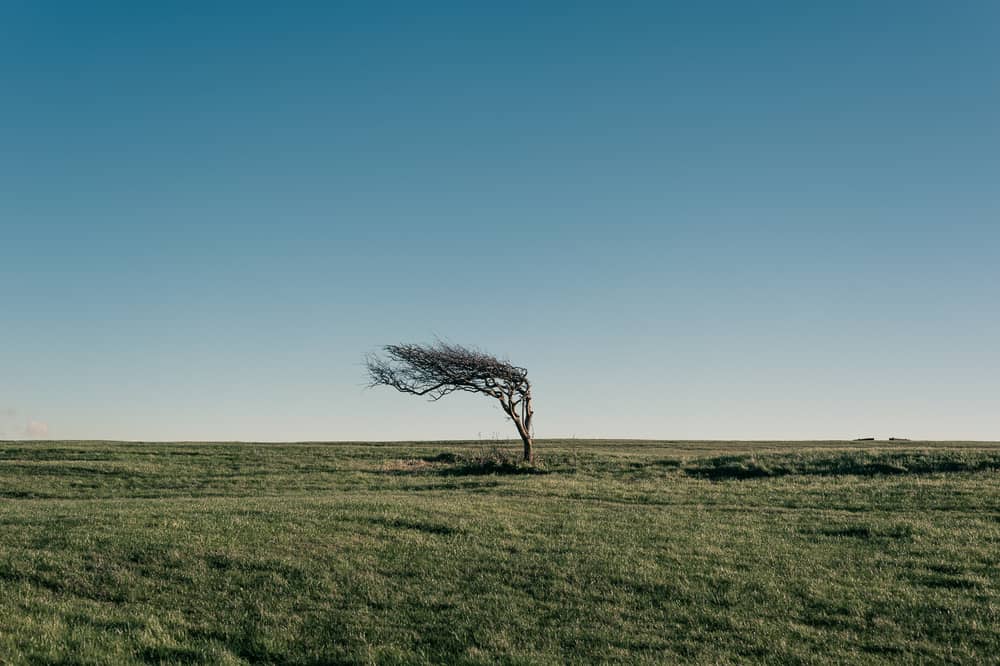 “Humans wobble, but they can still end up on their feet.” We won’t stay down or be kept down!  In modern-day language, “what doesn’t kill ya, makes ya stronger.” Yes, we will wobble – we will look like the end is near even. BUT if our roots and foundation are where they should be, we can NOT be knocked down.

Have you ever watched a tree swaying in a wind storm? You are sure at some point it is going over on its side, but it just stands firm. Life itself is one big monster-sized wind storm that will barrage us every single day, from birth to death. What matters is the depth of your roots. “Roots are the part of a plant which attaches it to the ground or to a support, typically underground, conveying water and nourishment to the rest of the plant via numerous branches and fibers.”  THIS is your weighty bottom. It has a great density for your soul. It will bring you back to your upright position.

“We are pressed on every side, but not crushed; perplexed, but not in despair. We are hunted down but never abandoned by God. We get knocked down, but not destroyed.” (2 Corinthians 4:8,9)