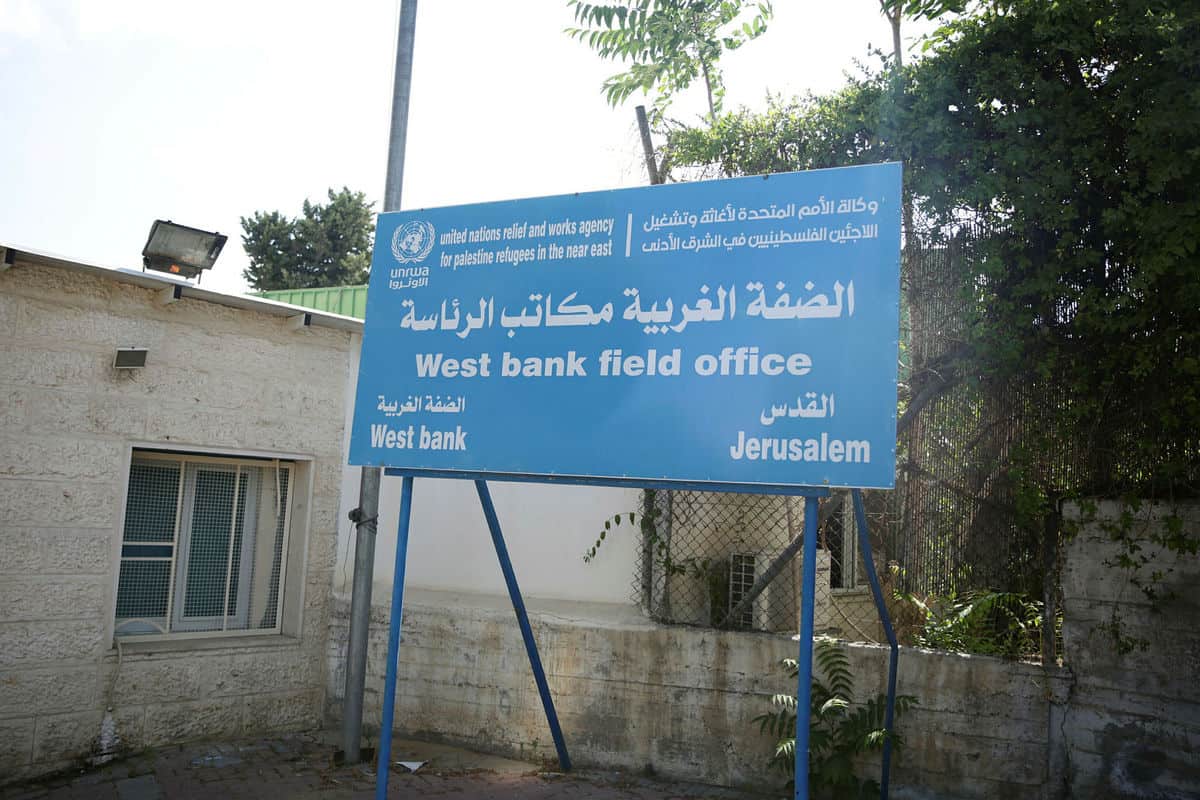 Israel’s Ambassador to the United Nations Danny Danon called on the international community to halt its funding of the United Nations Relief and Works Agency for Palestine Refugees’ (UNRWA) following the exposure of a severe corruption case at the highest echelons of the organization.

The media exposed last week a confidential internal report from the UNRWA office of ethics that details alleged abuses of authority among the organization’s senior management team.

The 10-page document cites “credible and corroborated reports” that top UNRWA officials have engaged in “abuses of authority for personal gain, to suppress legitimate dissent and to otherwise achieve their personal objectives.”

Danon stated Tuesday that the report “reveals alarming, but not surprising, findings.”

“In addition to propagating false information about its refugee population, UNRWA has in recent years worked to redirect world funds to continue this corruption industry that has served its leadership,” he charged.

He called on the international community, “which generously finances UNRWA,” to “immediately suspend the budgets assigned to the agency. The aid money should be gradually transferred to the UNHCR (UN High Commissioner for Refugees), instead of helping the UNRWA leadership continue engaging in a series of ethical offenses.”

“UNRWA has removed itself from the values expected of an international organization, and should not be rewarded for its internal corruption,” he demanded.

Jason Greenblatt, the US’ Special Representative for International Negotiations, stated on Twitter on Monday that the US is “extremely concerned about [the] UNRWA allegations. We urge a full and transparent investigation by the UN.”

“UNRWA’s model is broken and unsustainable and based on an endless expanding of beneficiaries.  Palestinians residing in refugee camps deserve much better,” he added.

The US State Department announced on September 2018 that the US, the largest contributor to UNRWA with $350 million in annual aid, will make no additional contributions to the agency.

Explaining the dramatic move, State Department spokesperson Heather Nauert said Friday that “when we made a US contribution of $60 million in January, we made it clear that the United States was no longer willing to shoulder the very disproportionate share of the burden of UNRWA’s costs that we had assumed for many years.”

“The fundamental business model and fiscal practices that have marked UNRWA for years – tied to UNRWA’s endlessly and exponentially expanding community of entitled beneficiaries – is simply unsustainable and has been in crisis mode for many years. The United States will no longer commit further funding to this irredeemably flawed operation,” added Nauert.

The Swiss foreign ministry decided this week to temporarily stop its payments to UNRWA following the allegations.

The internal report concludes by noting that the individuals’ alleged conduct presents “an enormous risk to the reputation of the UN” and that “their immediate removal should be carefully considered”.

UNRWA chief Krähenbühl is a Swiss national who has been at UNRWA since 2014. He has reportedly pledged full cooperation with the investigating authorities.

UNRWA has an annual budget $1.2 billion to support so-called Palestinian refugees in Syria, Lebanon, Jordan, Gaza and in the Palestinian Authority.

A study released in September 2017 shows that in 2016, UNRWA, which provides assistance solely to Palestinians, spent an average of $246 for each of the 5.3 million Palestinians it defines as refugees, while the UNHCR spent only a quarter of that amount – $58 per refugee – on non-Palestinians. 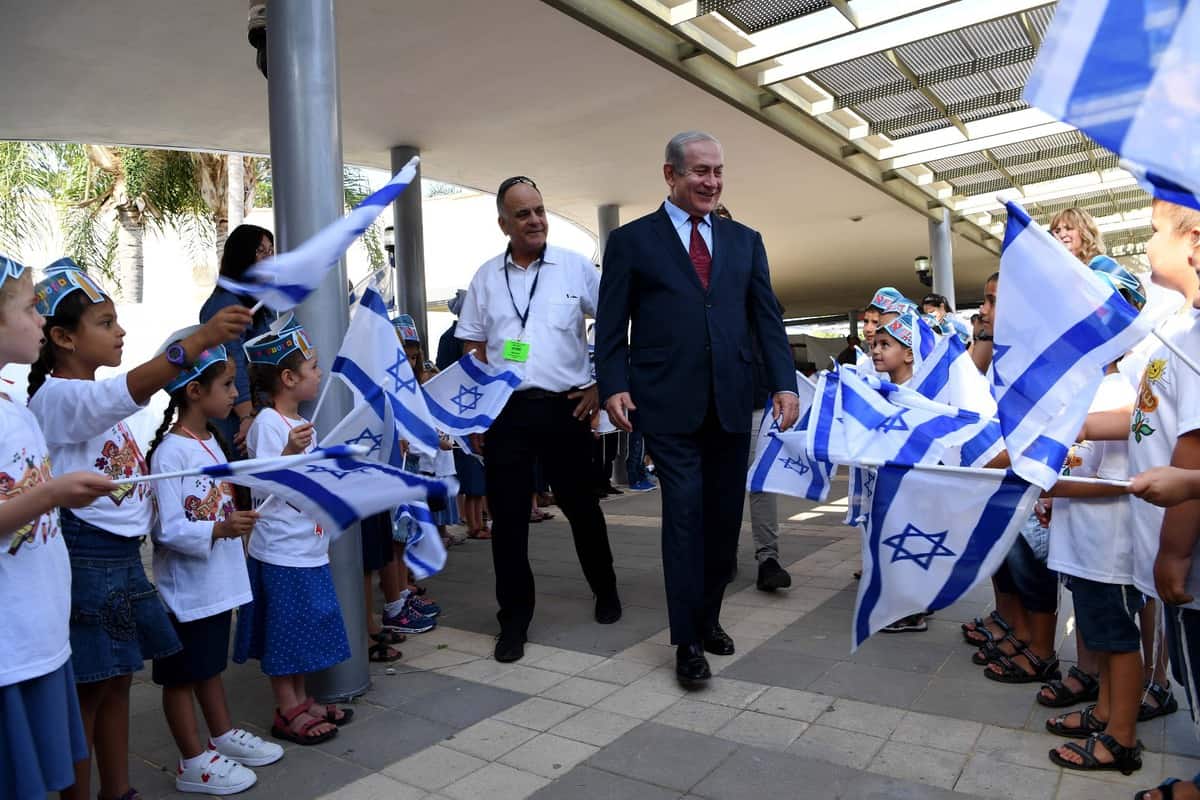 United States President Donald Trump’s decision to cut all American funding to the UNRWA is a “welcome and important change,” Prime Minister Binjamin Netanyahu said Sunday as he marked the start of the 2018-2019 school year with a visit to the Breuer state religious elementary school in Yad Binyamin.

Netanyahu said that Israel, unlike the Palestinians had resettled people whose lives had been uprooted, be they settlers from Gush Katif who had found new homes after the 2005 disengagement, including in Yad Binyamin; refugees from the Holocaust and refugees from Arab countries.

The prime minister continued: “Haven’’t uprooted people come to us from all kinds of countries? Holocaust survivors who were torn from their land? From communities that they had lived in, in Lithuania – for 500 years, from Poland – for 1,000 years. They were uprooted, survived and came here. Did we leave them as refugees? No, we absorbed them, from Arab countries as well. They were uprooted, from the same war, the war of liberation. Hundreds of thousands of Jews who came here as refugees without anything; they left all their property behind. We did not leave them as refugees; we turned them into equal citizens, who contribute, in our state.”

The Palestinians however had failed to absorb refugees, Netanyahu said, but instead sought to perpetuate their situation. “This is not what is happening with the Palestinians. There they created a unique institution, 70 years ago, not to absorb the refugees but to perpetuate them. Therefore the US has done a very important thing by halting the financing for the refugee perpetuation agency known as UNRWA. It is finally beginning to resolve the problem. The funds must be taken and used to genuinely help rehabilitate the refugees, the true number of which is much smaller than the number reported by UNRWA. This is a welcome and important change and we support it.” 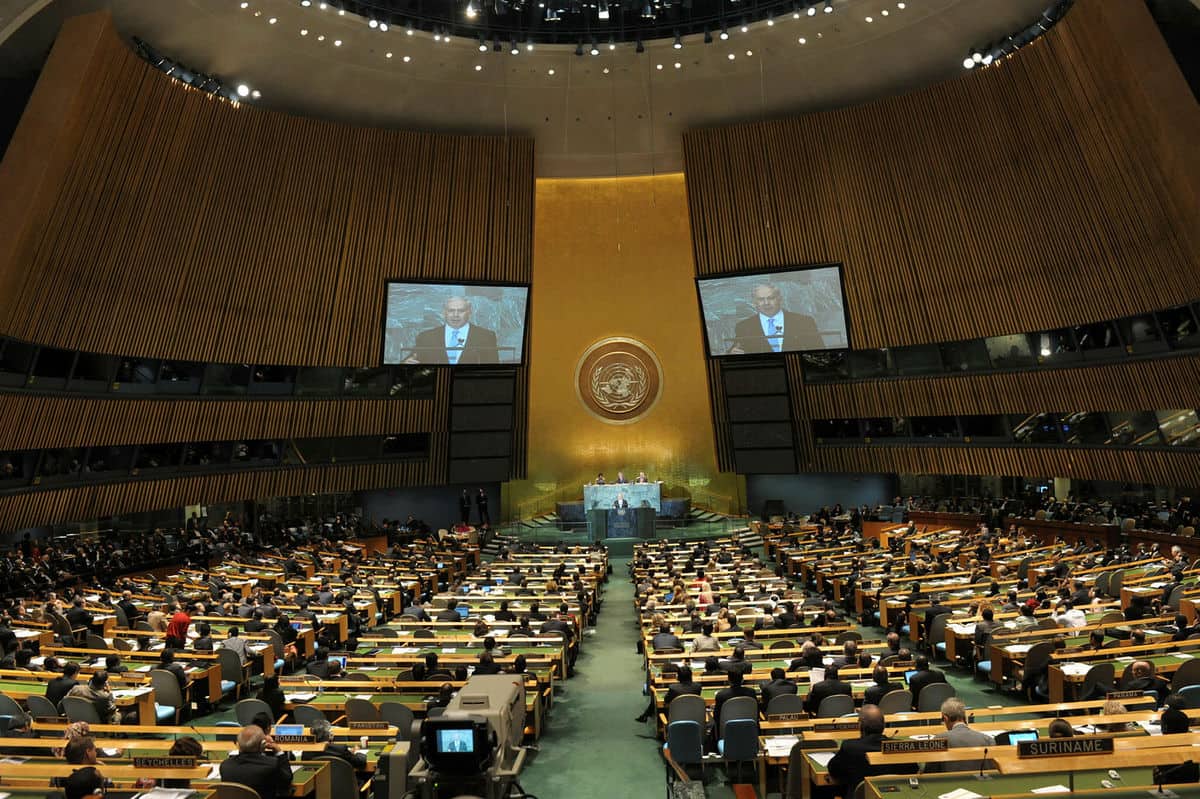 Israel to US: Don’t Cut Funding to UNRWA Activity in Gaza

Israeli officials have requested the United States not to cut funding for the United Nations Relief and Works Agency for Palestine Refugees (UNRWA) in Gaza, due to concerns that it may push the humanitarian crisis in Gaza over the brink of disaster, the Israel Hayom daily reported Monday.

In January, the administration of President Donald Trump announced a massive 50% cut to the U.N agency, which traditionally received roughly $150 Million from the US annually. The decision was made following a Tweet by President Donald Trump which read: “We pay the Palestinians HUNDREDS OF MILLIONS OF DOLLARS a year and get no appreciation or respect,” adding that “With the Palestinians no longer willing to talk peace, why should we make any of these massive future payments to them?”

American officials requested Israel’s stance on the matter, in order to determine how much money can be cut from UNRWA’s budget. In response, Israeli security and diplomatic officials stated that while they have no problem with shutting down UNRWA’s activities in Judea and Samaria, as there are plenty of organizations set in place to fill its shoes, they oppose cutting funding to the agency’s Gaza activities, as there are no organizations set to take their place, and it may lead to a massive deterioration in the humanitarian situation in the strip.

While the professional stance of the Israeli security and diplomatic apparatuses is against shutting down the agency in Gaza, the official stance of Israel’s government is actually that UNRWA must be dissolved altogether.

In January, following President Trump’s announcement, Prime Minister Binyamin Netanyahu said: “UNRWA is an organization which perpetuates the refugee crisis of the Palestinians, as well as perpetuates the narrative of the [Palestinian] ‘right’ of return in order to destroy the State of Israel,” adding that “This is an organization that was established 70 years ago exclusively for Palestinian refugees, while there already exists a UN High Commissioner to deal with the rest of the world’s refugee problems… This absurdity must cease.”

At the time, Netanyahu suggested that the funds meant for Gaza be diverted to other UN agencies working in Gaza, however, today’s report suggests that that is not possible or practical, as UNRWA is not only the only organization in Gaza with the capacity to operate in Gaza, but also the largest employer in Gaza.

Following the American announcement in January, Israel’s Foreign Ministry tried to find a compromise on funding UNRWA, as it too believes closing down the agency’s operations would push Gaza past the point of no return. However, the suggestion that Israel was working behind the scenes to moderate Trump’s threats generated criticism within the prime minister’s Likud Party and within the coalition.

Public Security Minister Gilad Erdan said in response to the reports that he “finds it hard to believe that Israel’s Foreign Ministry is opposed to defunding UNRWA,”  an organization he said “perpetuates the Palestinian refugee problem instead of solving it.” Accusing UNRWA of “supporting terror in various ways” Erdan said: “This is the organization the Foreign Ministry is protecting from defunding? I truly hope that is not true.”

Education Minister Naftali Bennett, head of Likud’s coalition partner, the Jewish Home party,  said “UNRWA is a terror supporting organization. It’s very existence perpetuates the dire state of the people of Gaza, who are being oppressed by the Hamas regime. Support to the people of Gaza should be no different than the support of the people of Syria who are suffering under a terror regime, or from any other group of descendants of refugees anywhere else in the world… I expect all government bodies in Israel, including the Foreign Ministry, to support a decision to defund an organization which employs Hamas terrorists and hides their rockets in its schools.”