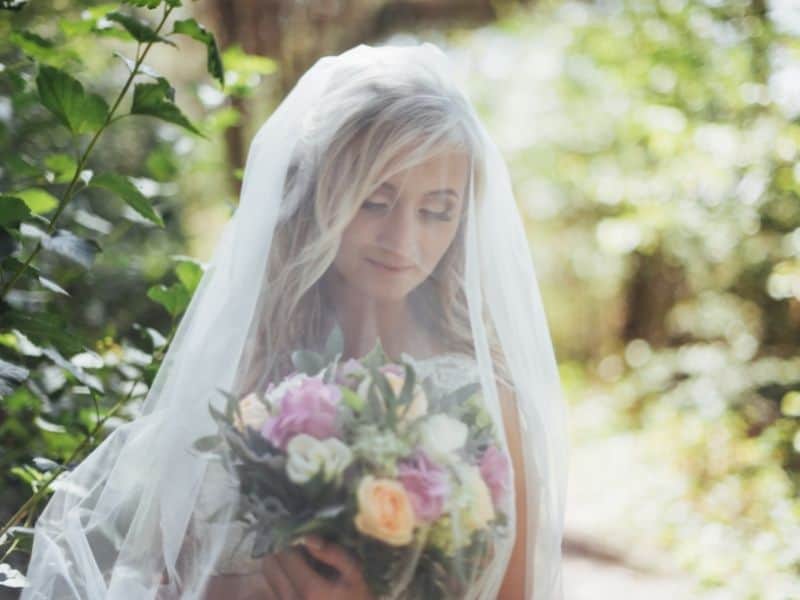 The Biblical Roots For The Veiling Of The Bride

The month of June, famous for being the “month of weddings”, is now fast approaching. With its perfect weather, it is no wonder why many couples decide to celebrate their matrimony within the month.

Veiling of the Bride

Wedding ceremonies are constantly reinvented to fit the families’ culture and style. This includes customs like receiving dowries, white bridal gowns, exchanging of rings, and others.  Even so, the sacredness and importance of the union have been intact throughout the ages.

With that said, do you know that the veiling of the bride has its biblical roots? Although it is still seen in modern ceremonies, this particular wedding custom is dated back in the Bible.

The Jews call this practice Badekin. It literally means the veiling of the bride by the groom before the wedding. According to Jewish Virtual Library, the act of veiling signifies the groom’s first step of commitment to protect and clothe his wife. Moreover, it also represents the covering of a treasure of which someone highly values, or in this case, a bride to her groom.

The veil symbolizes the idea of modesty and conveys the message that no matter how attractive physical appearances may be, the soul and character are paramount. This is also in remembrance of Rebekah’s gesture when she first met her groom.

In the Bible, the wearing of the veil is firstly seen in Genesis 24. We remember Abraham’s quest to look for a suitable wife for his son, Isaac. So, he commanded his servant to return to their former hometown and search for a wife for Isaac. There, the servant found Rebekah and asked her permission to be Isaac’s wife.

And in the most awaited moment when Isaac and Rebekah meet, she took her veil and covered herself (Genesis 24:65).

However, the act of veiling the bride by the groom before the ceremony also has its biblical roots. We are familiar with Jacob’s story and his two wives, Leah and Rachel. Laban, the father of the two girls, tricked Jacob into marrying Leah by heavily covering her with a veil, instead of his beloved Rachel.

So, that the Jewish grooms would not repeat the history, they are the ones that cover their soon-to-be wives with a veil.