BREAKING
Israel-led Team Solves Mystery Why Lightning Strikes Fewer Times Over The Ocean...
Tourism In The Holy Land Is Soaring Back Up To Pre-Pandemic Highs
Lapid Speaks Directly To Palestinians—Offers Them “Another Way” Out Of The Ongoing...
Home Tags Posts tagged with "Venezuela"
Tag: 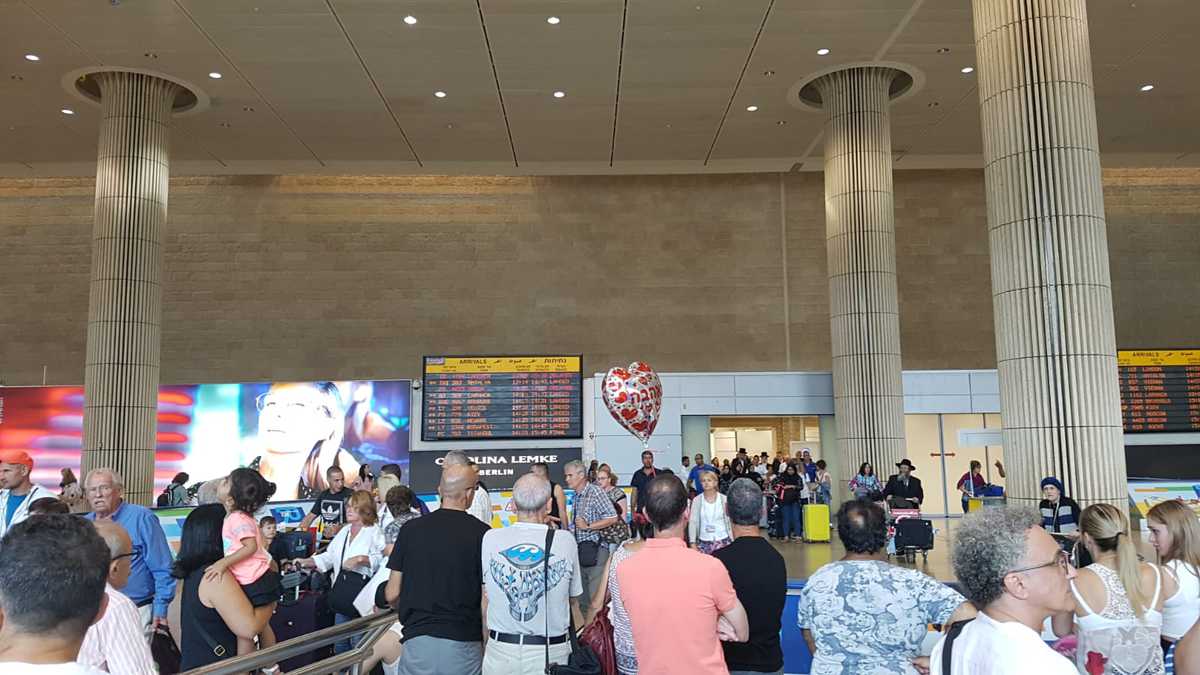 A a 75-year-old resident of Caracas never thought much about immigrating to Israel, but a few months ago he decided he could not stay any longer. He will arrive in Israel this month together with couple and a family with two children.

“Most of the shops are empty here.  You can find food only in very special places at very high prices. Only people with foreign currency can afford to buy food. I lost more than 10 kilos in the past year,” he said via a WhatsApp call from the Venezuelan capital.

Venezuela’s Jewish community was once one of the largest in South America, counting some 25,000 in 1999, but the country’s Jews are fleeing the country amid the collapse of the political and economic system under President Nicolas Maduro. According to the Jewish Agency, only a few thousand Jews remain in Venezuela.

“Because of the rapid political changes in Venezuela, it is very hard to get a precise number of the Jews there. According to community representatives that we are in contact with there are still few thousand Jews living there,” Yigal Palmor, director of public affairs and communications for the Jewish Agency, told TPS.

Despite having the world’s largest oil reserves, the Venezuelan economy has collapsed as a result of the economic mismanagement of the late president Hugo Chavez since 2010 and the current president, Nicolás Maduro, a former bus driver, who came to power in 2013, has fared no better.

Due to Venezuela’s worsening economic and political crises, not only Jews have been fleeing the country in growing numbers. According to United Nations figures, more than two million Venezuelans are now living outside their homeland.

“I am running away from my country, I can’t live here anymore. I am in continuous stress due to crime, lack of healthcare and a general lack of security,” said.  A. who was a professor at the veterinary faculty of the University of Caracas.

He added that he feels lucky to have the possibility to leave the country. “My colleagues who still work at the university earn $3 to 5 $ a month…there are no cars in the street because the replacements parts are too expensive, you can be kidnapped at any moment,” he said.

Next week, A. will lock the door of his apartment for the last time and give the keys to a friend who will take care of it.

“I can’t sell my house, is a very nice apartment but nobody has the means to buy it. Some rumors say that the regime wants to take over the assets of those who left the country.”

Despite the absence of an Israeli Embassy in Caracas, Israel has been working behind the scenes to help the remaining Jews come to the Jewish State.

“When I decided to move to Israel, I contacted the Jewish agency representant in Caracas, who helped me with all the papers,” A. said.

Upon arrival,  he will be welcomed by his sister Miriam, 69,  who left Venezuela ten years ago and now lives in Modiin, near Tel Aviv.

“When I left the situation was already very bad. I used to walk in the streets a lot, and I noticed the increasing dirt in the streets. Also, the people were not nice anymore. It was clear to me that I had to leave as soon as possible “ Miriam told TPS.

Professor Yuli Kertznus, 74, works in the  “ Hospital de Clinicas Caracas”, the main private hospital of Caracas as an interventional cardiologist. He is one of the few Jews who has decided he will not flee Venezuela despite the situation.

“My wife wants to leave but what will I do in another country, I am too old to begin working in a new place,” Kertznus told TPS in a phone call.

Kertznus was born in a concentration camp in Transnistria in 1943 and arrived in Venezuela with his parents in 1947.

“This country was a paradise, my parents arrived as Holocaust survivors with nothing and had a very good life, now the country is governed by a criminal gang,” he said.

The economic situation is so bad that Kertznus is paid for a consultation 600 bolívar Soberano, Venezuela’s newly introduced currency, which wiped five zeros off the bolívar fuerte because of hyperinflation, an amount enough to buy 5 bottles of Cola.

“I can’t charge more, the patients can’t afford it,”  he said. “My hospital is still the best in Venezuela,  but I don’t know for how long, we don’t have medicines anymore, even antibiotics”

Kertznus says some thirty percent of the doctors at his hospital were Jews, but now most of them have left for Miami, where his son works as a doctor. “He sends me the medicines I need for my patients,” he said.

“ My brother left Venezuela a few years ago, he was 58 years old, he now works in Tel Aviv Sourasky (Ichilov) Medical Center, and he is very happy, I wish I could be brave as he was and leave Venezuela, but I am not.”