BREAKING
Cancer Patient Survives A ‘Death Sentence’ & Receives A Surprise From Jennifer...
TikTok Kid Preacher Feels God In His Prayer Time; “I Am Not...
“Jesus Appeared To Me Twice So That This Message Will Be Delivered...
Home Tags Posts tagged with "Venus Raj"
Tag: 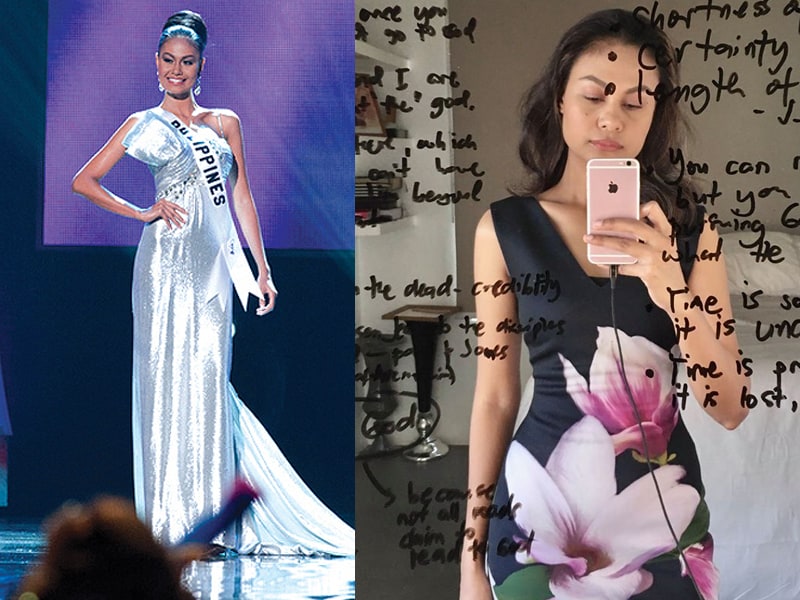 Former Miss Universe Contestant, Venus Raj, reveals the revelation God has given her during the COVID-19 crisis.

Maria Venus Raj y Bayonito, popularly known as Venus Raj, was the fourth-runner-up in the 59th Miss Universe Pageant in August 2010. After the pageant, she became a public figure in the Philippines and soon landed a TV hosting career on the national television station. 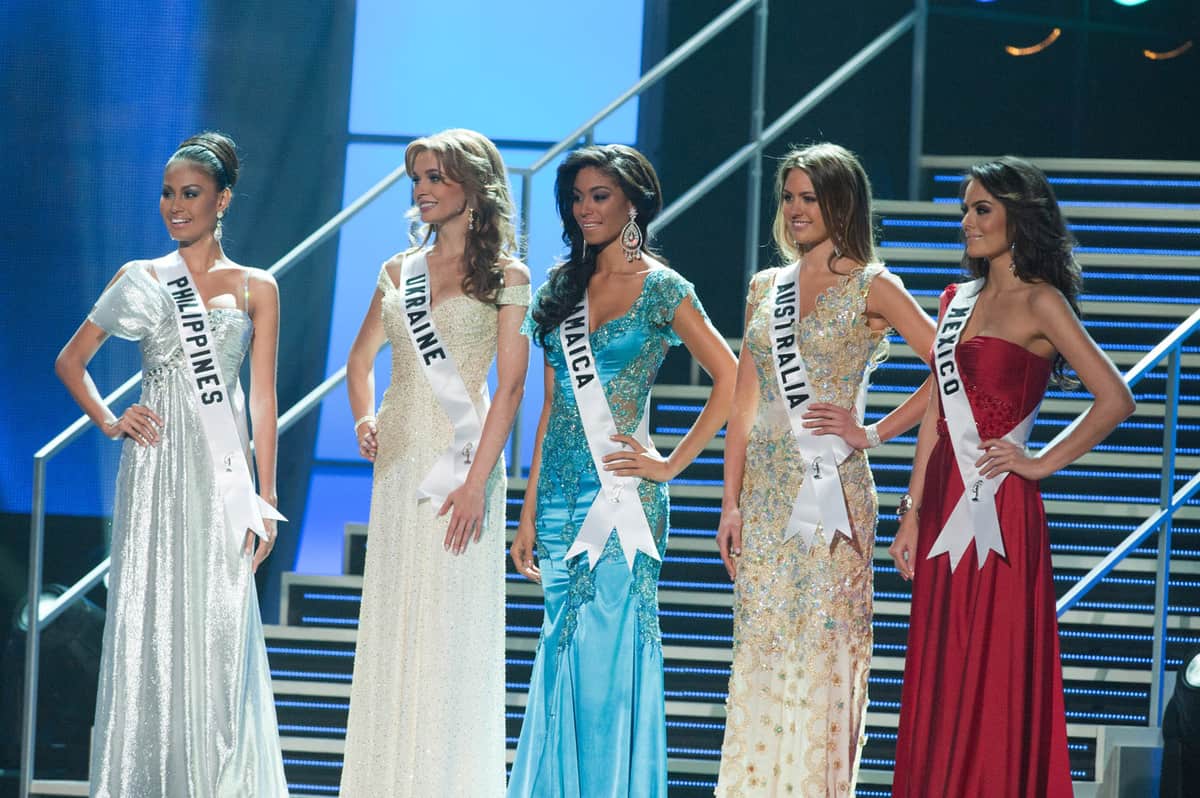 Venus has always been bold and open about her Christian faith and her faith-based views on different aspects of life. Her revelation of how God convicted her to dress more modestly took the social media by storm as she was always been seen wearing such.

On March 18, the beauty queen shared what God has revealed to her during the COVID-19 crisis.

“Here’s how Covid-19 has become a mirror to me: the following day, as I was listening to the news about people rushing to the grocery stores to buy supplies, I thought to myself ‘Good thing I bought my supplies yesterday.’ ‘Good thing I’m ok!’ I even though to myself, ‘good thing I’m single, no kids and husband to take care of,’” she wrote on Facebook. 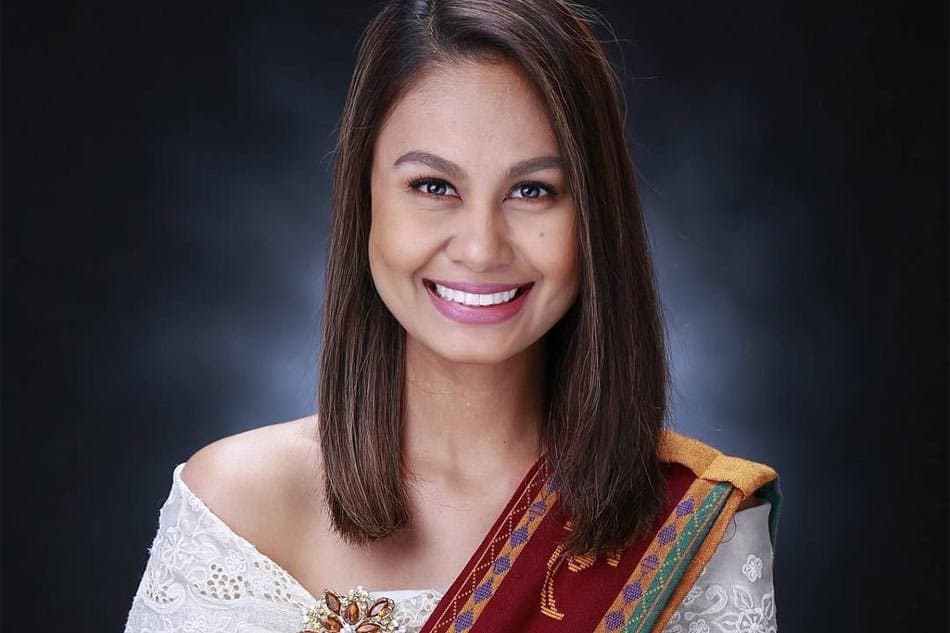 God revealed to her, her own selfish heart and attitude during this ordeal.

“Then it struck me, what a filthy heart that you have right there Venus,” she added. “What a selfish thought! It dawned on me that this crisis mirrors my attitude, this crisis has shown me how selfish I can be. I repented right away and prayed for God to change my heart. And He did.”

Venus then continued to share how she is praying for everyone affected by the COVID-19 before every meal. She is praying for those who have enough money to provide food for their families due to the community quarantine. She was also urged by God to fast and pray for 30 days.

“It was a delight to fast a meal and pray for our government, for the front liners, the doctors and medical people, and those who are in need. This is how this pandemic has changed my perspective and this is how God has shown mercy and grace on my selfish attitude.”

The former Miss Universe contestant then encouraged everyone to reflect on God during this trial.

“How are we responding in this time of crisis,” she said. “Is it in fear? In selfishness, in trust? In compassion, in love? If Covid-19 is a mirror, and a mirror requires a response. How would you respond to the things that God has revealed to you about your character?”

In 2010, Miss Universe 4th runner up, Maria Venus Raj, won the hearts of all Filipinos. She brought the Philippines back to a podium finish after over a decade of trying. In the Philippines, beauty pageants are a big deal and she opened the doors for the country to become a title contender again. But Venus’ journey towards Miss Universe was not just given to her on a silver plate. 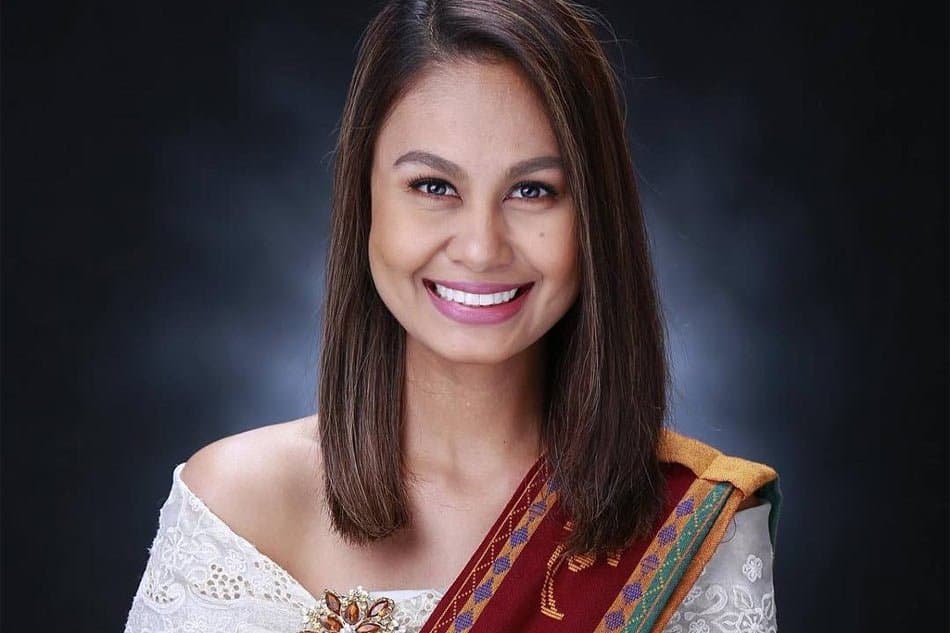 The gorgeous Filipino-Indian woman was born in Doha, Qatar but was raised by her mother in Camarines Sur, Bicol Region. Her mother was a domestic helper in Doha where she met Venus’ Indian architect father. After learning that he wouldn’t support them, just a month after Venus was born, her mother decided to return to the Philippines and raise her by herself. Venus never saw her biological father again, but God gave her a kind, hardworking farmer step-father.

These unfortunate circumstances almost caused her to lose her crown. It became a controversy in 2010 when she won Bb. Pilipinas Universe  but was dethroned due to alleged inconsistencies in her birth documents. The Bb. Pilipinas Organization issued a statement to say that she had lied about her birth information and was disqualified because she was born out of wedlock.

Venus contested the accusations and said that from the very beginning of the pageant she had told everyone the truth of her identity.  She was aware that being born out of wedlock, which hurt her the most, was not grounds for disqualification. She fought hard with the assistance of legal experts and eventually got her crown back.

Growing up on a farm (farmers are considered one of the lowest income-earners in the Philippines), Venus dealt with many challenges and hardships. They didn’t have electricity in their home until she finished high school. However, it never hindered her to do well in her studies, instead it became her ground to pursue her dreams.

Knowing nothing about her father, she felt a huge void in her heart, that led her to undesirable situations and relationships.

“As I grew older, the kind of life I was living caused me to think that satisfaction can be found with life partners. That love can only be found in a man, and poverty can end when you meet your knight and shining armor.

“I had a relationship at the early age of 16 with a man that was way older than me. I was longing for love, protection and for a father figure but I was looking in the wrong places and was with the wrong people.”

Being immature and naïve, Venus stayed in immoral relationships. She thought to give love meant to give everything including her body.

“That kind of practice continued from high school, college, even after I graduated. Thinking that different relationships could satisfy the vacuum in my heart and would give me security.”

In 2008, she joined another local pageant, Miss Earth Philippines, where she met a fellow candidate who is a member of Christ Commission Fellowship (CCF) Church and she convinced Venus to join their small group prayer meeting.

“I remember during the prayer time, I cried saying that I accepted Jesus in my heart. But after that nothing really happened. I don’t know If I really understood the Gospel at that time. There was no transformation in my life.” 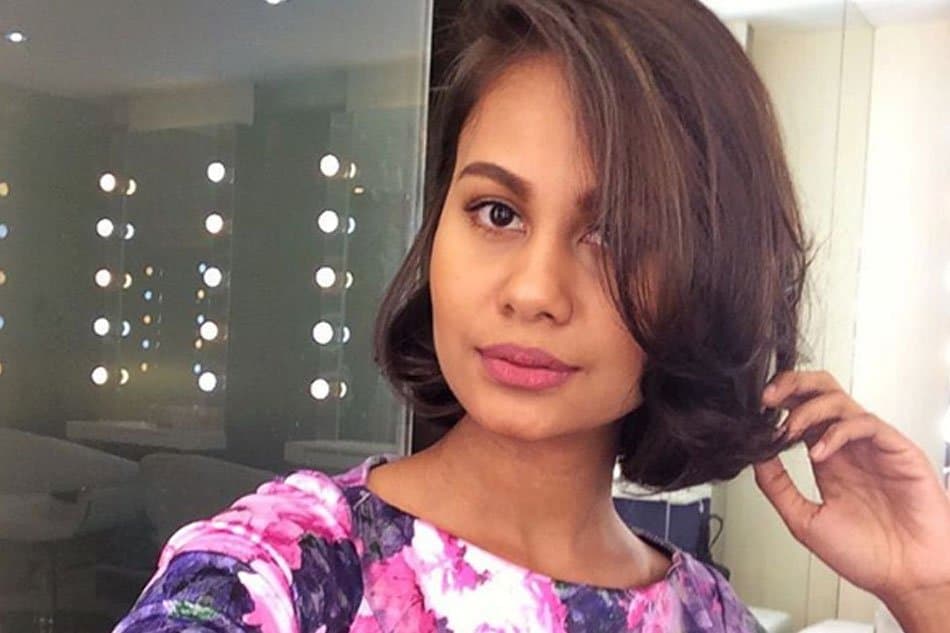 The old has gone and the new has come

After her Miss Universe stint, Venus’ cousin introduced her to her friends in the same church, CCF. They brought her to the church again, she heard the Gospel again, and this time she fully understood the weight of it. In her testimony she says:

“God allowed me to see on that day, how much He loves me and how much He cares for me. And even if I have gone astray, HE being a GOOD FATHER still accepts me in His Family with arms wide open.

“God allowed me to see that I have been living in a sinful life. And because of His love for me, He sent His one and only son, Jesus to live a perfect life that I cannot live and endure a horrific death that was supposed to be for me.

“He died on the Cross so He could be the payment for my sins. He conquered death and sin so I could have an eternal life. On that day I repented from my sins, asked for forgiveness and surrendered my life to Jesus.”

Venus has grown day by day in living the Christian life, but was hesitant at first. “At first I was afraid to commit my life to Jesus. Because I thought I might lose all the things that I had. I was still enjoying my Miss Universe Crown, I hd a new stint in show-business and was able to give my family a comfortable life.

“I was so afraid to give everything to God, because I thought if I fully give my life to Jesus, I might lose everything. “But God’s words in John 10:10 became true to me, ‘The thief comes only to steal and kill and destroy; I came that they may have life and have it abundantly.’

“By God’s grace alone He slowly but surely removed the things that were not pleasing to Him. Immoral relationships, selfish ambition, fear, insecurities other things and replaced these with love, peace that comes only with the Lord.” 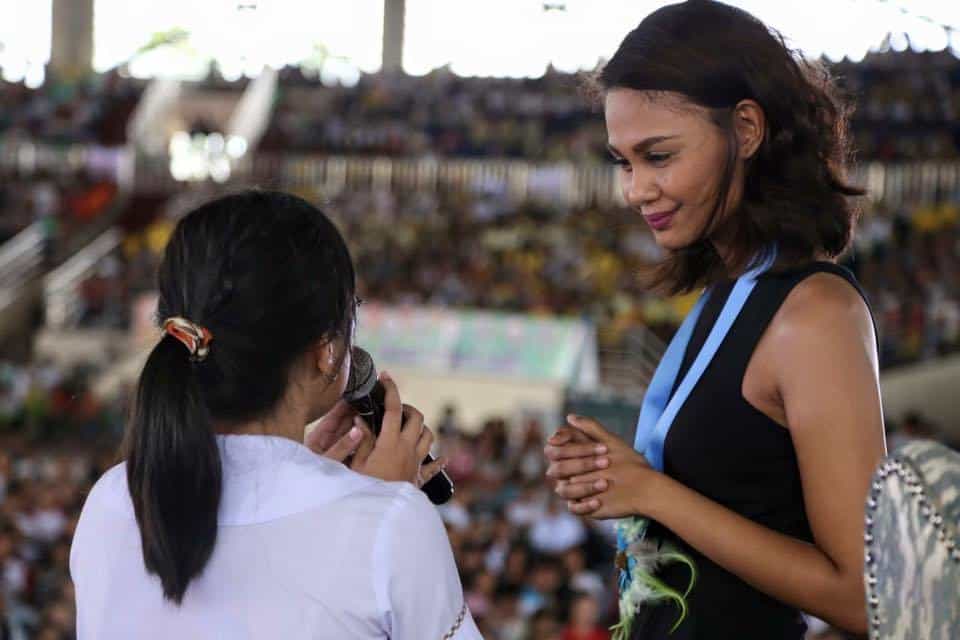 Now, Venus has formed her own small group with eight ladies to mentor and disciple (known as a D-group). It is now her turn to spread the Gospel and tell the world how God transformed her from her sinful life into her Christ-filled life.

Aside from  having her own D-group, she is also serving in the ministry of Kabataan Elevate Organization, a youth organization that reaches out to high school and college students which aims to help young people overcome some of the most pressing issues in their lives like, depression, suicidal tendencies, teenage pregnancy and addiction.

At age 31, Venus has now become an icon for Christians in the Philippines. She has been visiting churches around the country testifying how God has redeemed her and saved her from the works of the enemy. And even in her work as a celebrity, she never fails to confess her faith on television. In one of her guest appearances on a morning talk show, she said:

This was well received by viewers,

“It’s my first time to like Venus. She speaks with substance now! Unlike before, where she speak with full of dramas. Now, she looks real! There is really a huge transformation when you have faith in God. She looks genuinely beautiful inside out. Stay humble Venus! A true Queen.” -Yeahoo

“My fellow Christian Venus Raj. She really answered well, the crown on earth is not important but the crown in Heaven above. Amen.” – Dukkan sweets chocolate and candies store 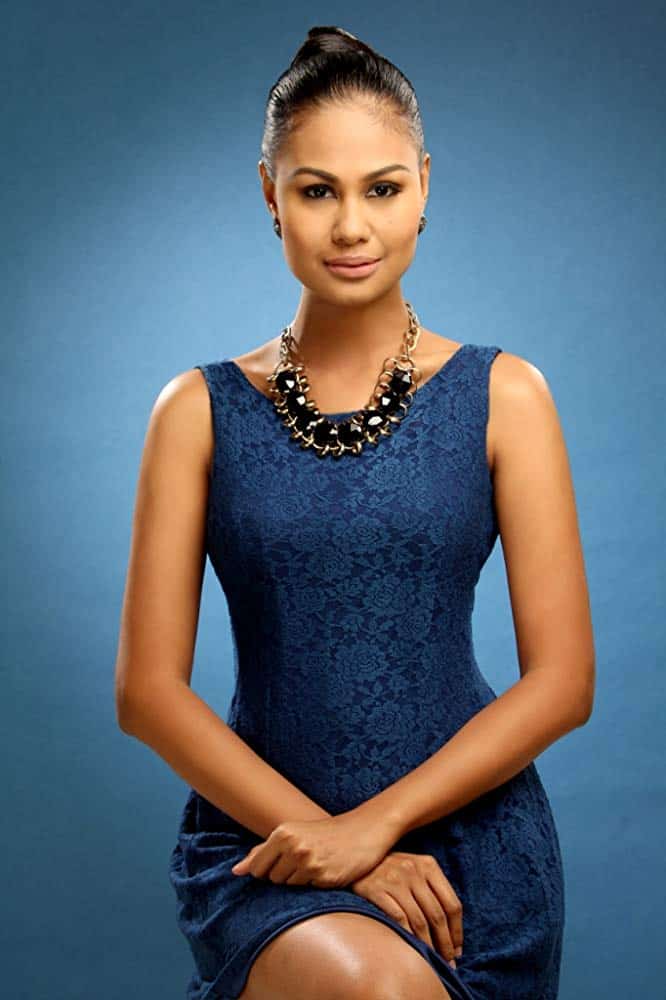 In another TV appearance, she was asked again to answer the question she had on Miss Universe nine years ago. “What is the biggest mistake that you’ve made in your life, and what did you do to make it right?” she answered,