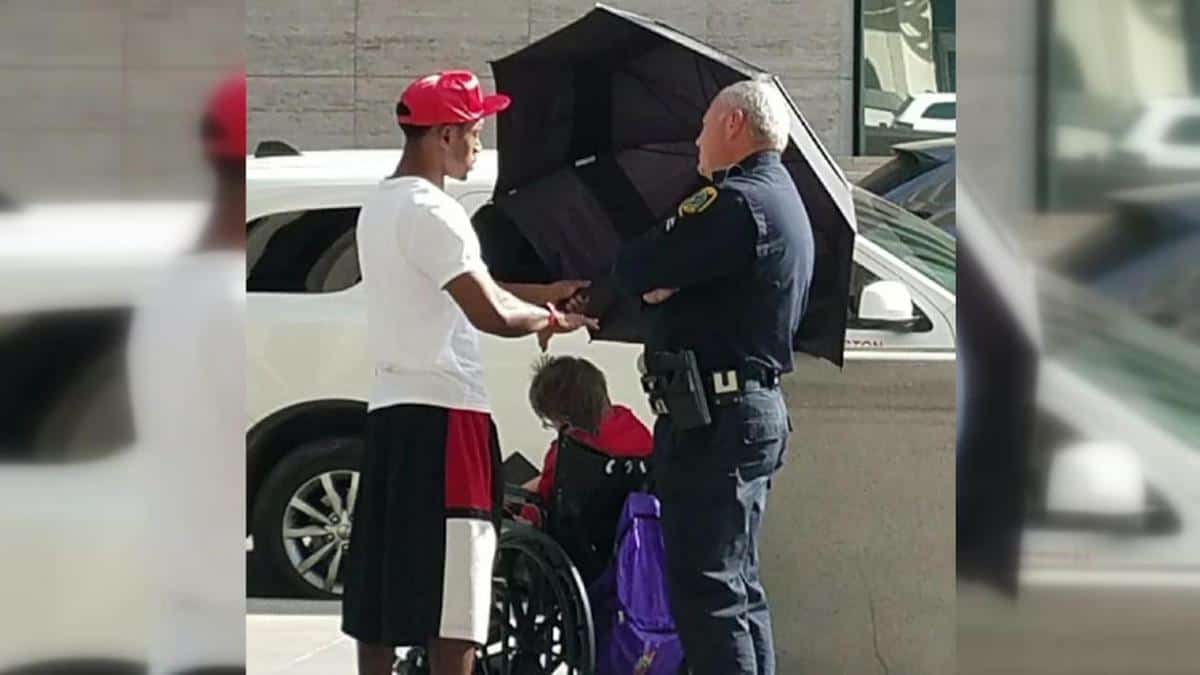 In Texas, a man’s simple act of kindness has gone viral for the reason that simple acts of kindness stories are greatly needed in these times.

Louis Jordan was photographed holding an umbrella to shade an elderly woman from the sun while a police officer curiously attends to the scene in an almost Norman Rockwellesque tableaux.

The elderly woman, “Miss Michelle”, had been waiting for her para transit service and unable to shield herself from the hot Houston sun when Louis saw the opportunity to be of service.

His mother (and no doubt the woman who instilled in Louis such compassion), Vernette Botts, took the photo and posted it on her faith community’s Facebook page, calling him her “Samaritan son”. From there the post went viral.

A warm and humble Louis said he was surprised by the attention and gave God the glory by stating, “I pray that God allows me to be used every day.”

There’s no doubt in my mind that the Lord chose to honor Louis and to use him as an example of Christian charity.

I leave us all with this question: How often are we looking for opportunities to be like Louis? To ask God daily for a chance to be used by Him?

May we all be Louises, looking for moments to be Christ to the world; and Vernettes, teaching the next generation to love thy neighbor.

“For I was hungry and you gave me something to eat, I was thirsty and you gave me something to drink, I was a stranger and you invited me in, I needed clothes and you clothed me, I was sick and you looked after me, I was in prison and you came to visit me… Truly I tell you, whatever you did for one of the least of these brothers and sisters of mine, you did for me.” – Matt 25:35-36, 40