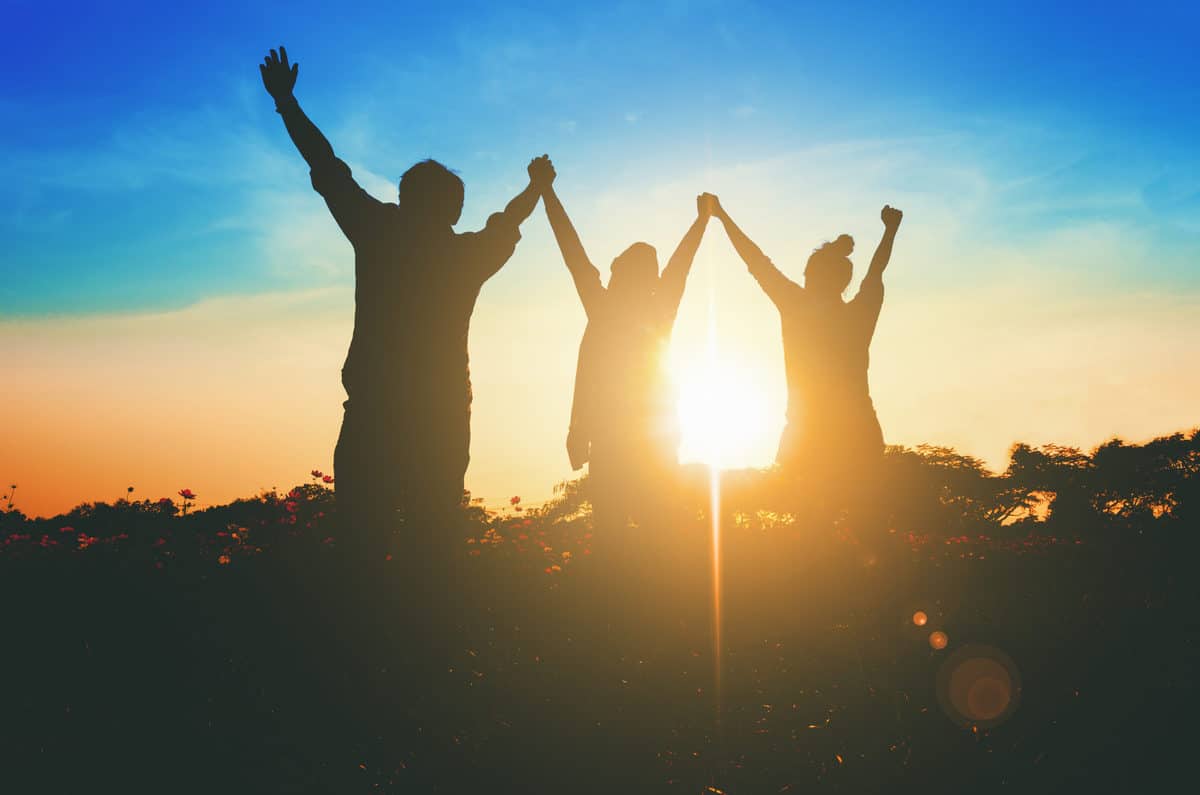 Overcoming Spiritual Warfare By The Power Of The Spirit

Have you been dealing with some spiritual warfare? Are you getting discouraged and overwhelmed with everything going on around you? Let’s look to the Spirit of the Lord and read Hebrews 10:11-17 (NASB).

“Every priest stands daily ministering and offering time after time the same sacrifices, which can never take away sins;  but He (Jesus Christ), having offered one sacrifice for sins for all time, sat down at the right hand of God, waiting from that time onward until His enemies be made a footstool for His feet. For by one offering He has perfected for all time those who are sanctified.  And the Holy Spirit also testifies to us; for after saying, ‘This is the covenant that I will make with them after those days,’ says the Lord: ‘I will put my laws upon their heart, and on their mind I will write them,’ He then says, ‘and their sins and their lawless deeds I will remember no more.’”

Here are 4 points that will encourage you in spiritual warfare:

Forgiveness: When we have complete and total relationship with Christ, the atoning sacrifice and the shed blood of Jesus Christ washes us clean. He writes His laws upon our hearts and will not remember our sins and lawlessness anymore. We will become properly seated with Him in heavenly places.

Favor: Heaven is still pouring this out, even during spiritual warfare. Continue to proclaim, declare, and decree His favor over your life.

Footstools: Jesus’ enemies were made His footstool. Do you want your enemies to be at your feet? Then position yourself by faith to be seated with Christ at His royal table.  You are in complete and total relationship with the Lord. Your enemies will become your footstool and that footstool will become your launchpad as you step into the greater things of God!

Faith: Stay seated and stay steadfast – then those who have been sent to buffet your flesh cannot have an effect on you. They will instead help keep your mind on the Spirit of the Lord and cause you to see things from Christ’s perspective. Some will try to rob you of your favor and steal your joy. Keep your focus on Christ and you will overcome and be victorious in every area!

Release the Glory of the Spirit

God is moving in a mighty way, and He needs you to release His glory upon your enemies. By allowing God’s glory to move through you, you will be able to bless your enemies and declare good things will happen to those who persecute you. This is how the kingdom of heaven gets deposited onto the earth.

Listen, I know you’ve been going through some spiritual warfare. I know things have been coming at you. You feel the buffeting. Don’t let that distract you! Your enemies cannot have any effect on you. No matter how hard they try, they cannot deter you from the calling God has for your life. You are an overcomer. You are victorious in every way! No matter what comes, or better said, tries to come – you have the victory! Encourage yourself in this; encourage someone else today to stay the course and overcome!

Read Also: Favor in the Hebrew Month of Tammuz 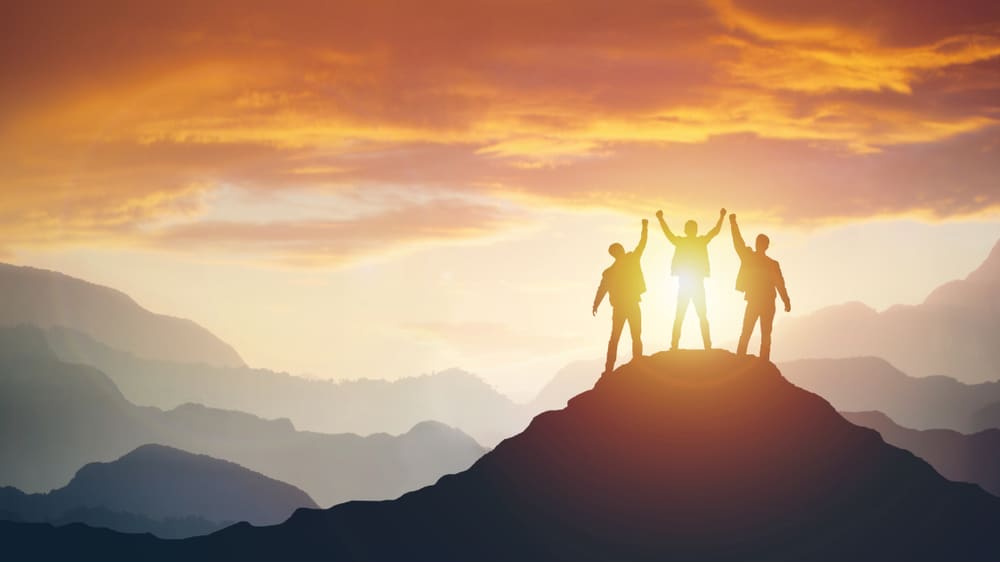 God Is Providing Supernatural Victory In The Face Of Adversity

“You Shall Live and Not Die and Declare the works of the Lord.” (Proverbs 118:17) Fear dominates when the WORD OF GOD IS UNKNOWN. Often we are fearful, confused, and filled with despair because we are without an answer. The best place to start is in the word of God. What does the word of God say concerning our life and the purpose and plan He has for his children? Jeremiah 29:11 says, “‘For I know the thoughts that I think toward you’, saith the Lord, ‘thoughts of peace, and not of evil, to give you an expected end.‘”

God Is Always There

There are times we will have adversity on every side, but we must be confident knowing that God is right in the midst of it all, countering every attack with His word. He has not given us a spirit of fear, but of love and of a sound mind. In our sound thoughts, we can rest assured that Jesus is already proactively on the scene commanding the storm to cease (See Mark 4:39). Because HE IS THE ANSWER!!! (See John 1:1-14)

God’s word encourages, strengthens, and assures us that what’s happening today will not dictate what happens tomorrow. What looks terrible today will soon be restored tomorrow! “For all things work together for the good of those who love God and are called according to His purpose.” (Romans 8:28) 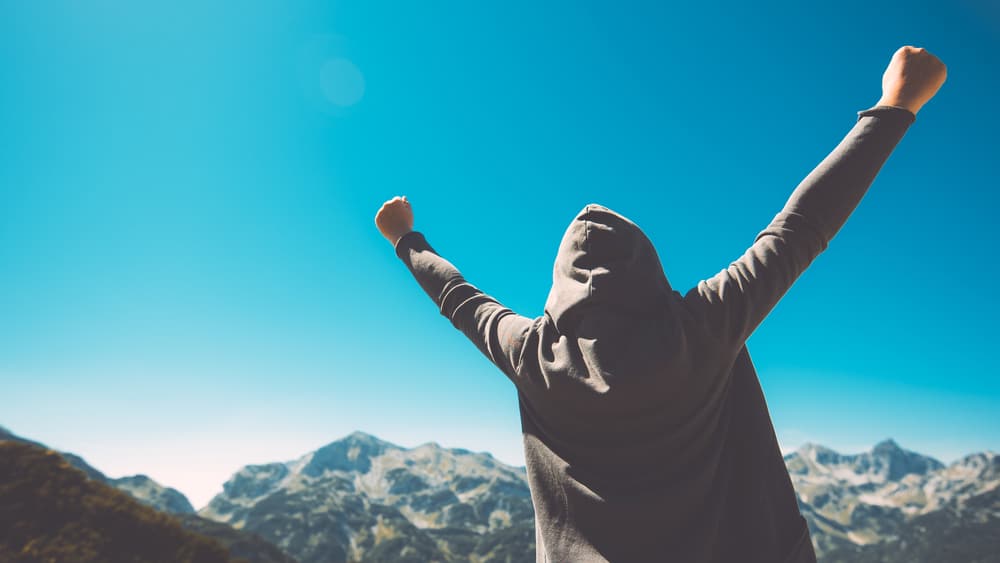 Heaven has heard, and God is already moving! Trust in the Lord and take refuge and joy in His word. Breakthrough is already on the horizon! Very soon, the Lord shall show himself mighty and strong (see Psalm 24:8). The Lord has a way of slowing things down to catch us up to the fantastic things he has in store for us.

There is an “After This” time coming, and in that time, more families shall be united, more souls shall be saved, and the Gospel and resurrecting power of Jesus Christ will have hit more homes than any other time ever seen or heard before. The adversity we are experiencing is just a peek into the explosive revival we are about to experience.

Be encouraged. Manifestation, purpose, and promise also reside in the “After This.” Even in a time where the world seems to be in a chaotic uproar, and we feel as if we don’t have all the answers to the test. Please rest assured JESUS does! Trust God!!!!! WE will come out victorious!!! 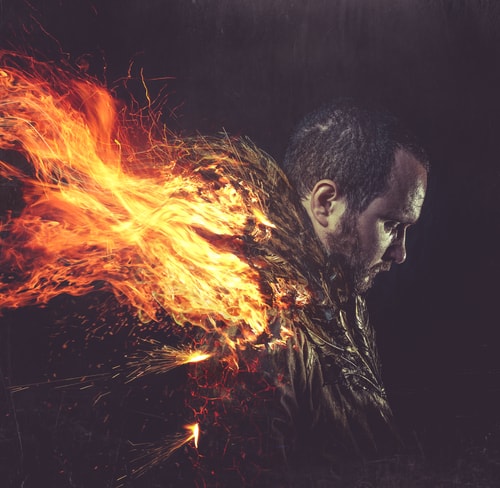 How do you engage in spiritual warfare? If you’re like most, you suit up in the whole armor of God. Maybe you raise your volume. Then you engage in combat! Certainly, that was me for many years before God revealed a different way. And He used the words of an atheist to do it.

I was preparing to write a chapter on the whole armor of God for my book, Silence Satan, when the comment of an atheist on my Facebook page began to play through my mind. “You talk so much about the love of God,” the man noted. “But then you’re always talking about weapons and warfare. If God is so loving, why are you talking about fighting all the time?”

Originally, the atheist’s word stung, and I got defensive. But months later, as I began to reflect upon them again, I heard God whisper something so clearly to me. “Spiritual warfare is not about engaging in combat with a devil that’s defeated,” God instructed. “But it’s about standing in the victory of the One who defeated him.”

The thought was revolutionary to me. For years, I fought the devil with various methods and tactics—ultimately, in my own efforts. And honestly, I saw little victory from it all. But God showed me that it was Jesus’s efforts 2000 years ago on the cross that disarmed the devil once and for all (see Colossians 2:14–15). And His victory is our victory, when we simply stand in it.

A Fresh Perspective on the Armor

With this, I reread about the armor of God, and I suddenly noticed a few things I hadn’t before. Read it for yourself.

“Finally, be strong in the Lord and in the strength of His might. Put on the whole armor of God, that you may be able to stand against the schemes of the devil.” (Ephesians 6:10–11)

First, I observed the emphasis Paul gave to “be strong in the Lord” and in His strength. Then as I continued to read through the armor, I saw that Paul continued to charge us, not to fight, but to stand. In fact, a form of the word “stand” is used four times throughout the passage.

This certainly changed the way I wrote the chapter. Instead of teaching how the armor is useful for constant battle, I explored how every article that we’re given—belt, breastplate, shoes, shield, helmet and sword—are all aspects of what we’re already clothed in when we’re clothed in Christ. It’s all about being “in the Lord,” after all. (Get entire chapter, which I titled, “The Uniform of the Righteous,” in my book, Silence Satan.)

Paul assures that despite whatever we face, “Overwhelming victory is ours through Christ, who loved us.” (Romans 8:37) This is an incredible promise that I encourage you to declare over yourself. 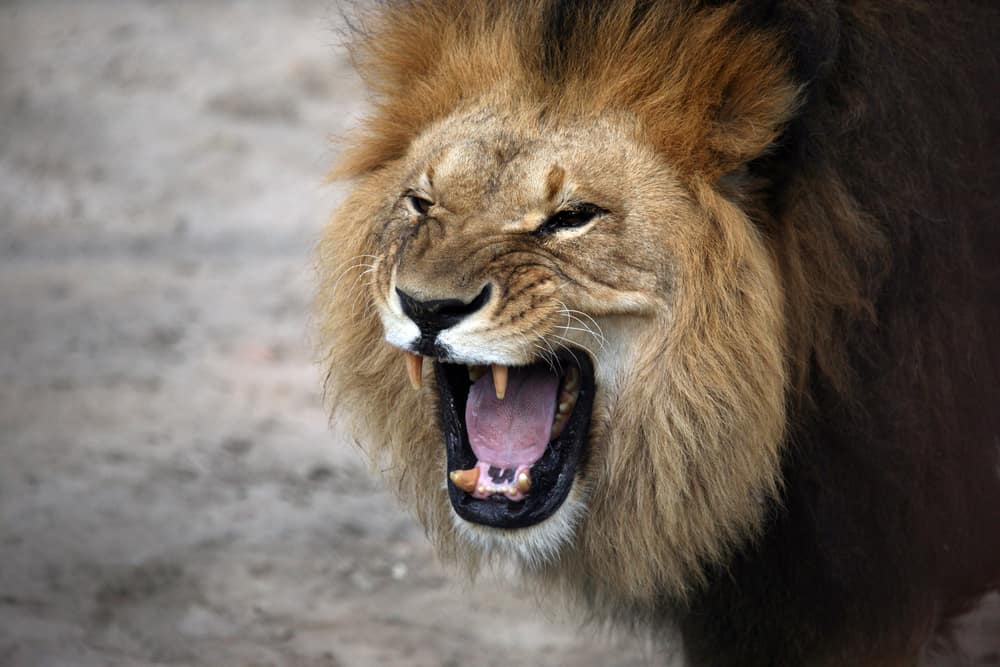 Facing Fiery Trials? Don’t Back Down!

Don’t Back Down When Facing Trials

Pastor Palitha Jayasooriya is a leader at the People’s Church (Assembly of God) situated in Colombo, Sri Lanka and the author of The Preaching Platform. In this short video he offers encouragement in the face of adversity, using the example of Daniel in the Lions’ Den.

When trials come our way, we must never back down. As Ephesians 6:13 says: “Therefore take up the whole armor of God, that you may be able to withstand in the evil day, and having done all, to stand.” We have to keep standing in the face of fiery trials, just like Daniel in the Lion’s Den. He refused to compromise or give up and God supernaturally closed the mouths of the lions, preserving his life and giving him an extraordinary testimony to share.

If the devil comes to you as a roaring lion, introduce him to the Lion of the Tribe of Judah. If he comes as the king of the beasts show him the King of Kings. Remember the righteous are as bold as a lion and as you trust in Jesus he will not fail you, so keep standing and don’t back down.

Keep trusting God to deliver you from all the trials the enemy may bring, through His supernatural power!