BREAKING
Israel-led Team Solves Mystery Why Lightning Strikes Fewer Times Over The Ocean...
Tourism In The Holy Land Is Soaring Back Up To Pre-Pandemic Highs
Lapid Speaks Directly To Palestinians—Offers Them “Another Way” Out Of The Ongoing...
Home Tags Posts tagged with "Vietnamese Church"
Tag: 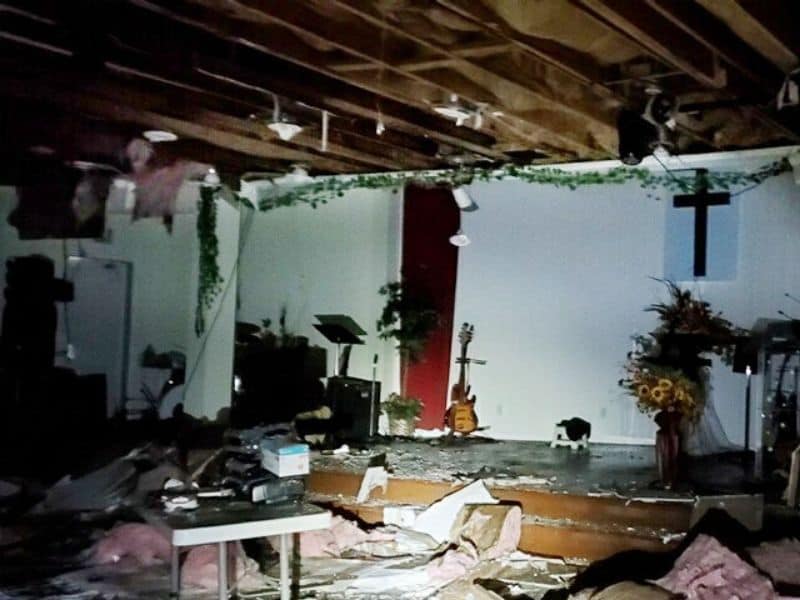 God Answers The Prayers Of A Pastor In Philadelphia

The series of riots and unrest in Philadelphia has caused destruction of buildings and properties, including a Vietnamese Church. However, the devastation of the church building has not stop the pastor from claiming that God still answers prayers.

On the second night of the violent protest, rioters burned down the Vietnamese Baptist Church pastored by Philip Pham. He recalled receiving a late-night call from a church member whose friend saw the flames engulfing the sanctuary.

Sadly, they reported the whole facility was lost. He said, “They burned it from the roof. They threw flammable chemicals on the roof and [flames] burned through the roof.”

A Vietnamese Baptist church was burned in Philadelphia last night. The Pastor says they poured a chemical accelerant on the roof and set fire to the building. Video of the aftermath of the fire. (video from Baptist Resource Network FB) pic.twitter.com/CTHGo7lENX

Philip told the media that he doesn’t know why the rioters set the church on fire.

Despite the tragic incident, Philip still praises God. He explained that God knows the church’s needs and the biggest thing he was concerned about was not harmed. The three hard drives containing 15 years’ worth of immigration paperwork, tax filings, and several documents remained undamaged.

“I prayed right away,” Pastor Philip shared. “God, please protect the hard drives.” He mentioned that other stuff can recover but those files will never recover.

To his amazement when he went to the sanctuary the next morning, God answered his prayer. “I saw the routers and modems and things surrounding the hard drives all burned and melted. But that piece of hard drive, no harm. No harm at all. Just two feet above that, all melted. That is amazing how God knows our needs and answers our prayers. He is almighty God. He granted our prayer.”

Today, Pastor Philip is asking for prayers for the church members. “Pray for their faith to take deep root in the love of God so they can be steadfast in Him. Not focus on the problem, but focus on Jesus. Please remember us in your prayers.”

Meanwhile, Ronnie Floyd, president of the Southern Baptist Convention’s executive committee said he was grieved by the event.

“We are praying for Pastor Pham as he seeks to rebuild and to minister the community,” he stated. “We must pray that our churches who are caught in the middle of senseless violence can be a light for the Gospel in their cities.”