BREAKING
Cancer Patient Survives A ‘Death Sentence’ & Receives A Surprise From Jennifer...
TikTok Kid Preacher Feels God In His Prayer Time; “I Am Not...
“Jesus Appeared To Me Twice So That This Message Will Be Delivered...
Home Tags Posts tagged with "viral sisters"
Tag: 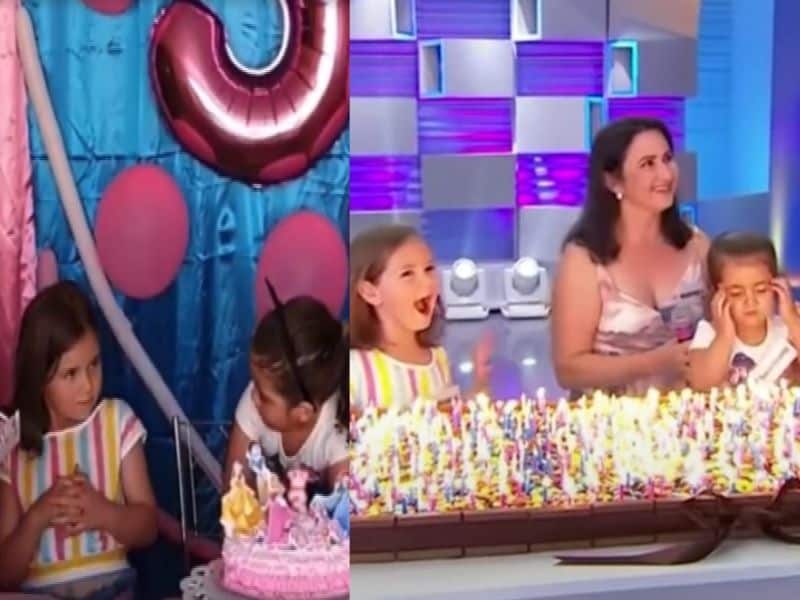 The Brazillian sisters went viral when people relate to their sibling fight as to who gets to blow the candles on a birthday cake. People can’t get over their video that a famous national TV show invited them over to blow 500 candles.

October 18, it was Maria Eduarda’s 3rd birthday, and family and guests were celebrating with her. She was enjoying her spotlight, as family members sang “happy birthday.” When it was finally time to blow her candle, her 6-year-old sister, Maria Antonia stole her moment. Antonia was a second faster in blowing the candle, to Eduarda’s horror.

The 25-second video captured how Antonia looked smug after the deed even doing a little shrug with her shoulders. To this, Eduarda shrieked in anger and yanked her sister’s hair. Even after the small brawl, Antonia did not show any remorse.

The family had to re-light the candle to calm little Eduarda. According to their aunt, Gabriela Aureluk, what people did not see was that Antonia helped pacify her sister by helping her cut the cake.

Gabriela told the media, “I started shooting the congratulations and Maria Antonia was there with a frown. Because she didn’t want to be singing congratulations to her sister. And Maria Eduarda was happy [to be the center of attention at her birthday]”

With regard to the aftermath, she said, “Maria Antonia… even went there, helped her sister cut the cake. It’s that relationship of sisters. One hour they are slapping, another time they are hugging.”

The sisters captured the media and were invited to Brazil’s most popular Sunday news program. The staff prepared 500 lit candles to accommodate the sisters’ fulfillment. When Antonia and Eduarda saw the bright candles, their faces also lit up.

Watch below how Antonia and Eduarda managed to light off the candles with their powerful breaths.

ALSO READ: Watch: Emotional Video Of Twin Sisters Shaving Their Hair Off In Solidarity Against Cancer