BREAKING
Cancer Patient Survives A ‘Death Sentence’ & Receives A Surprise From Jennifer...
TikTok Kid Preacher Feels God In His Prayer Time; “I Am Not...
“Jesus Appeared To Me Twice So That This Message Will Be Delivered...
Home Tags Posts tagged with "Visit"
Tag: 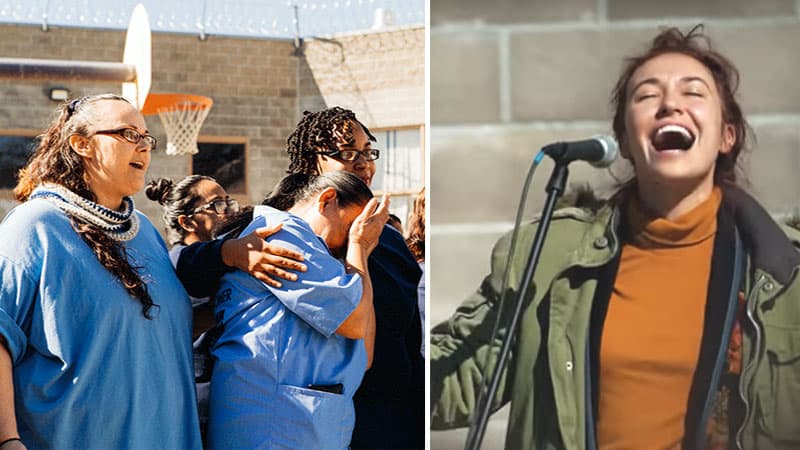 Award-winning singer/songwriter, Lauren Daigle has no problem following the call of Jesus in Matthew 25 to visit those in prison. Her songs so powerfully convey our true sense of self worth and offer hope to everyone, whether in physical or spiritual captivity.

Lauren visited the Statesville Correctional facility last year and Folsom State prison just a few weeks ago, spending time with prisoners and leading them in worship.

On October 5th, 2018, Lauren went to the maximum-security facility in Crest Hill, Illinois that houses 3,500 inmates. She was there to share her talent but God let her experience more than she expected.

“Yesterday was a day that was more than I can articulate. It was a day my eyes had never seen and will never be able to unsee,” she posted on Facebook. As Lauren worshipped with the inmates, she found hope in them.

“We sang songs with inmates whose voices carried deeper into our hearts than the echo of a microphone will ever release. I saw hope in the face of the hopeless, joy in the wake of sorrow, wealth in the gap of depravity, and life in the midst of death. These people have stories, and they also have souls. I watched Heaven befriend those who are often forgotten,” she added.

On February 24, 2019, Lauren had another encounter inside a jail. She visited the woman at Folsom State Prison to have fellowship with them and worship God together.

She also posted a video on her YouTube Channel with a poem from one of the inmates inspired the her song, ‘Look Up Child.’ You can watch it below, written and read to a group of other incarcerated women by Channell.

You will also witness how Lauren found joy and freedom amongst the inmates. “To the ladies of Folsom Prison who are not forgotten, we love you,” she said.