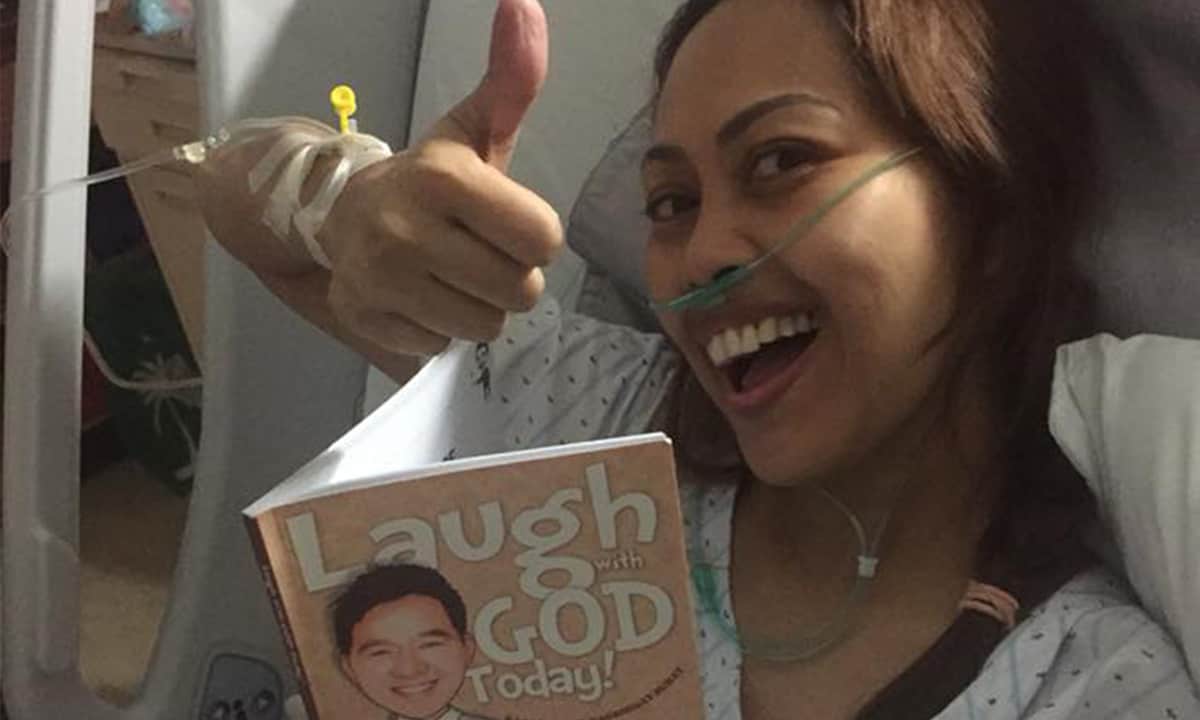 Anna Maria Acorda Kapunan was diagnosed with Recurrent Breast Cancer Stage 4, Negative Three (with lung and bone metastasis). Because of  her sickness, the doctor informed her that she only had four to six months to live. When she learned that she was terminally ill, she went soul searching. She said that she could lose her body in six months but she couldn’t afford to lose her soul for eternity.

She prayed and prayed to God.  She meditated on His Word.  She never questioned God about her situation.  The doctor advised her to undergo chemotherapy but she chose alternative treatment because she didn’t want to spend the rest of her days fighting with negative side effects.

Then most unforgettable moment happened in her life.  Ana experienced difficulty breathing. The doctor had already told her that the inevitable had come. However, a wonderful miracle happened.

“I saw angels surround my room. One angel showed me the window, where I gazed and saw thousands of them lining up but I can not see the end of the path…My next memory, I was dancing in Heaven, in front of a very bright, blinding light.

“There were two of us dancing, both of us looked youthful. It was blissful and serene. For awhile I forgot about the worries of the world. It was so much more convenient to stay. I was dancing! No pain, no difficulty of breathing and I was young again! There was an unexplainable feeling of ecstasy and bliss and serenity at that moment.

“For some reason, I talked to God and made a last bargain, ‘Lord, please don’t take me now, not yet. Not now while my children are crying and begging for me to live. If I die now and You do not grant them their petition, they will hate You forever, and my soul will not be at peace, Lord. I don’t want them to hate You, I want them to love You the way I do.’ ”

She opened her eyes and saw her first visitor.  Suddenly, she heard her daughter screaming to her dad that her mom was well again.  Because of what happened, Anna’s life changed.  She encountered the goodness of our living God.  Her life is a wonderful testimony that our Lord is the miracle-working God.

Don’t lose hope, but have faith in Him.  He works in ways we cannot see.