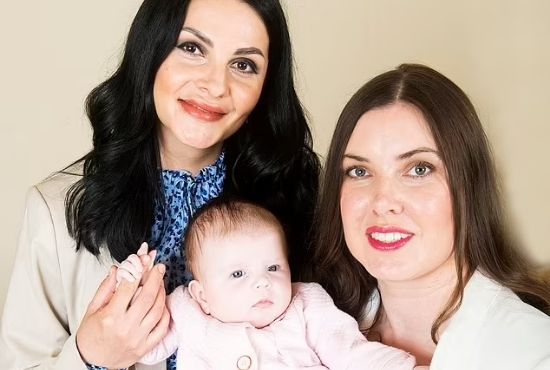 A woman rescued her Ukrainian surrogate who then gave birth to her “miracle baby”.

Heather and Mark Easton from Rugby, Warwickshire had been praying for a child for years. They met when they were 19 and 26 and got married in September 2014. They have been trying to have a baby for years but were still unable to conceive.

The couple went for a test and found out that Mark has a low sperm count. After being referred for IVF, they also discovered that Heather would be in menopause before she reached the age of 40. Additionally, Heather was diagnosed with endometriosis.

Longing to have a child, they endured five rounds of IVF at different clinics. Unfortunately, they weren’t able to get pregnant. They then considered surrogacy after deciding to have a hysterectomy to ease the pain from her endometriosis.

Ukraine is one of the few countries in the world where commercial surrogacy is legal. Thousands of surrogate babies were being born in the country every year.

One of those surrogate moms is Vita Lysenko, a hairdresser, who has always dreamt of buying a home for her family. Her journey into surrogacy started after her husband Andrii, a tiler, saw an Ad post on a bus about it. They decided to give it a try to provide for their family.

In January 2020, Vita first gave birth to twins for a Chinese couple for which she received £14,000. A year later, she again signed up to be a surrogate mom. It was also at that time when Heather finally signed up for surrogacy.

After a deal has been made by the agency between the two parties, the process began. A frozen sperm sample from the Easton couple was shipped to Ukraine. After which, a fertilized embryo was implanted into the womb of Vita.

The two couples often talked to each other while they were waiting for the baby to come. In December 2021, Heather and Mark flew to Ukraine as their baby’s due date approached. On January 27, baby Sophie was born through a caesarean section. Heather was able to have skin-to-skin contact with her baby while Vita was taken to recovery.

“When I looked at her, she looked so much like Mark. She was family,” says Heather. “I thought I was going to cry but I didn’t, I was too excited.”

The joy of welcoming Sophie was tarnished with the fear of the raging war in the country. After making sure Vita was okay, Heather and Mark raced out of the country to ensure their safety. They tried taking Vita’s family with them but they chose to stay behind. 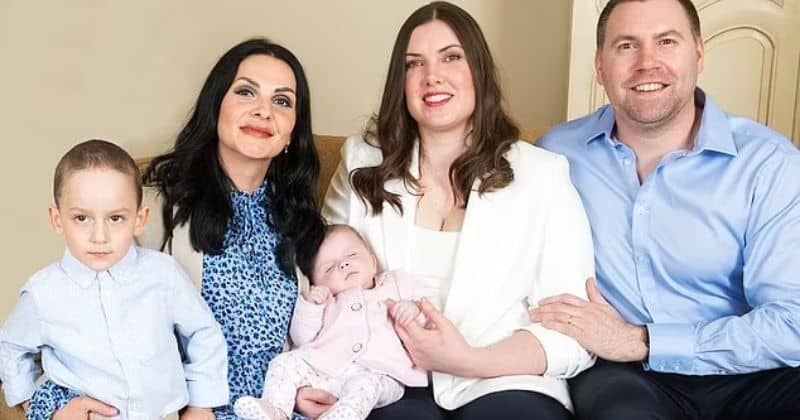 As the war raged, Heather’s worry for Vita’s family intensified. She continued persuading her to come to their home.

“We were in constant contact via the app Viber. Vita spoke of sirens going off and moving in and out of bunkers. I imagined how awful it must have been — her son is only three and she’d just had a Caesarean,” Heather said. “I just begged: ‘Please leave, I promise I’ll get you here. Trust me.’”

She eventually agreed and started their 17-day journey out of the country. Vita, Andrii, their son Nazar and their dog Musy travelled from Kyiv to Ruby, Warwickshire. Heather and Mark arranged all they needed throughout the travel and rented a flat for the family near their home.

The Ukrainian surrogate saved Heather’s life by giving her a child, now Heather saved Vita’s life by rescuing them out of the war.

“Vita saved my life and now it was my turn to save her,” says Heather. “I had to get them out.”