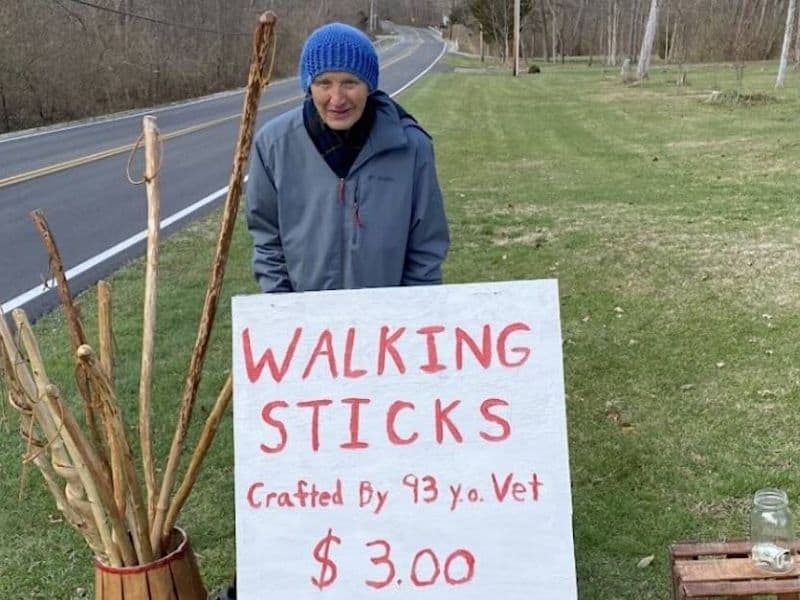 A 93-year-old veteran is whittling walking sticks to help feed people in need. Through this he was able to raise $17,000 for the food pantry!

93-year-old retired Air Force Colonel, John Hobson, is the type of man who never gets tired of being busy. He prefers to do things regardless of his age instead than just sitting around.

“If he just got put somewhere and told him to sit down, he’d go crazy,” his son Mark Hobson, said in an interview. 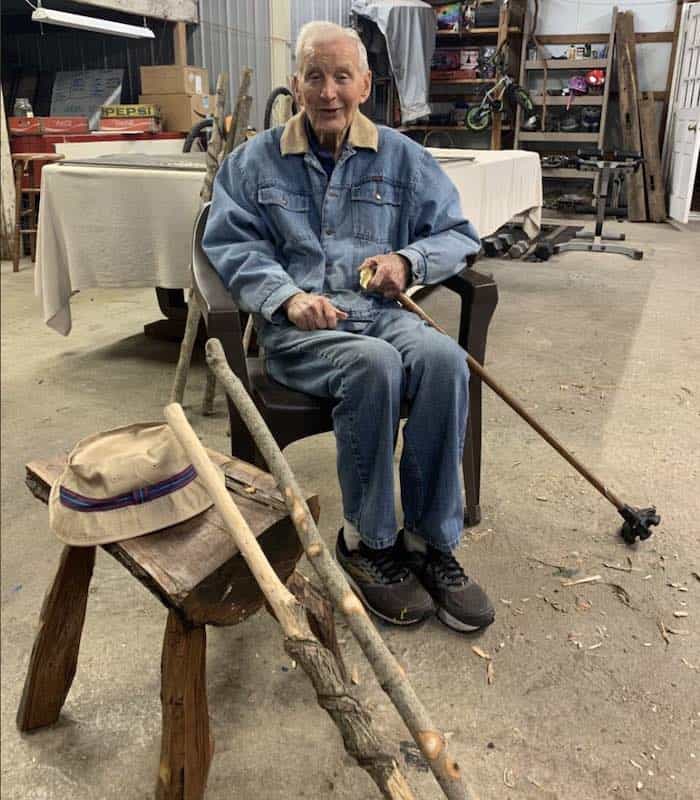 In 2020, as cities were placed on lockdowns, John occupied himself by handcrafting walking sticks. The veteran was able to handcraft close to 100 walking sticks and all the proceeds were donated to a local food pantry. A local Ohio charity outreach group, the Xenia Area Fish Food Pantry, was his beneficiary.

He sold all the walking sticks by setting up a roadside stand in his front yard. Each walking stick was sold for just $3.00 or a food pantry donation.

“He’s just a sweet man who gives a darn about other folks who don’t have [anything],” Mark Hobson said.

In just a few days, his inventory was sold out, having earned about $600. Wanting to help more people in need, his family set-up a GoFundMe page which has raised over $11,000 in a cash donation. With all the proceeds from the walking sticks, the GoFundMe campaign, and the additional donations made by the community, the veteran raised over $17,000 in total.

“Thank you for doing a very kind thing to make Grandpa happy and to make a difference for so many in our community,” Hobson’s granddaughter Jenny Denen wrote.

John alone was able to sponsor about 40 tons of food for the Xenia community in need.

“We have been told by the pantry that a $1 donation generates five pounds of food. That means that we have helped the pantry be able to distribute about 40 tons of food to the Xenia community! What a massive blessing to those in need during this very difficult time.”