BREAKING
Israel-led Team Solves Mystery Why Lightning Strikes Fewer Times Over The Ocean...
Tourism In The Holy Land Is Soaring Back Up To Pre-Pandemic Highs
Lapid Speaks Directly To Palestinians—Offers Them “Another Way” Out Of The Ongoing...
Home Tags Posts tagged with "Wedding gift"
Tag: 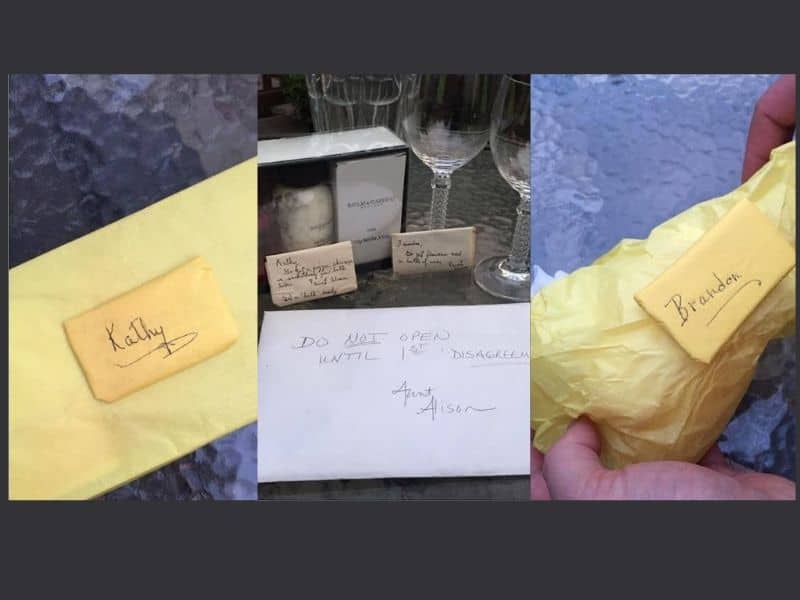 One lovely evening, Kathy and Brandon Gunn reminisced their wedding day over a glass of wine. They were very having a great time when they remembered that they had a wedding gift which had never been opened. Nine years later, they finally unboxed it and received the most meaningful gift.

In an inspiring Facebook post, Kathy shared their enlightening experience. “On our wedding day, my husband Brandon and I received a gift from my Great Aunt Alison,” Kathy recalled. “On the plain white box was a card that read, ‘Do not open until your 1st disagreement.'”

But, the couple had never turned to the box although they had their share of arguments and fights along the years. She explained, “I honestly think that we both avoided turning to the box, because it would have symbolized our failure. To us, it would have meant that we didn’t have what it takes to make our marriage work – and we’re both too stubborn and determined for that.”

“All along, we assumed that the contents of that box held the key to saving a marriage ,” she continued. “An age old trick – unbeknownst to us rookies. After all, my Great Aunt and Uncle had been married for nearly half a century.” 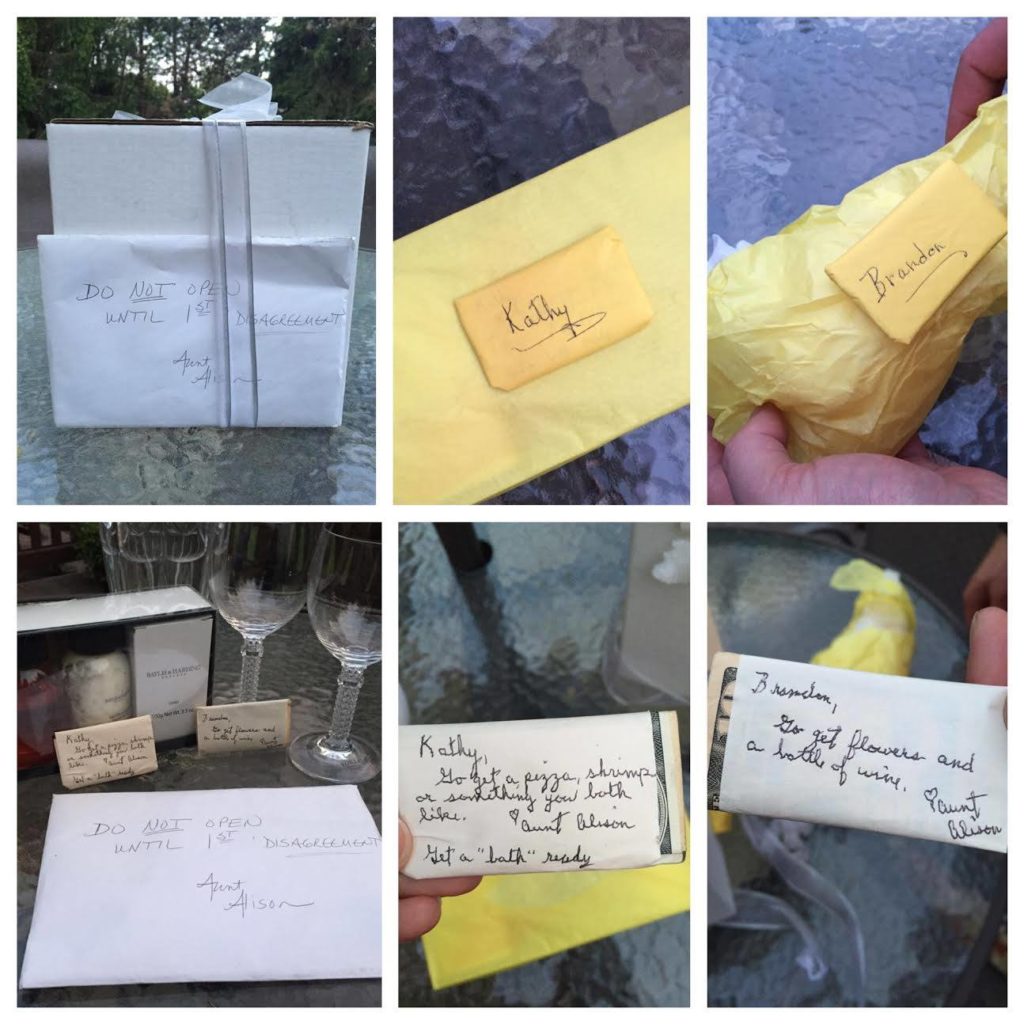 The couple believed that the box would “save” their marriage. But, little did they know that the gift served more than its original purpose.

“For 9 years (and three moves) that box sat high on a shelf in various closets gathering dust. Yet, it somehow taught us about tolerance, understanding, compromise and patience. Our marriage strengthened as we became best friends, partners, and teammates.”

The Gunns finally decided to open the box because they realize that the tools for creating and maintaining a strong, healthy marriage were not inside it. But it is already available inside them.

“It was by far the greatest wedding gift of all,” Kathy said.